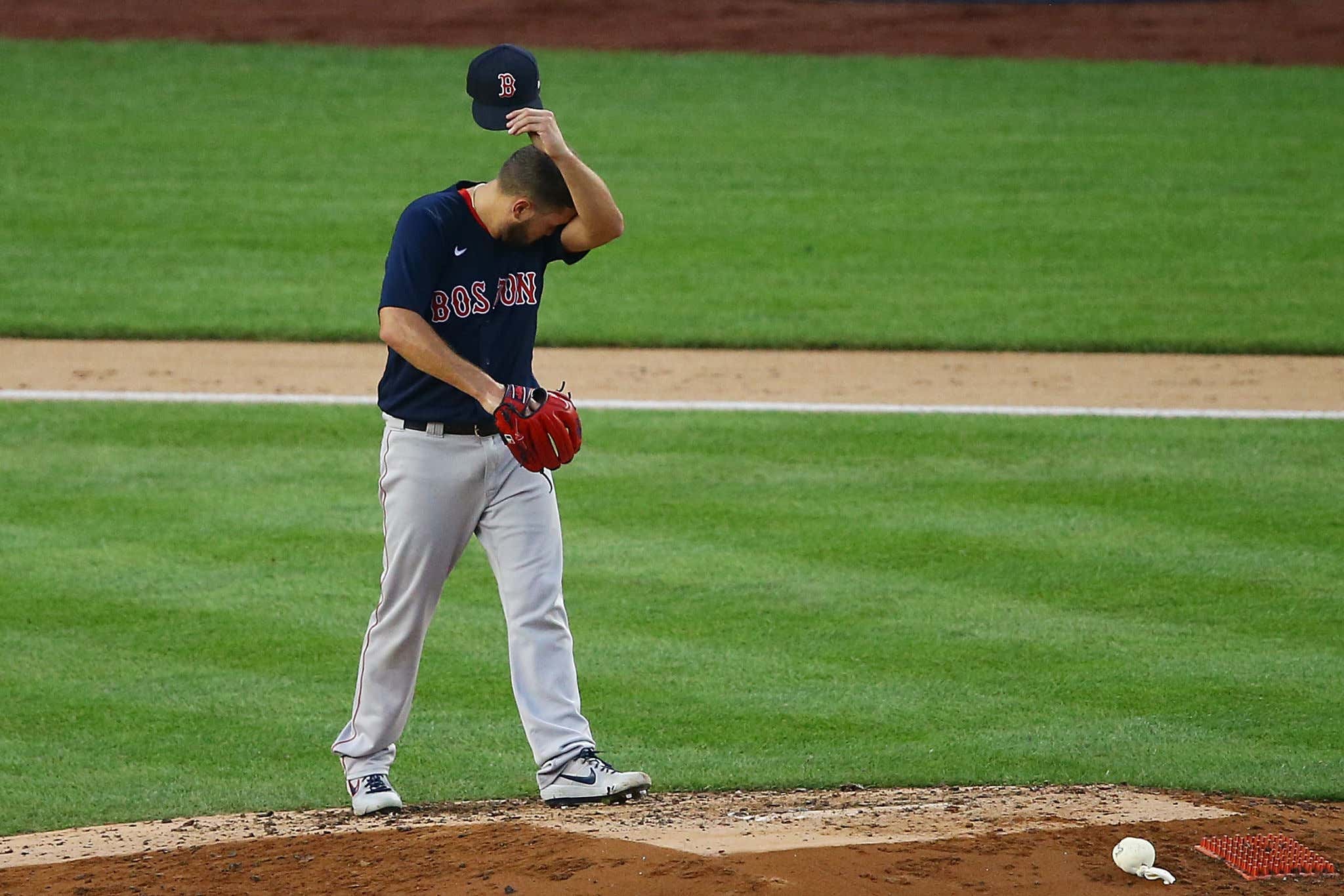 Less than a month away. September 1. We're almost there.

As you know by now, the Red Sox just have to play past the August 31 trade deadline to reset the luxury tax for next season. That's the only thing that matters now. The 60-game season is a blessing in disguise, because A) we don't have to suffer through 162 of these fuckin' things and B) we can be ten games into the season and come to terms with what our situation is. What's our situation? The Red Sox are a dumpster fire. Truly.

Before the season started, I figured they'd compete, be somewhere around .500 and maybe grab one of those bullshit extra playoff spots only to get dusted by a team that actually belonged in October. But now? Jesus Christ, this team stinks. I feel for the hitters, man. I do. Every night, they're looking up at the scoreboard in the second inning, figuring out the math, averaging out how bad it's gonna be by the seventh, trying to figure out a way to hit an eight-run home run just to give the Red Sox a chance.

Like I've said before, I'll watch all the games. It'll hurt on nights like Sunday night when Aaron Judge hits two balls to the moon, one of which wins the ballgame and secures a sweep at Yankee Stadium. But I'm not emotionally invested in this team. I know what the deal is. I've known what the deal was since February when the Red Sox traded Mookie Betts and punted on the season this year. And I've even been called a fair weather fan for that, which is bananaland crazy. I think if you're living and breathing on every pitch of this 2020 Red Sox season like this team has a snowball's chance in hell at competing for a playoff spot, then you're the out of touch one. Sometimes, as a fan, you just have to be real with yourself. The 2020 Boston Red Sox are not a good baseball team. At least, their rotation isn't and the bullpen ain't much to write home about either.

I won't miss an inning. Not just because it's my job, but I've always said that you have to eat shit during the bad years if you really want those championship years to feel as good as they possibly can. After four titles, I can say that the years of losing leading up to 2004 obviously made that championship the mecca of Boston sports, the 2011 collapse and Bobby V's 2012 made 2013 that much sweeter, and last place seasons in 2014 and 2015 made 2018 that much more enjoyable to witness. Just gotta wear 2020, that's all. We're ten games in and this season is absolute garbage. But I'm gonna eat that garbage like I'm goddamn Oscar the Grouch.

I think what made Patriots fans so insufferable to the rest of the sports world was that they just never lost. Didn't know how to lose. Couldn't even drink their tears after a big loss because they had so many big wins to fall back on, and you knew they'd be right back there the next year. And even when they lost, they still at least made it to the AFC Championship Game or to the Super Bowl before going down. No shame in that. But being a Red Sox fan? How about 86 years of losing, one of the worst collapses in baseball history, a bunch of last place seasons sandwiched in between titles, and some of the worst contracts in pro sports history. It ain't all sunshine and roses down at Fenway Park, even for an ownership group that has won more championships than any other team in the sport since taking over the team.

While I'm reluctantly shoveling garbage down my throat, I am, however, enjoying baseball while we've still got it. You've got the Marlins partying in tubs full of COVID, the Cardinals testing positive left and right, and a league telling the players and coaches to tighten it the fuck up or else the season is gonna get cancelled. I'm still more optimistic than most that the season will continue and that a champion will eventually be crowned, but damn. One week into the season and six teams were taken out of circulation. What's that look like two weeks from now? A month from now? Hopefully that was the wakeup call that everybody needed to take this shit seriously, as the whole opting not to do this thing in a bubble is looking more and more like the dumb idea we all thought it was before the season even started.