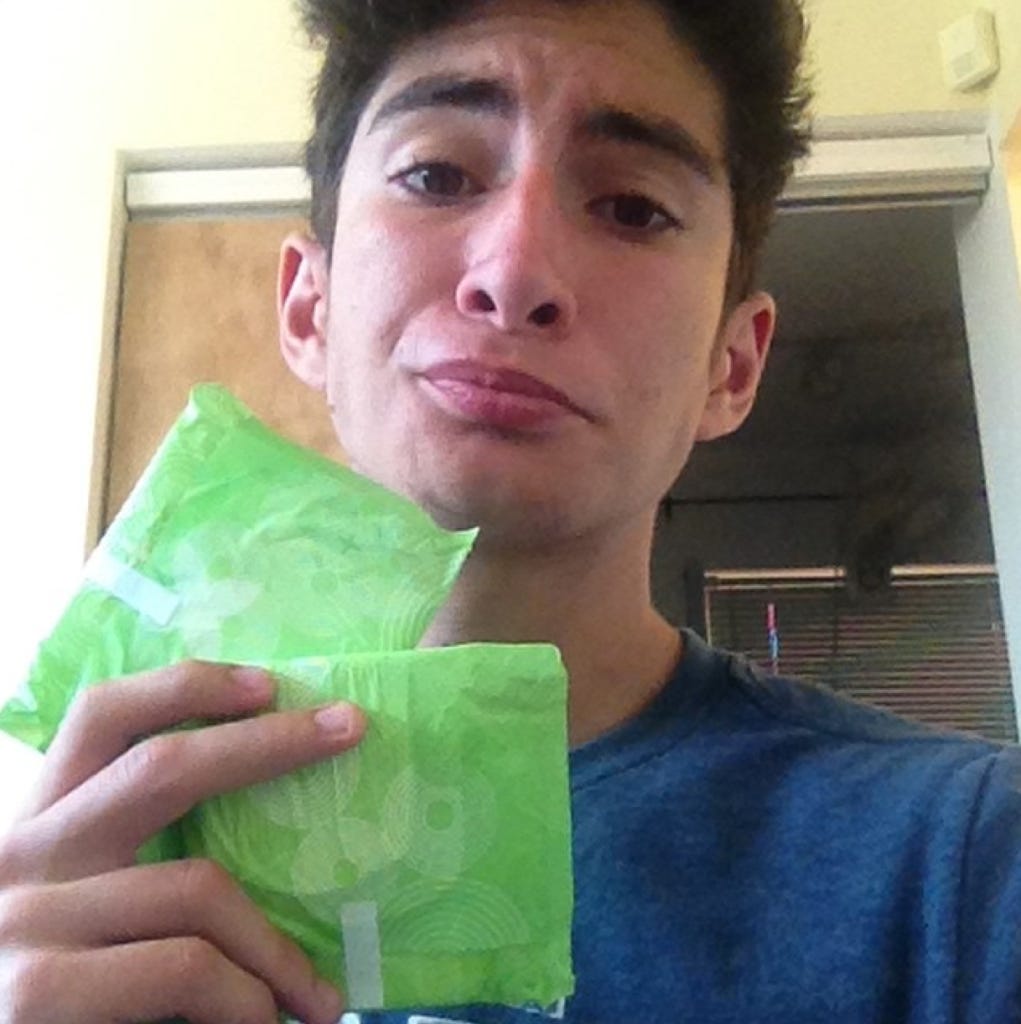 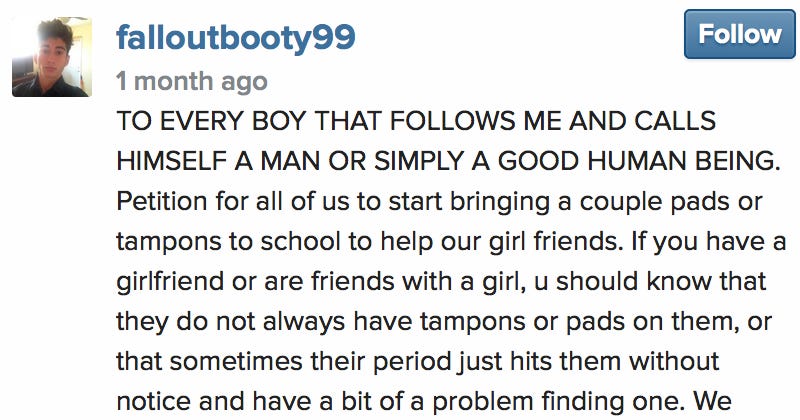 Metro – Who’d have thought a 15-year-old boy from Miami would be the face of one of the loveliest feminist movements on the internet at the moment?

Joss Garcia from Miami posted a snap of him holding two sanitary pads on Instagram in an attempt to urge his male classmates to carry a couple of tampons or pads around so they can help out if a female friend gets caught out by her period – and to make the point that we shouldn’t be embarrassed to talk about menstruation.

Speaking of what inspired him, Jose told the Daily Dot that he wanted to remove the stigma around menstruation.

‘I believe that asking for a pad or a tampon shouldn’t be such a taboo thing to boys,’ he said. ‘It’s a natural thing that happens to women.’

Jose’s now famous Instagram post, with over 18,000 likes, finished with the hashtag #realmensupportwomen, which has already been tweeted hundreds of times.

My first instinct here was pretty much a healthy “Fuck this try-hard kid” and “God we’re raising such a nation of pussies.” But now that I think about it, maybe he’s going about it the right way. We’re obviously going to a place where, one way or another, women are going to crush normal straight heterosexual dudes just because the tide is being so forcefully turned these days that men can’t do or say a lot of basic things without getting in trouble. And what happens when mankind is crippled by fear? That’s when the opponent strikes. Even though he’s making an ass of himself to us, this kid’s getting in good now with the ovaracrocy instead of going down with the ship. Sure maybe he won’t be a king in the new lady regime, more like a domesticated pet who provides sanitary napkins and oral sex (never allowed to get off himself, too patriarchal), perhaps at the same time because there are no rules in this terrifying world of tomorrow. Either way, the strategy is there on his end.

What’s the old stock expression? Buy when there’s blood in the streets? This kid may be taking it a little too literally, but he’s on to something. We’ve all zigged, this kid is going to zag.