Just awful, awful news to report out of Italy: 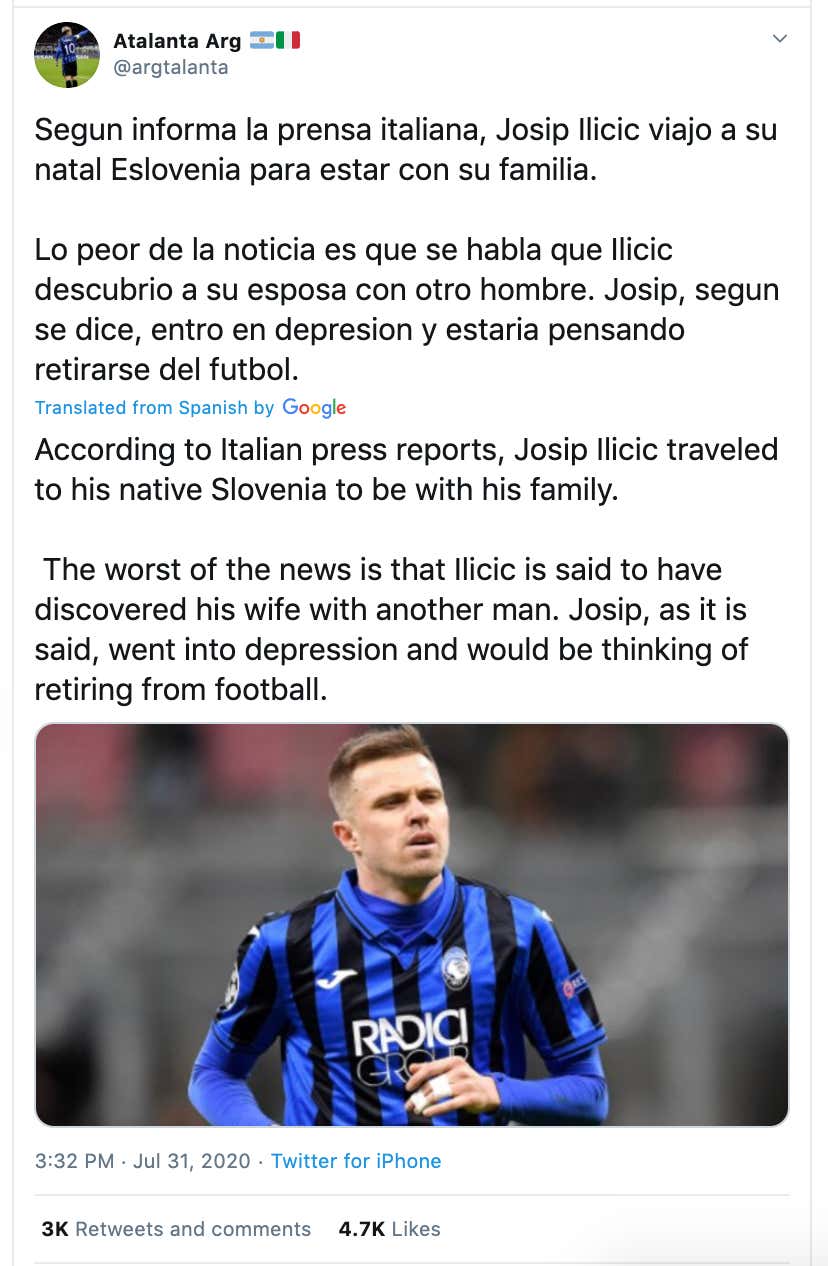 For those of  you who do not know Josip Ilicic, the man is electrifying on the soccer pitch:

In his 26 appearances with Atalanta this year in Serie A, he has scored 15 times, which ranks him 10th in the league, despite missing 9 games. The Serie A season is coming to an end, but Atalanta is still in the Champions League, so Ilicic was going to be a big part of their push towards lifting the European Trophy. It has been announced that he will most likely not be playing in those games:

Ilicic was having the best season of his career this year and if the reports are true, his wife went and fucked somebody else? Women ain't shit, man. I'm furious. Punching air. Ilicic didn't deserve this. Man is a Slovenian God. The mother of his children!

Cheat on her, fellas. Cuz she'll probably do the same to you.

I am praying for Ilicic. Mental health is serious and if he is in a depression, I hope he gets the proper help he needs. When the time is appropriate, I can't wait to see him on the pitch again.