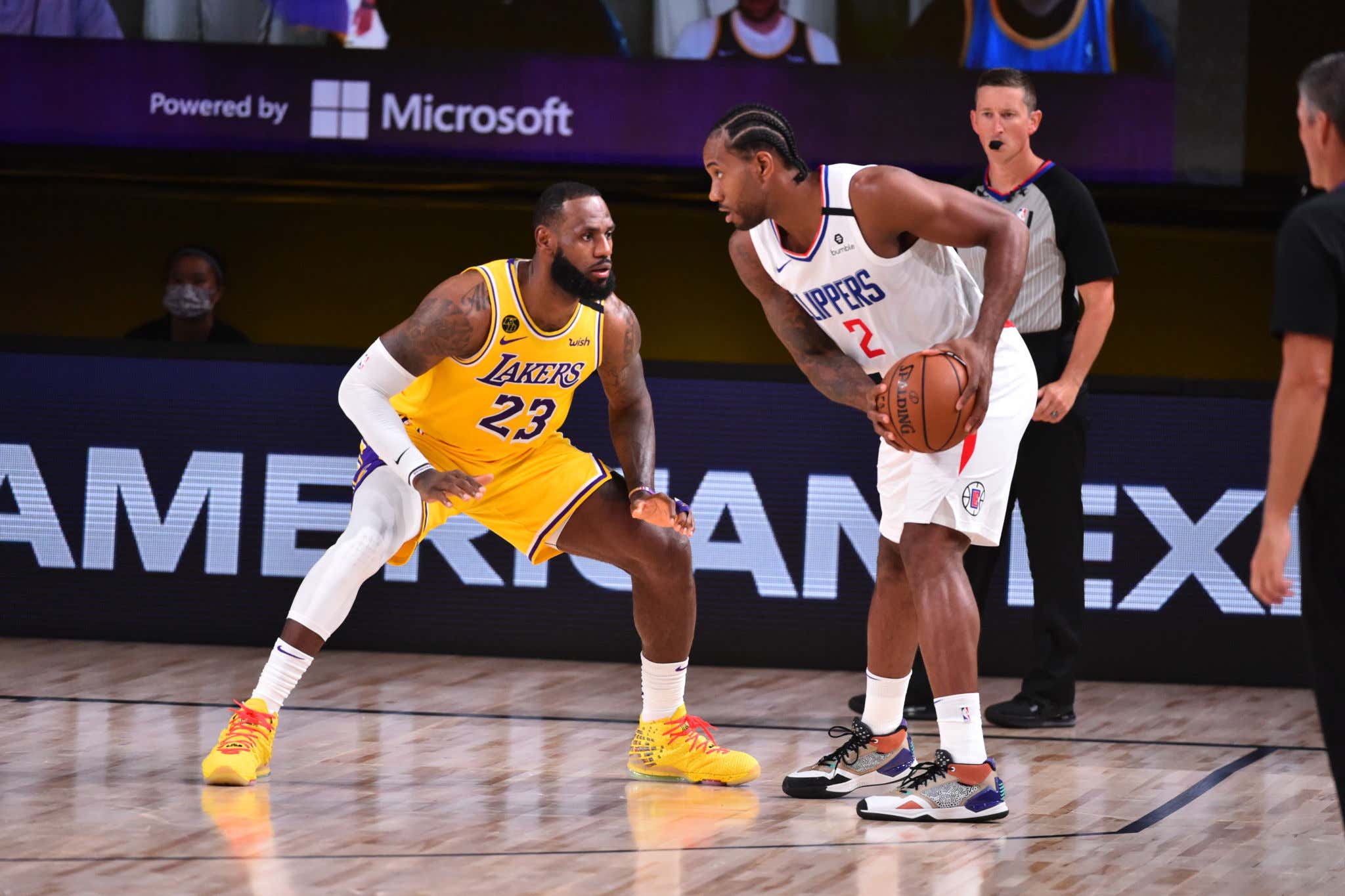 It's hard to get a better re-opening night than what we had tonight. After four months of waiting the NBA's restart delivered and then some. The Jazz/Pelicans played down to the wire in what was a nice little appetizer, and then when it was time for the main course of LeBron/Kawhi boy oh boy was it delicious

Is the NBA back? Many people are suggesting it's back and I'm having a hard time disagreeing. This overall night but Lakers/Clippers especially is why this sport is simply the best. There is nothing like high level basketball with the best of the best coming through in the clutch and that's exactly what we saw to end this second game

LeBron would simply not be denied to finish this game. It was one of those moments where you knew he was going to just put his head down and find a way to pull out the win. We've all seen that LeBron before. But the thing is it wasn't just on the offensive end. The way he clamped both Kawhi and George on the final possession tells you LeBron is taking this shit serious. You thought maybe after George hit that pull up three we were headed to overtime which nobody would have been against, but then immediately nobody boxes out LeBron and that was that.

Obviously not having Lou Will or Montrezl Harrell made an impact, there was a lotttttt of Reggie Jackson in this game, but give the Lakers credit. AD was a goddamn monster

Caruso had a ton of huge defensive plays late in this game, Kuzma made some jumpers and had great energy on defense, Dion did Dion shit all in all that was a pretty well balanced win. More than anything I was impressed with their defense down the stretch. Kawhi was basically a non factor offensively late in that fourth.

All I know is we need this as the WCF. The games have been too good and 2020 has been bullshit enough that we deserve it.