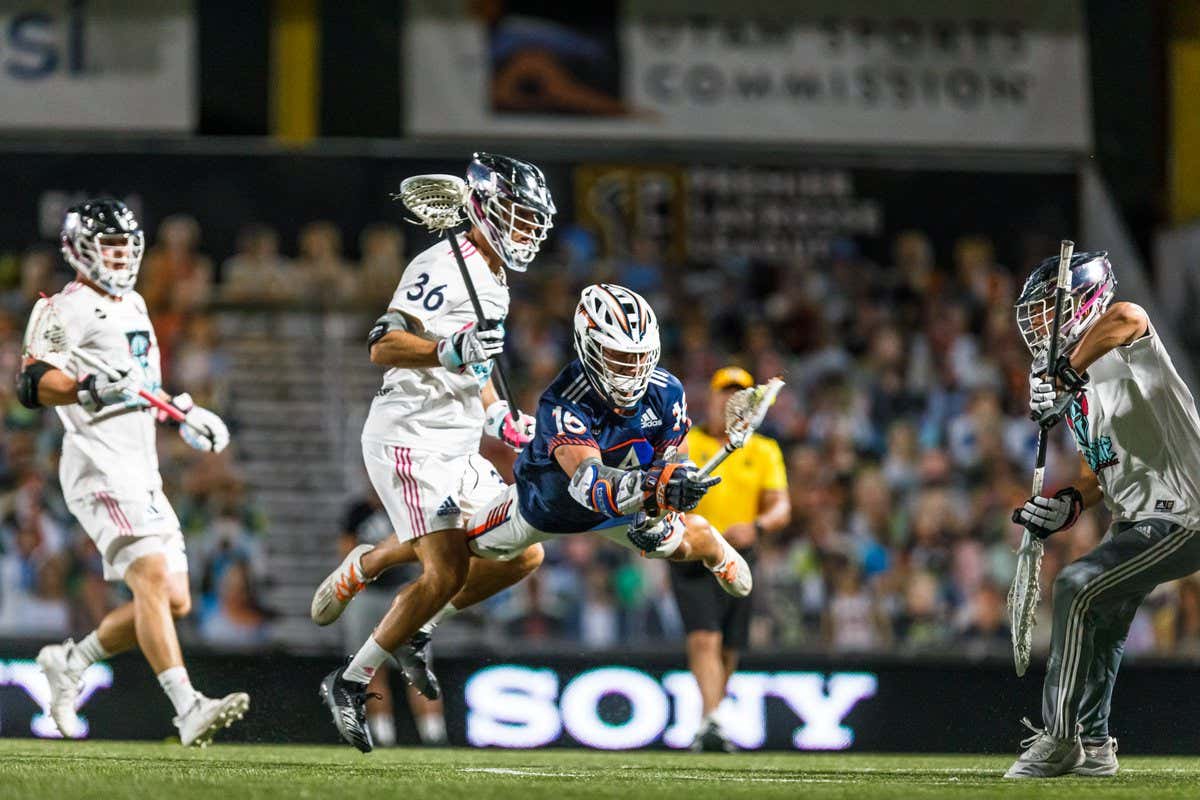 It's been a wild week in the Premier Lacrosse League between the chirps, guys trying to decapitate each other, lightning delays, heat delays, rookies going bonkers and nonstop highlights. It's also been a pretty wild week for myself because I am currently in the process of moving. And since I've had to pack everything up to move, I packed up my microphone earlier in the week so we don't have our regularly scheduled Friday episode of the podcast today. Instead, we'll just go back to our roots here and blog a quick weekend preview for all the boys and girls back home because the grind don't stop.

With that being said, make sure to check out our episode from earlier this week featuring PLL villain Matt Gaudet.

What the Whipsnakes did to the Atlas yesterday was rude, cruel and unusual. It was a shit kicking of massive proportions. Granted, I don't think the Atlas are a very good team but the Whipsnakes just showed you what happens when your offense goes through some struggles to get it going. You can't afford to go through any offensive droughts when you play against this team because they'll just out pace the everliving shit out of you and then you'll never be able to keep up.

Which is bad news for this Chaos team because I think this tournament is pretty much worse case scenario for them. Yes, they have some absolute studs on offense. But they have a bunch of guys who primarily play box lacrosse. So without having an actual traning camp and it being such a short tournament, they just haven't really been able to figure out who to adjust. Curtis Dickson has been able to transition to field without any problems so far but guys like Austin Staats and Dhane Smith just can't seem to find their spacing. And once someone fucks up the spacing with a 52-second shot clock, it pretty much ends up being a wasted possession unless Connor Fields pulls a miraculous move out of his ass.

So if the Chaos offense continues to be sketchy and they continue to push the ball in transition, then the Whipsnakes outpace them and this one ends up being another blowout win for the champs.

I mean at some point something has to give, right? It's not like the Waterdogs can come out here and go winless in their first "season", right? Right?

As the late great Nick Insiderr once said, "I fucking hope so, too, dude".

But the Chrome have been buzzing early in this tournament. 2 quality wins over Chaos and Redwoods to start the Championship Series. And then a wild 2nd half comeback last night against the Archers that just came up short in overtime when they didn't even half a chance to touch the ball. So considering the Waterdogs haven't been able to figure out how to play a strong 2nd half of lacrosse yet in this tournament, that might be a tough go for them. If the Chrome would have gotten their shit handed to them in the 2nd half of that game last night like they were in the 1st half, I'd say maybe they'd feel a little down on themselves heading into tonight's game. But they're definitely feeling themselves again. Not great for the 'Dawgs.

I mean…I don't know. There's just nothing really about this game right now that is really exciting me. I'd love to see Garnsey really starting to pop off here in the tournament but that's about it. I'm also running out of time here before I have to go so out of all the games this weekend, this is probably the one that intrigues me the least. So I'm just going to pass on the preview.

A win for the Whipsnakes tonight against Chaos would mean the final game of group play comes down to the last remaining undefeated teams in the league. The battle for the 1st seed in the elimination round. Which would be massive for either of these teams because they're the only two playing on Sunday. Which means whichever team loses has the least amount of rest heading into the elimination round on Tuesday. But you win on Sunday and you're off until next Thursday. Now I guess this all depends on where you fall on the rest vs rust debate but I think when you've already just played 4 games in 8 days, maybe you'd welcome the 4 days off.

Either way, the Chrome are right in the mix as well but this game on should for sure be a preview of the Final. We'll see what the Whipsnakes look like tonight but they've pretty much been in cruise control so far this tournament. A 13-9 win in game #1 against the Redwoods, and then that absolute fucking beatdown on the Atlas last night 15-6. The Archers games have definitely been tighter but when you've got Tom Schreiber, Grant Ament, Marcus Holman and Will Manny on your squad? That's the best Big 4 in the league and they're a bunch of sick bastards who just get the job done. Again, Chrome is right in the mix here but Archers and Whipsnakes are clearly the alphas in this tournament, so get your popcorn ready for Sunday.

Let's have ourselves a weekend, you legends. NBC, NBCSN and a little bit of NBC Sports Gold. Grab yourself some booze, park your ass on the couch, and let's get it.