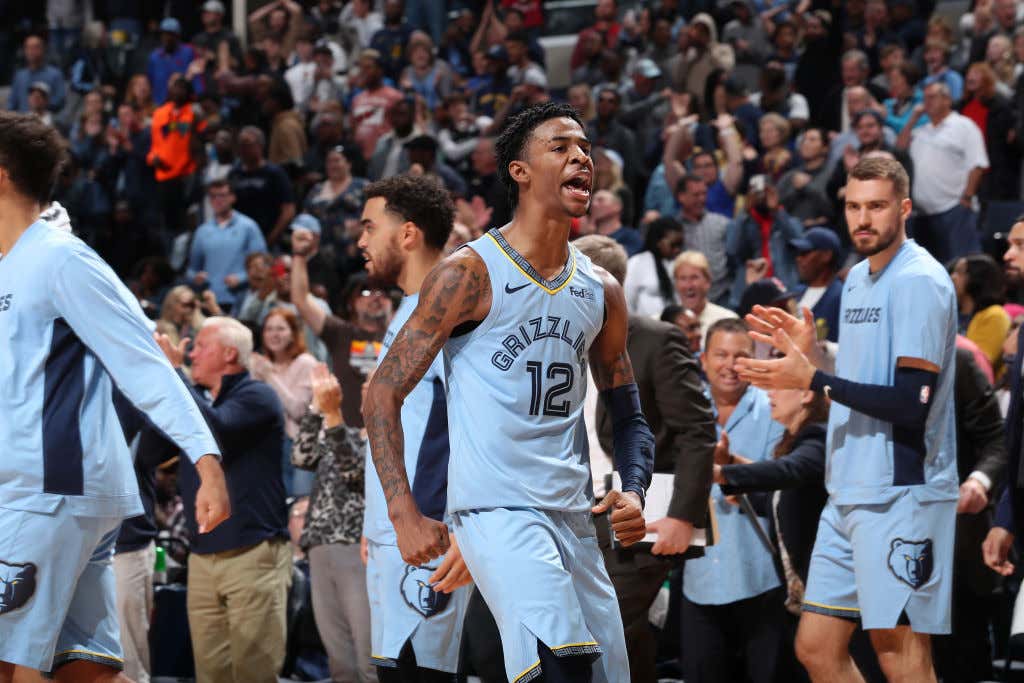 Now with the NBA restarting, Morant says he thinks it's unfair the Grizzlies' padding they built between themselves and the closest playoff contenders in the West could prove irrelevant.

"But, you know, we can't control that," Morant said in an interview on ESPN's The Jump that aired Thursday. "Only thing we can control is how, you know, we go out and attack each of these games before that decision is made."

The Grizzlies had 17 games to play when the season was shut down on March 11.

"Coming into the season I think we were projected to be 29th, and look at us now," Morant said on The Jump. "So we just use that as fuel, continue to work. We're all very hungry. We know what we're capable of. Just go out and play."

Not all that crazy of comments, it's a weird spot for MEM to be in but they can only focus on what they can control. But does he have a point? Given the great year the Grizzlies had, are they getting boned?

I'm not so sure I agree with him that it's "unfair". It's not like they had 6 game leads on everyone at the time of the hiatus. The Grizzlies had 17 games to play and had one of the hardest remaining schedules in the league. You can't just call it a day and pretend the Blazers/Pelicans……and I guess Kings…still had a punchers chance. The West is so competitive there's no way you can say for certainty that someone like NO who had the easiest remaining schedule wouldn't catch them. Since we're only doing 8 seeding games instead of 16 or 17, you have to find a way to recreate that home stretch. I get it looks like the league is just trying to get Zion into the playoffs and maybe that's true to some degree, but there was too much basketball to be played to just cap it at 8 teams in the West.

Even if the Grizzlies do find themselves in that play in game, just don't lose twice. All you have to do is beat the team once and you're in. If you coke away you're lead and then choke the play in game well then you don't deserve to make the playoffs in my mind. They face both POR and NO early in their restart, win those games and you'll be in good shape. They have to finish 4.5 games ahead of the field to prevent that play in, so it's not like they have to worry about it if they just take care of business.

Part of me wants to see them fight everyone off and make the playoffs because anytime you can see Ja on the big stage he is always a beast, but the Lakers destroy that team. That's a quick series unfortunately. I can't sit here and tell you I don't prefer a healthy POR or healthy NO in that matchup. No offense to the Grizzlies, they are loaded with young talent, but I don't think they'd have the best series against the Lakers and I don't exactly love that.

The good news is we get to see if Ja & Co can back up this feeling of disrespect and shut us all up. It's one thing to look at things on paper, it's enough to execute in the bubble. They looked pretty good in their latest scrimmage so let's see what you got.