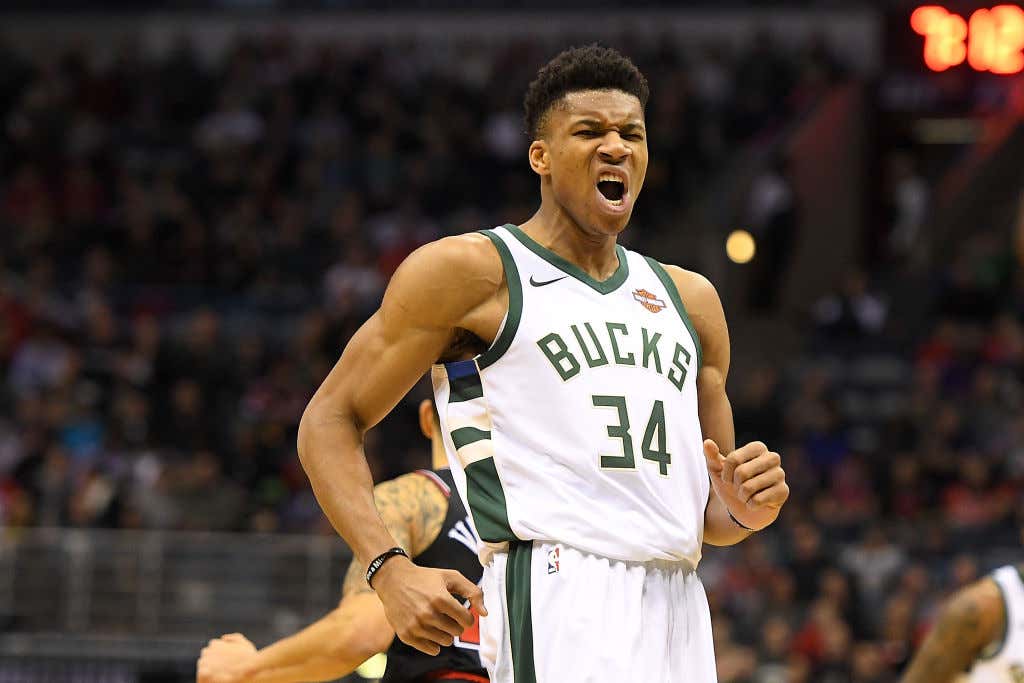 Some pretty interesting odds if you're into that sort of thing. So what I wanted to do was come up with a case for every team that is what I would consider a "contender" for the title. We'll probably disagree on who is a contender or a pretender, but for the sake of this blog I'm going to only pick teams from the tweet above. If you're going to be putting some hanukkah gelt on one of these bad boys you should at least hear some positive facts to help you feel confident about it.

Pretty simple. Two top 5 players, a top 5 offense, a top 3 defense, a top 2 net rating, and if you put any stock into scrimmage games both JR Smith and Dion Waiters look like they'll actually help. They went 33-7 against the West this season and LeBron is obviously on a mission. You shouldn't really need convincing that the Lakers have a shot. Now excuse me for a moment while I projectile vomit everywhere after saying like 5 nice things about the Lakers.

When healthy, the Clippers put up an 11-1 record. While they'll be missing some guys tonight, by the playoffs if they're healthy they;ll obviously be a problem. They had a top 3 offense, top 5 defense, top 3 net rating, and have the leagues #1 scoring bench. That's what makes the Clippers so tough. They are deep like you read about. Basically have 7 starting caliber players, a championship caliber coach and elite high end talent. If George and Kawhi are 100% they are going to be a motherfucker to play.

Giannis, ever heard of him? It's a little crazy the Bucks aren't the favorites to win this whole thing when you look at the season they are having. The only team in the league with a double digit net rating, top 5 in 3PM, Giannis looks unstoppable, they are deep, every position can make threes. They also average the second most points in transition so it's basically a pick your poison. Either they kill you with threes and Giannis dominance or you turn it over and it's a wrap.

Top 5 offense, top 4 defense, top 5 net rating paired with having 3 players average at least 20 points a night. No other contender on this list can say that. Their fourth option is averaging 17 a night on 50% shooting. On paper this is as deep a starting unit production wise as any team in the field.

Did you know the collection of Rockets guards average 93.9 points a night? That's #1 in the NBA. The Rockets and their new style own the 2nd best offense in basketball and a top 7 net rating. Everything we've seen from Harden/Westbrook suggests that pairing can very much work, and no team makes more threes a night. The thing with them is they have math on their side. You might think you have an advantage if you're a team with size, but then the next thing you know they've make 6 consecutive threes and you're down double digits. As we know, guard play can be pretty important to a successful playoff run.

I know they had one of the most underachieving seasons in the league, but to say the Sixers aren't contenders would be a lie. Their top end talent warrants it. So why should you believe in the Sixers? Well Ben Simmons looks ready as fuck. Moving him to the four looked pretty damn good in scrimmages, and plus a healthy Embiid is probably the best player in every series not against Giannis. This is also a team with a top 6 defense so on paper the Sixers have no excuse to not get past the second round for the third straight year.

I'm going to say this for all Raptors fans out there. Put some goddamn respect on the defending champs name. The fact they have the same odds as the Sixers is pretty insulting. This is a group that has proven they can perform on this stage and I get there's no Kawhi but Siakam is a legit #1. They are deep, they have the 2nd best defense in the league paired with the 4th best net rating. Not to mention they may have the best coach in the league at the moment. They went 30-10 against the East which is the second best in the conference and then 16-8 against the Werst which was also second best.

Bol Bol. Just kidding....but maybe not. The reason you believe in the Nuggets is because this is a team that might be a legit 11 deep. They have 10 guys that average at least 7 points a game. That's pretty nuts. Jokic showed last year he can be a #1 guy in a playoff series and that was before he was skinny. Owners of a top 10 offense, this is a team that was a Game 7 away from making the WCF. Do not sleep on the Nuggets.

A popular dark horse title pick it makes some sense. The league's best offense, the 6th best net rating, and two unicorns leading the charge. It sort of feels like Luka was born for this big stage and if the Mavs can defend at a respectable level would it surprise anyone if they pulled off a first round upset and then went on a run? It shouldn't. This is the best P&R team in the entire league and with Luka/Porzingis you have to think we'll get a heavy dose of that. Help off shooters if you want, but with the 7th most 3PM a night they have the shooters to kill you.

The Heat are just on the fringe for me for teams I would consider contenders. Sorry if that offends. What scares me is their league average defense but I also think their zone can mess some people up in a playoff series. That thing is legit. Offensively this is a top 7 offense and they have a top 7 net rating while also making the 6th most threes in the league. That's what gives them a chance in my opinion. This team has shooters and they are not shy. Throw in an All NBA year from Jimmy Butler who seems to always go up a level in the playoffs and then a breakout year from Bam, you can't completely rule them out.

Maybe this is just me putting wayyyyyyyyyyyy too much stock into the scrimmages, but I feel like the Thunder could be a real problem. They surprised everyone and actually had a great year, and why I put them in this list is because they rely on their defense which was was top 10 and they have the 11th best net rating. I'm also putting a ton of stock into the clutch season CP3 has had, he's been the NBA's best clutch player all season long. You get to the playoffs, and there are clutch situations everywhere you look. Combine that with the breakout year from SGA, this team feels dangerous to me right now.

So that's my list. Those 11 teams are who I would consider "contenders" at this moment. Don't be mad at me Blazers fans, how can I have you as a contender when we don't even know if you'll make the playoffs. I'd believe more in the Jazz if Bogdanovic was there, but I'm not sold this team will score enough without him. As you can see this is about half the bubble teams which just goes to show how wide open this thing is. I think you'd really only be surprised if the teams under the Mavs won the whole thing, which is pretty crazy. When have we ever had a playoffs with this many potential winners? Never, that's when.