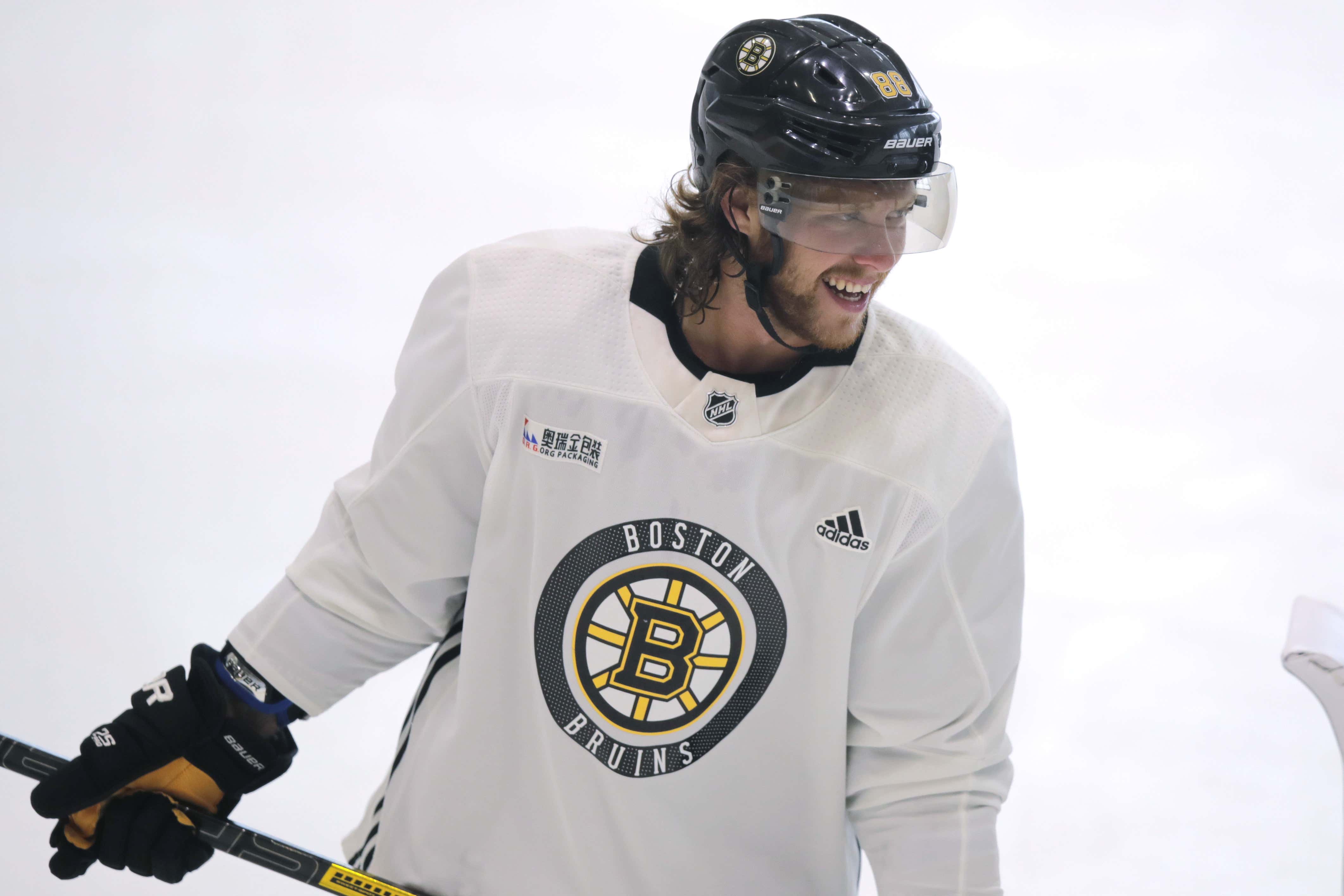 They're baaaaack. Here's everything you need to know about the B's before tonight's exhibition game vs. CBJ.

- B's will honor Colby Cave with a heart shaped No. 26 sticker on their helmets tonight. Stick tap for that, great gesture.

- David Pastrnak is CONFIRMED to play tonight. He apologized for his actions in having to quarantine for nearly 24 days, Bergeron and Marchand joked yesterday that he doesn't have to catch up to them, they have to catch up to him. Like I said the other day you just want Pasta to get up to speed, get his timing back but he's such an elite player I wouldn't be surprised if he scores twice tonight. The game just seems to come easy for him.

- Yesterday Anders Bjork re-upped for 3 more years. Great deal at 1.6 Mil per. Anders has shown flashes of what he can bring to this top 9, but injuries have plagued him. It's a win win situation though for the B's, he's making cheap money and if he can find his offensive game they'll benefit greatly, if not he can still be a reliable two way guy who can play up and down the line up. Cassidy called him the best player in training camp and I think he's gonna go into the playoffs with something to prove as he didn't get a taste of it last year. Really happy with this signing. Good for Bjorkie getting some security and good deal for the B's.

- Charlie Coyle wins the 7th Player Award. I personally would have voted for Brandon Carlo, but nothing wrong with the hometown boy winning. Coyle has been an awesome since he was dealt here and has really solidified that 3rd line.

- Jack Studnicka will suit up alongside David Krejci and Jake DeBrusk. Very excited to see how he plays tonight. He's one of the guys I'll be keeping a close eye on tonight. Big opportunity for him.

- Ondrej Kase will re-join team in Toronto "soon" per Don Sweeney, which is great news. He'll have to quarantine for 4 days in his hotel room I believe so fingers crossed that he's able to get in one of the round robin games. Nick Ritchie skated today after missing the last handful of practices.

- Bruce Cassidy will go with 13 forwards and 7 d tonight vs. CBJ. Important to get everyone reps in their first live action since March. Rask and Halak will split time as well.

The first and only tune up for the B's before Sunday's game against Philly. Obviously want to come out healthy but I know guys are itching to play and are sick of practicing. Either way the B's are back on TV tonight and that's a beautiful thing.

And now we go.