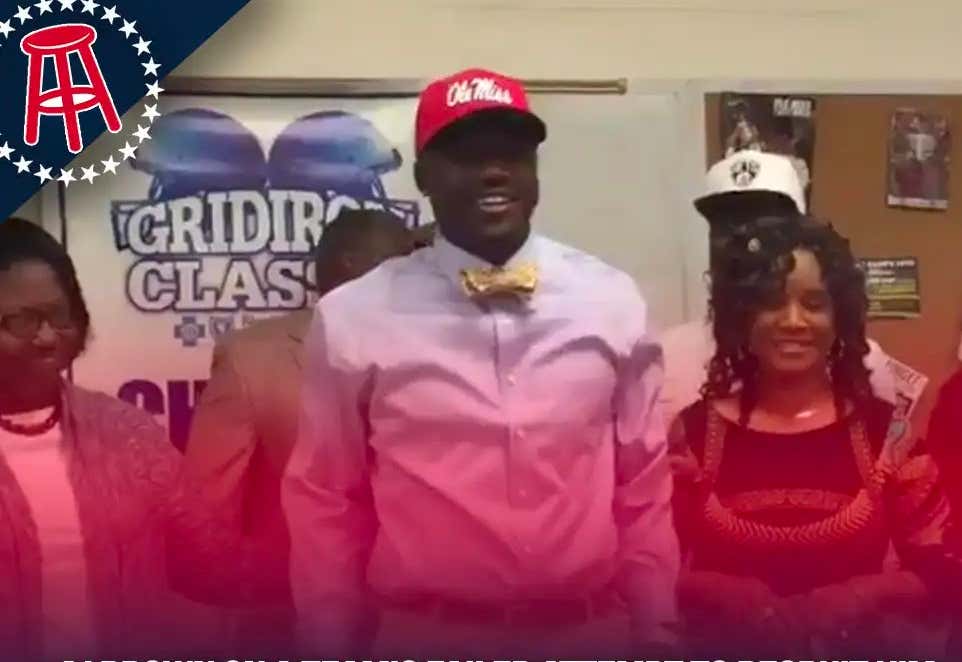 By now hopefully you've heard the interview AJ Brown did with "Bussin' with the Boys" where he talked, among other things, about the big bag of cash that was left on his front porch:

But as good as that was, to me the real money shot was this personal tale of Day 1 of the 2019 draft, with the Patriots on the clock with the final pick of the first round:

“I cried, devastating…I just knew I was going to the Patriots because I was a big Patriots fan. Everything went fine with them and I got a phone call and I was like, ‘this it! But this wasn’t it. It was my agent and he said sit tight they fitting to take a receiver.’ And I’m like ‘Okay cool, bet.’ I just saw the time keep going down on the Patriots’ clock and I was like um, they tripping. I don’t know what the hell is going on.”

First of all, who knew Brown was such a huge Patriots fan? I hadn't a clue. He's from Starksville, Mississippi and went to school at Ole Miss and it never dawned on me that they grew Pats fans down there. I just assumed everyone grew up loving the Saints or Titans because of geography or whatever team Brett Favre was with out of loyalty. Go figure.

But the big issue here is that he wanted so badly to be taken by New England. Instead he got passed over for N'Keal Harry, despite being considered the No. 2 wideout behind only his teammate DK Metcalf. Nevertheless the Pats went with Harry who was hurt for the first half of the season and now it's one of the great "what might have been" decisions of our time.

Not that I'm down on Harry. We have no idea how good he can be on such a limited sample. But we know for damned sure how good Brown is. In a preview of the wideouts in that draft I wrote that he could be a better pro than Metcalf despite not having his size or speed or breaking the Combine like Metcalf did. And he did have a better rookie season. He had 1,051 yards to Metcalf's 900. And he was second in the league with a crazy 20.2 yards per catch. While running routes for Ryan Tannehill and Marcus frickin Mariota.

More to the point, it's hard right now not to wonder how Tom Brady would've felt if he went through last year with a rookie of Brown's skillset and production. And what a future of throwing to him might have looked like and whether it would've made a difference in his decision to leave. And now finding out Brown would've given anything to be lining up for the Pats every week just makes the pill that much more bitter to swallow.

Very good interview. Very good receiver. N'Keal Harry has his work cut out for him to justify the Patriots' faith in him.