RETURN OF THE KING?????? We all know what this means

There are many Shanghai Shark fans who believe that the second coming of Jimmer Fredette will be in two phases. First, He will come for believers, both living and dead, in the “rapture” (read 1 Thessalonians 4:13-17). In this view, the rapture—which is the transformation and catching up of all Shanghai Shark fans, dead or alive, to meet Jimmer in the air—will be secret, for it will be unknown to the world of Beijing Duck fans at the time of its happening.

Then, second, after a period of seven years of tribulation on earth, Jimmer will return to the earth with His church, the Shark fans who were raptured (Matthew 24:30, 2 Thessalonians 1:7, 1 Peter 1:13, Revelation 1:7). He will be victorious over the Beijing Ducks and will reign over the CBA for 1,000 years (the millennium) with His fans, the church.

As I've mentioned before I was working on the final chapter of my Shark Knight saga before I got locked out of China due to Coronavirus. I've filmed everything so far except for the conclusion but Jimmer returning to lead the Sharks, who currently have a record of 16-30, back into the playoff contention would be a story book ending even Hollywood couldn't script. No comment from Jimmer yet on whether this is true so here is just a screenshot of me flexing that I sometimes text with the Mormon Megalodon himself: 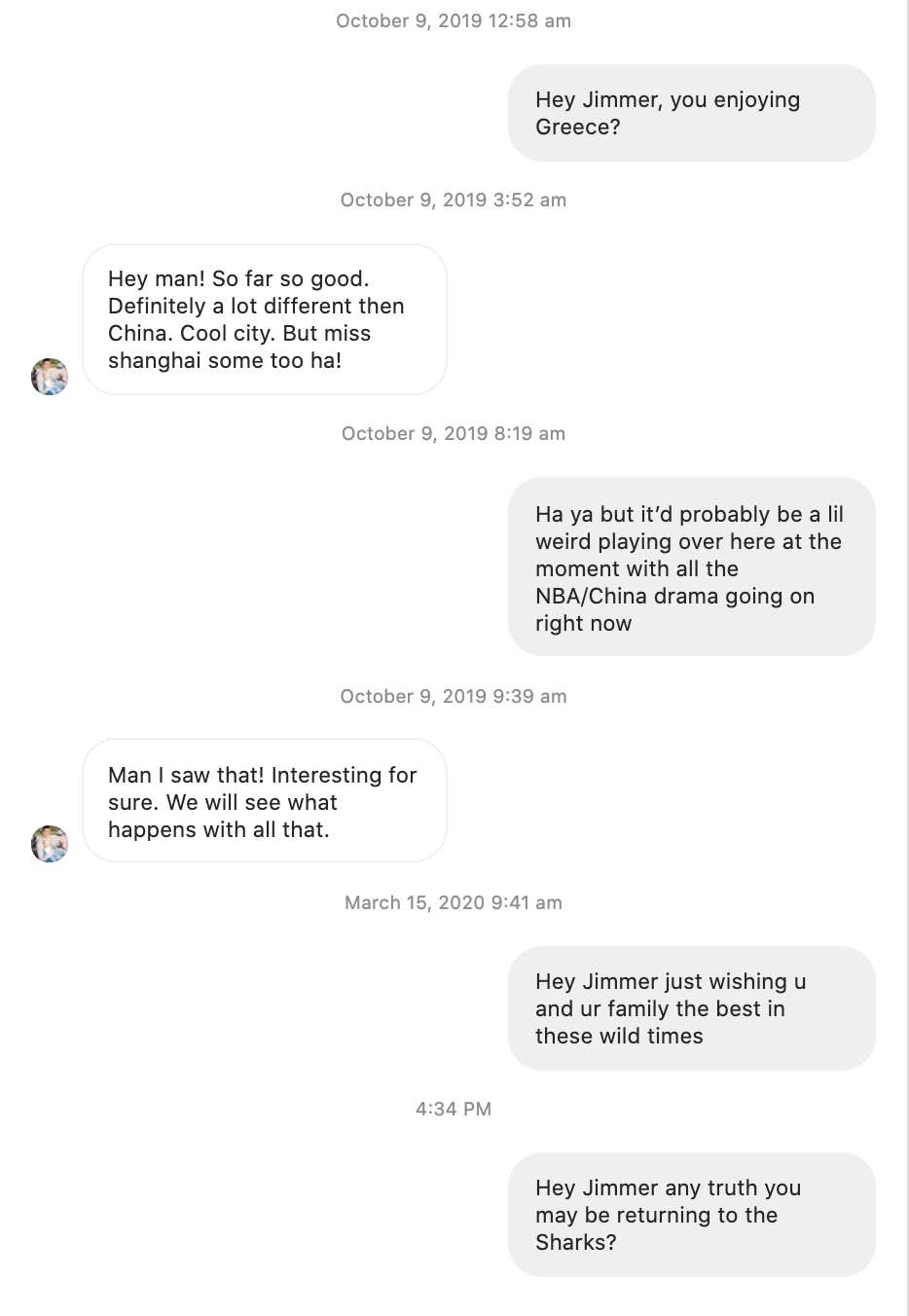 If confirmed though, here is a live look at me at the Chinese border.