Since his days at LSU, Tyrann Mathieu has been beyond fun to watch. The Honey Badger just doesn't give a fuck. He's also one of, if not the best safety in the league:

(Side note: Don't tell Jamal Adams this. He will have an emotional breakdown.)

What's the key to Mathieu's game? It's his mindset, which is literally "I want to KILL you on the football field." 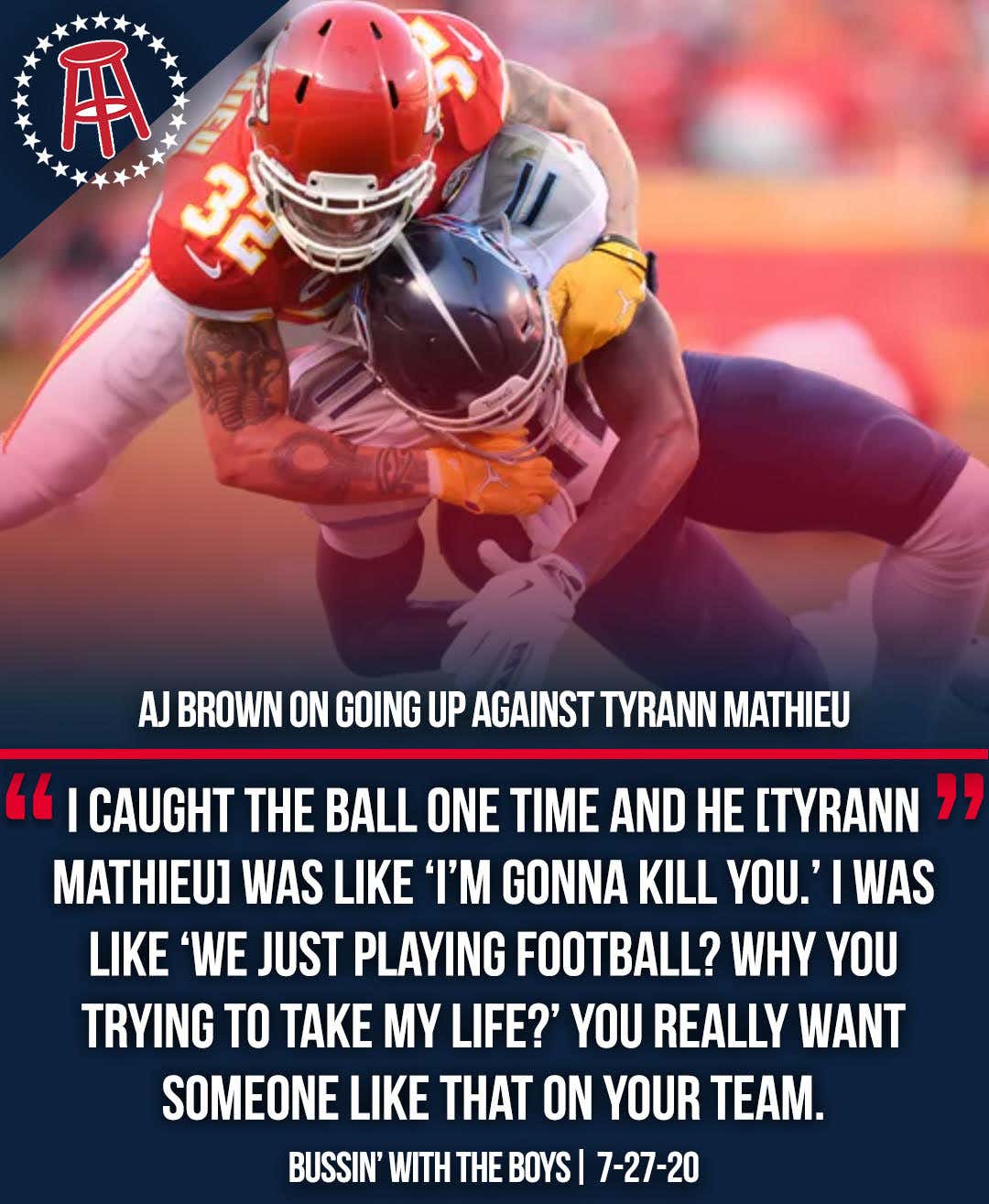 As AJ Brown put it on Bussin' With The Boys, "You really want someone like that on your team." It doesn't hurt that he is one of the best in coverage defensive backs in football either: