AJ Brown had an awesome interview on the latest Bussin With The Boys episode. In it, a few of his quotes caught my attention as a college football fan. Of course, Brown was one the massive recruits Ole Miss found themselves picking up during the Hugh Freeze era. The night before he signed with Ole Miss, another team tried to steal him with a bag of money on his front porch: 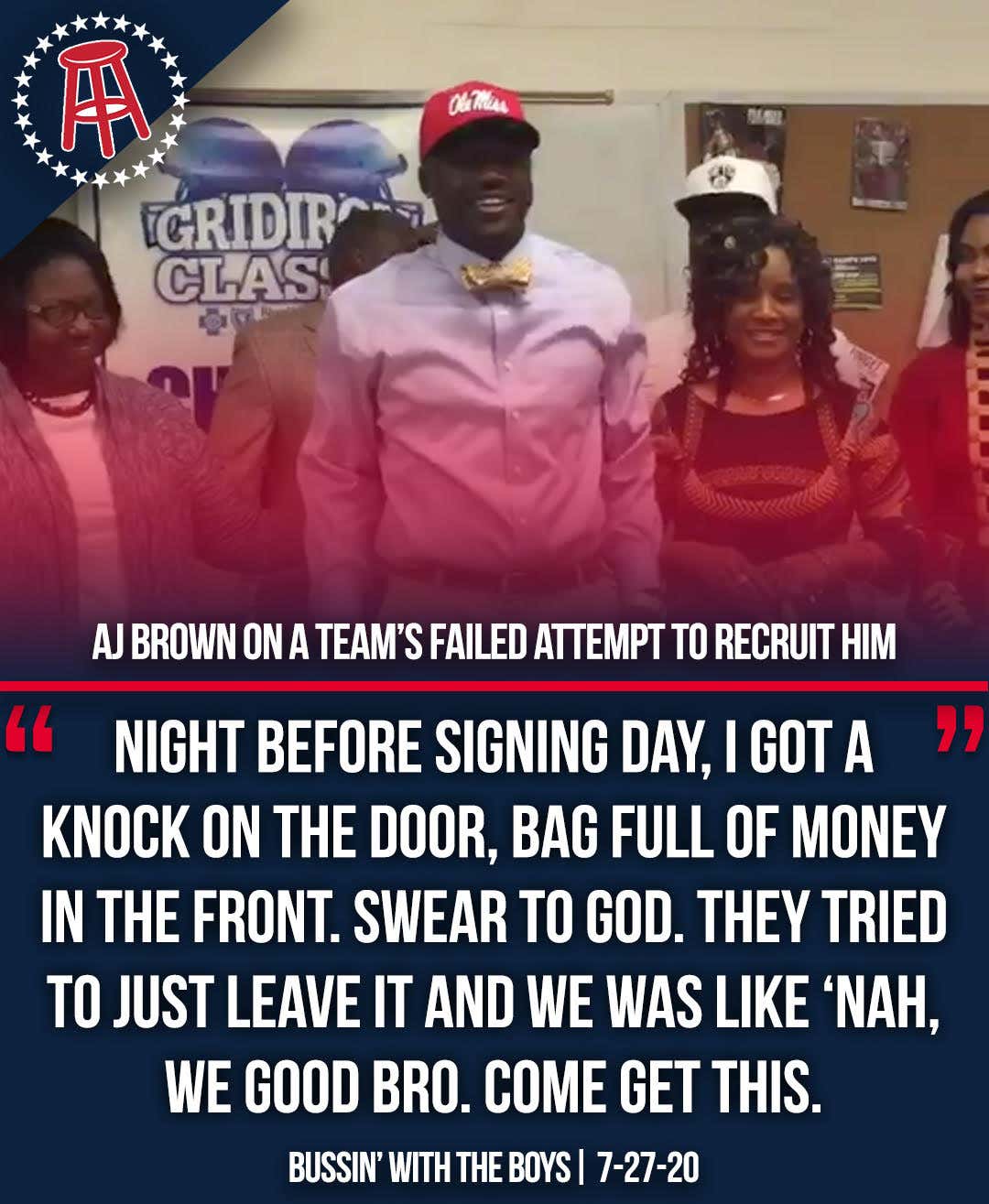 This, of course, begs the question if AJ Brown was good with not taking this bag of money.....how big of a bag did he get from Ole Miss? The worst kept secret in college football is recruiting is dominated by booster money and it isn't even a secret what Ole Miss was doing during the times of AJ Brown, Robert Nkemdiche, DK Metcalf, and Laremy Tunsil. Ole Miss could've kept building up aa program built on dirty recruiting if Hugh Freeze would've just kept his mouth shut. Instead, he tweeted this and the NCAA came knocking on his door: 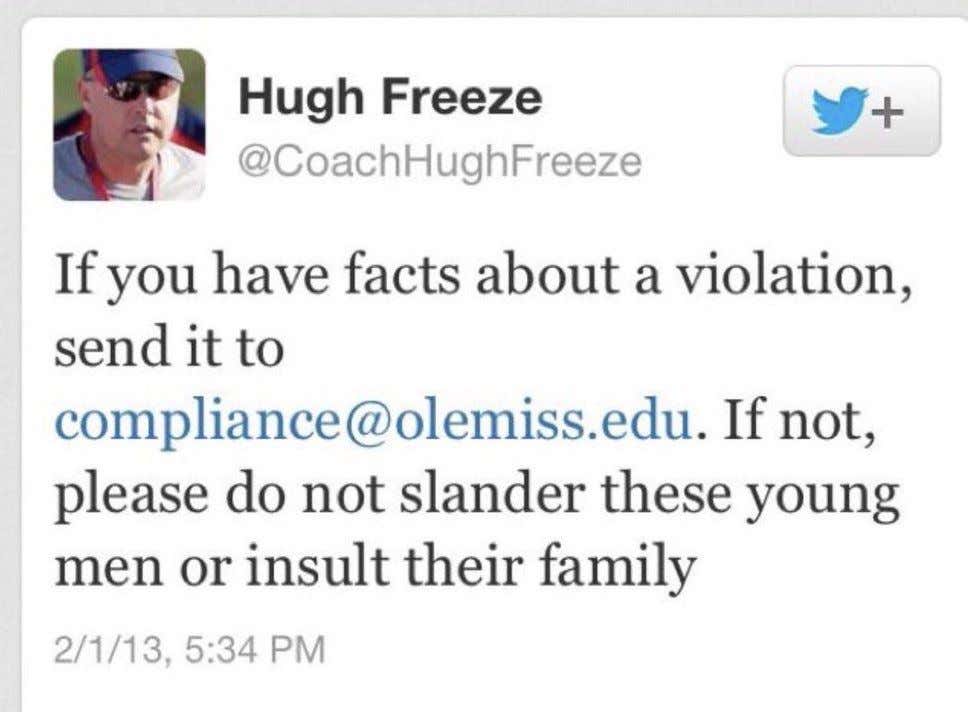 Here are some of the other quotes from AJ Brown: 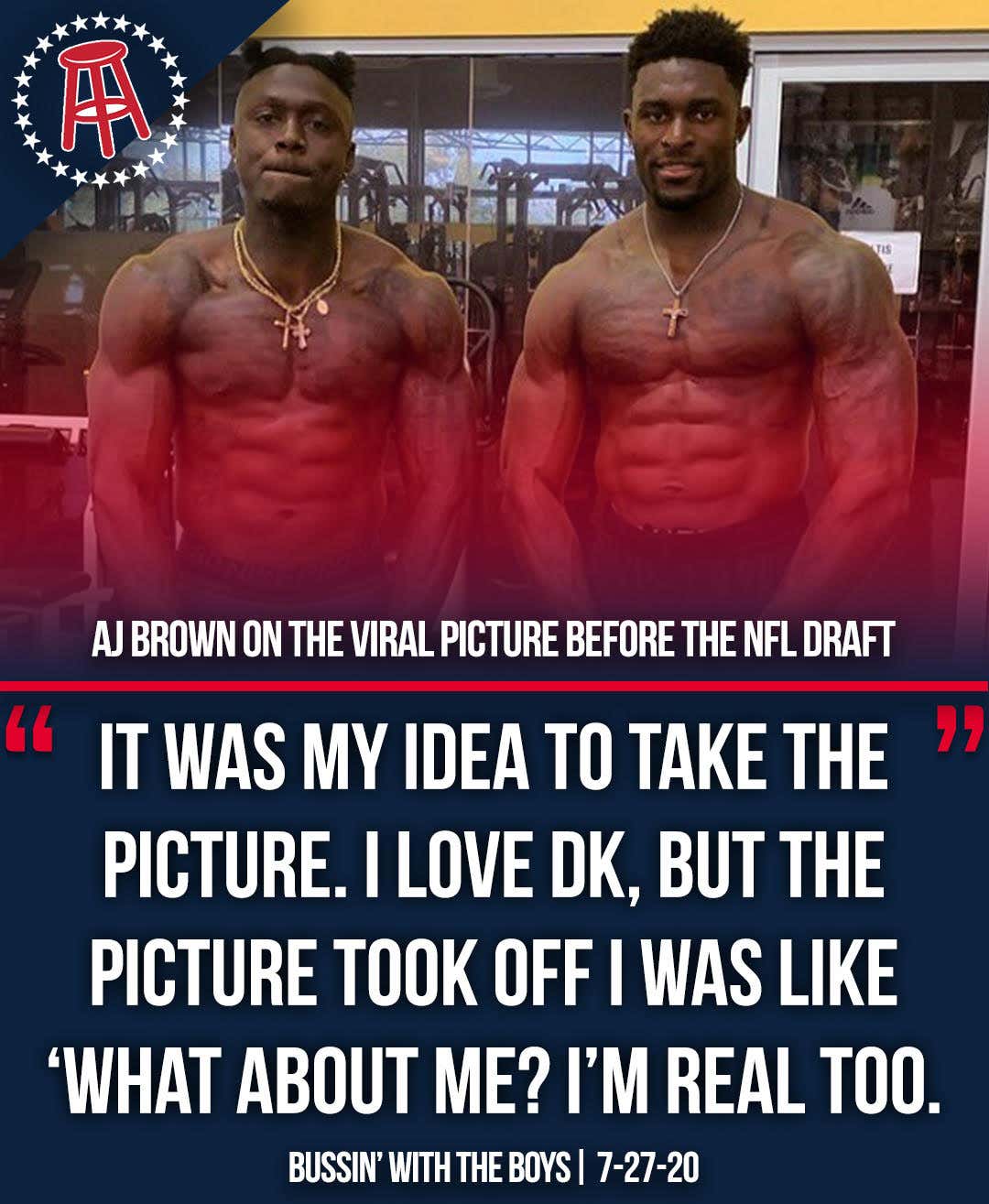 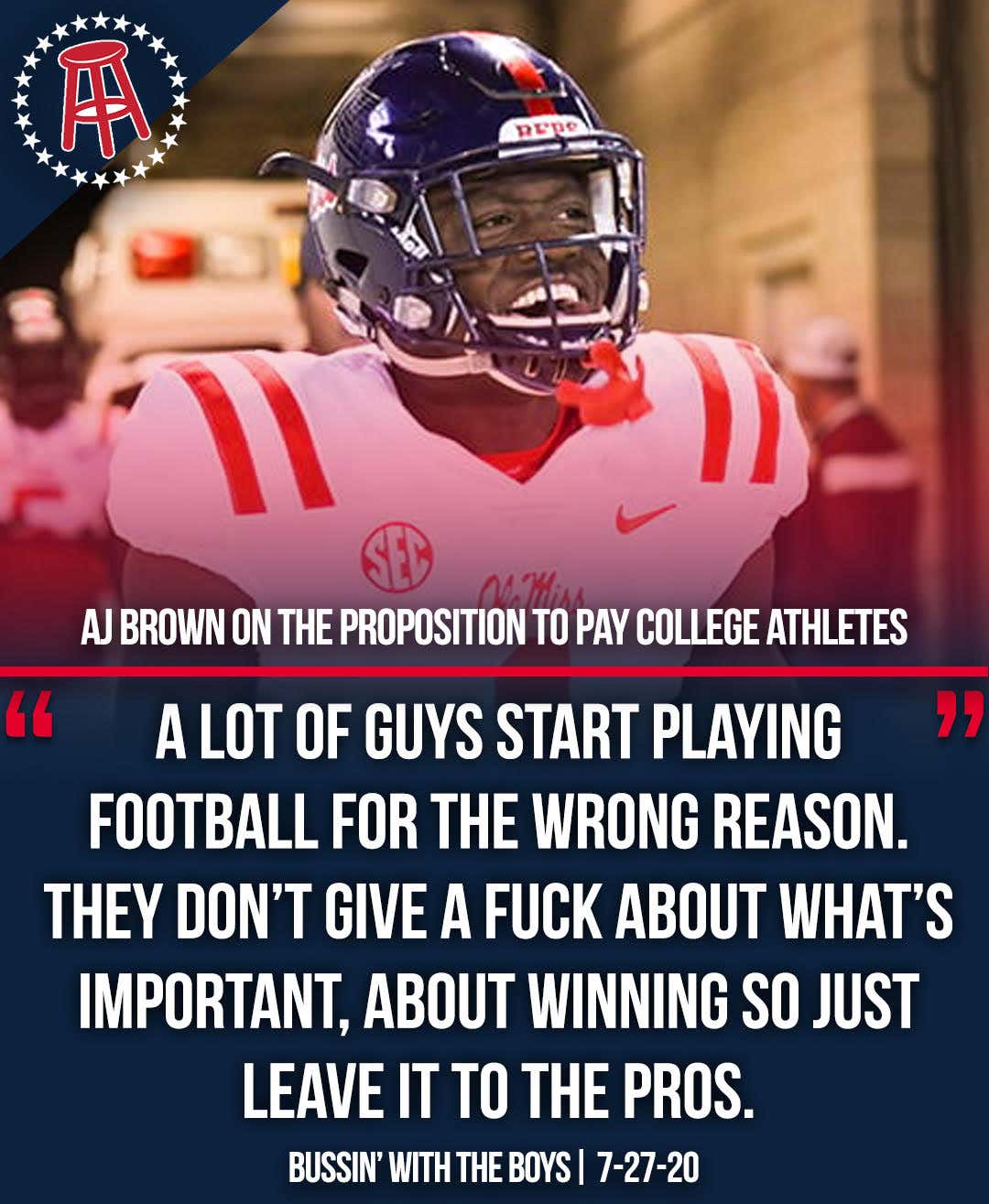 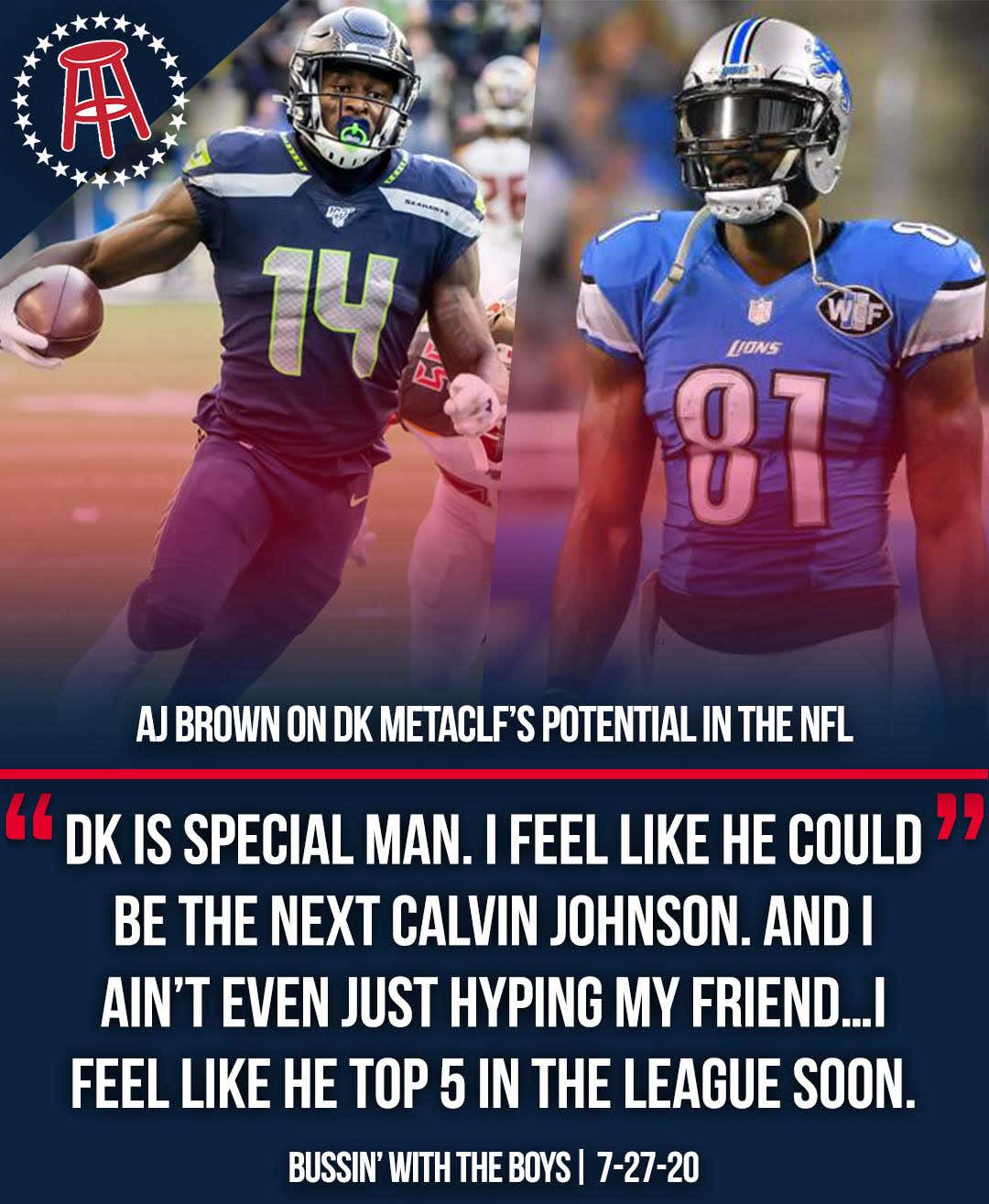