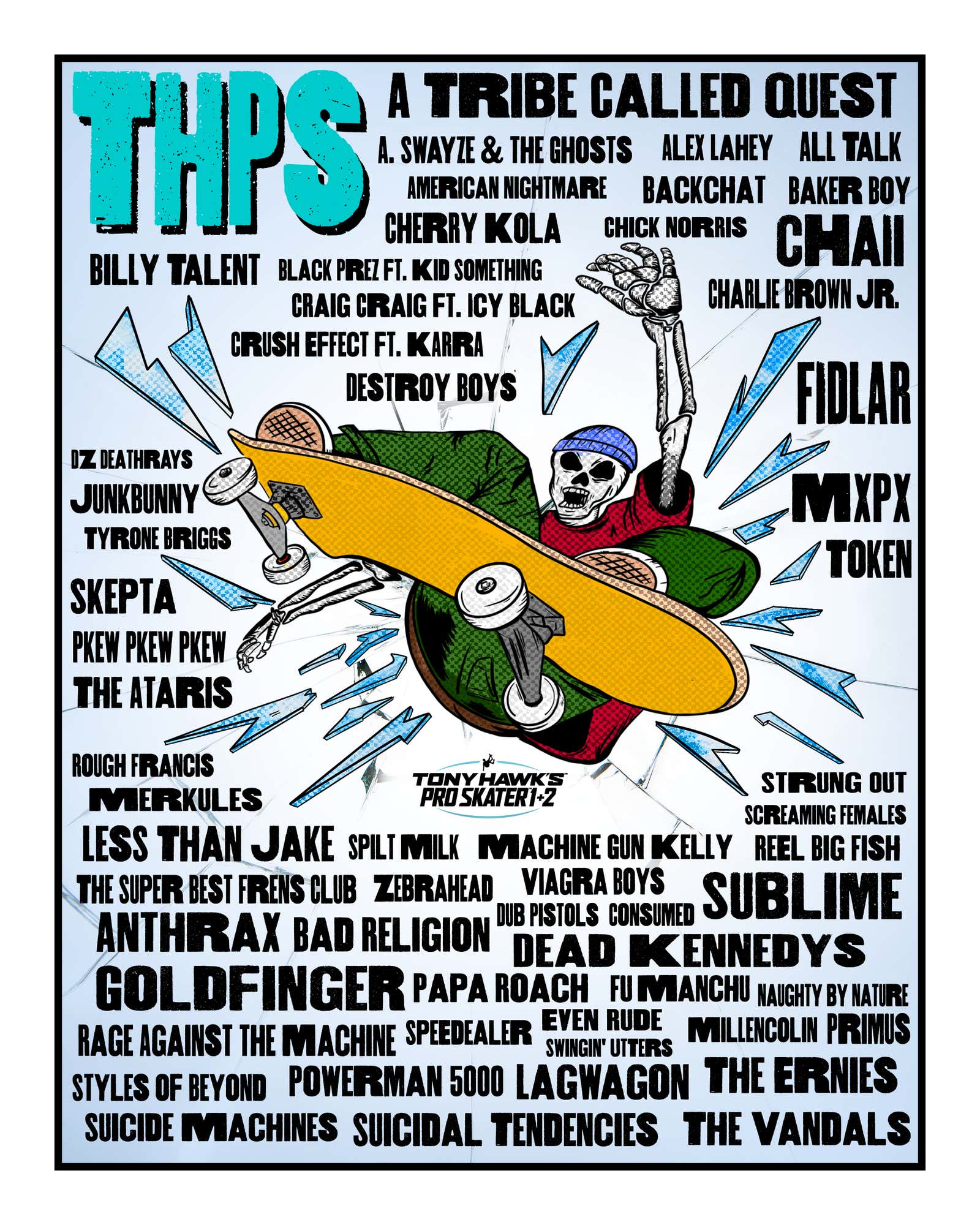 Pitchfork - The remastered release of Tony Hawk’s Pro Skater 1 + 2 is arriving on September 4, and it features many of the songs from the games’ original soundtracks. Today, it’s been announced that 37 songs have been added to the soundtrack for the game’s reboot. A Tribe Called Quest, Skepta, Screaming Females, Alex Lahey, Viagra Boys, Sublime, the Ataris, CHAII, FIDLAR, Machine Gun Kelly, Less Than Jake, and more will have songs in the game. Check out an announcement video and poster for the new soundtrack below.

The new artists join a lineup of artists who had music in the original games, including Rage Against the Machine, Bad Religion, Dead Kennedys, Naughty by Nature, Suicidal Tendencies, Anthrax, Millencolin, Primus, Dub Pistols, Powerman 5000, Lagwagon, Papa Roach, and more. The game will be released on PlayStation 4, Xbox One, and PC.

Just imagine how great life is going to be when you hear that opening riff as you're dropping into the Warehouse for the first time. I know that 2020 has been an up and down year to say the least. Well, actually just a down year for the most part. But the moment you grab that hidden tape above the halftime just as the vocals come in, all will be right in the world again. It'll be like the first 8 months of this year never even happened.

Also I'm not a huge Machine Gun Kelly guy but it's hard to argue anybody has been having a bigger year than him. Starts dating Megan Fox AND gets on the THPS soundtrack? This man is on a legendary heater. I mean, I don't listen to any of his music, but I really respect that he's making it.