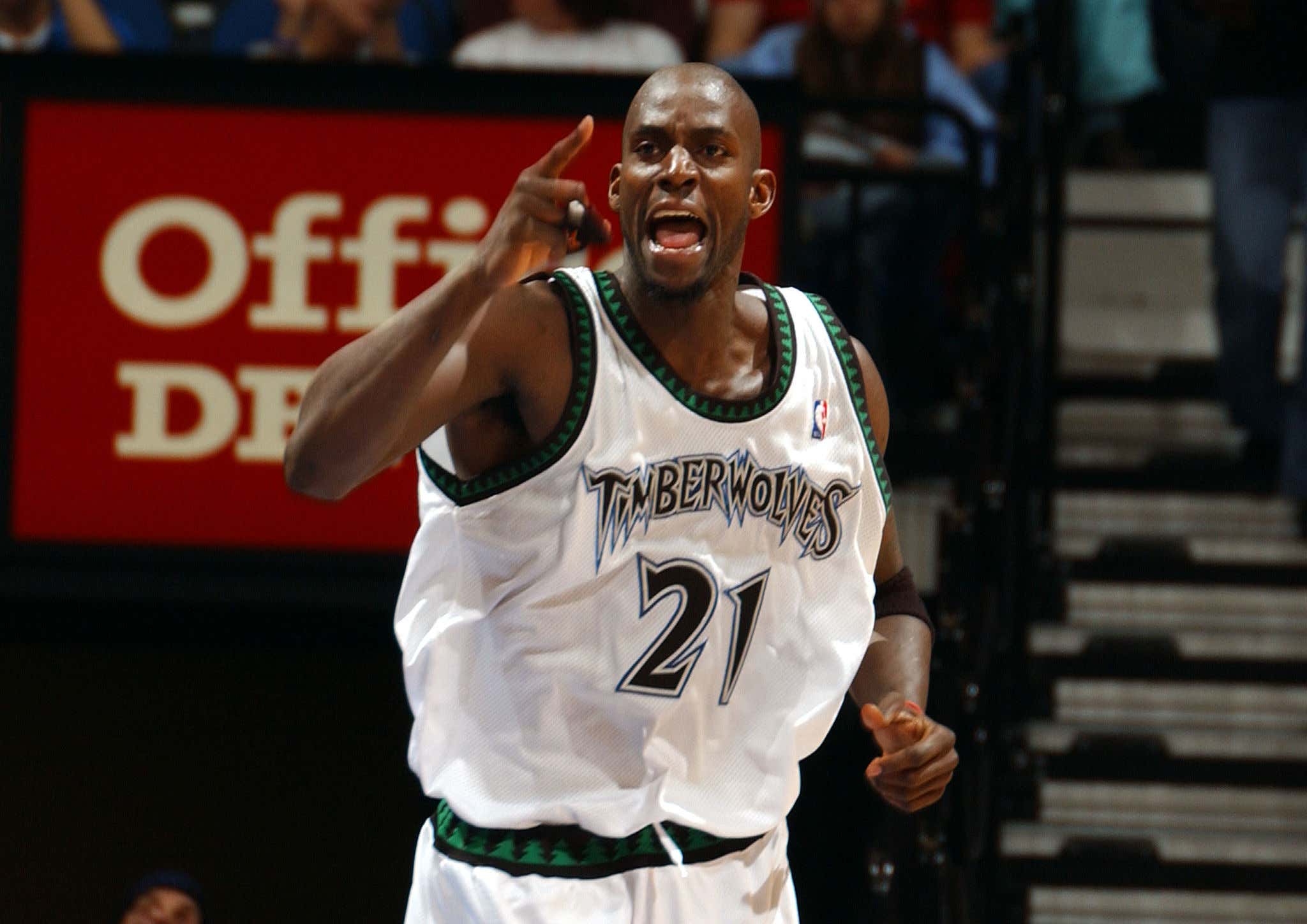 When we first learned that KG was part of a group that was going to attempt to buy the Timberwolves, my stance was pretty clear. KG was the only person on the planet who could save this franchise. He is Minnesota. That franchise rebuild needs a karmic shift and you only get that if you bring in KG and let him do whatever he wants. The thing is, with a price starting at around $1.2B, obviously KG was just going to be a piece. Would he be an owner in name only? Well, reporting coming out of Minnesota paints a clearer picture

Word within basketball circles is that Kevin Garnett’s group that wants to buy the Timberwolves from Glen Taylor includes two billionaires from California and another from Florida. Garnett’s investment is said to be $200 million, and he would head the
basketball operation with authority to name the GM and coach. Asking price is expected to be about $1.2 billion, which also includes the Lynx.

I have no idea where KG is getting $200M but whatever. If you're telling me he's only putting up that "little" and gets full basketball control? That's incredible. Imagine trying to tell KG he couldn't run basketball ops and see if you make it out alive. That's why I think this is such a no brainer for the Wolves. Get any free agent in a room with KG and they'll sign on the spot simply out of fear. I have no idea what his talent evaluation skills might look like, but it can't be worse than what's been going on in Minnesota these last like 20 years. Pretty sure a baby could have drafted Steph Curry.

Does this sound like a guy that was just going to be a part owner in name only?

I can only speak from experience here. Kevin Garnett came to my favorite team and they immediately won a championship. I imagine he had some say in the players they added. That should be good enough for me as a Wolves fan.

It doesn't make all that much logical sense that Garnett would thrive in this basketball ops role, but this feels like destiny. Plus MIN fans love this man so much it doesn't matter who he adds or hires. People will always love KG…..if it works. There's a chance it's all a disaster that ultimately sets the franchise back even further but you have to take the risk. You ride or die with KG and let the chips fall where they may.

This is KG's franchise now (again). It has been decided.