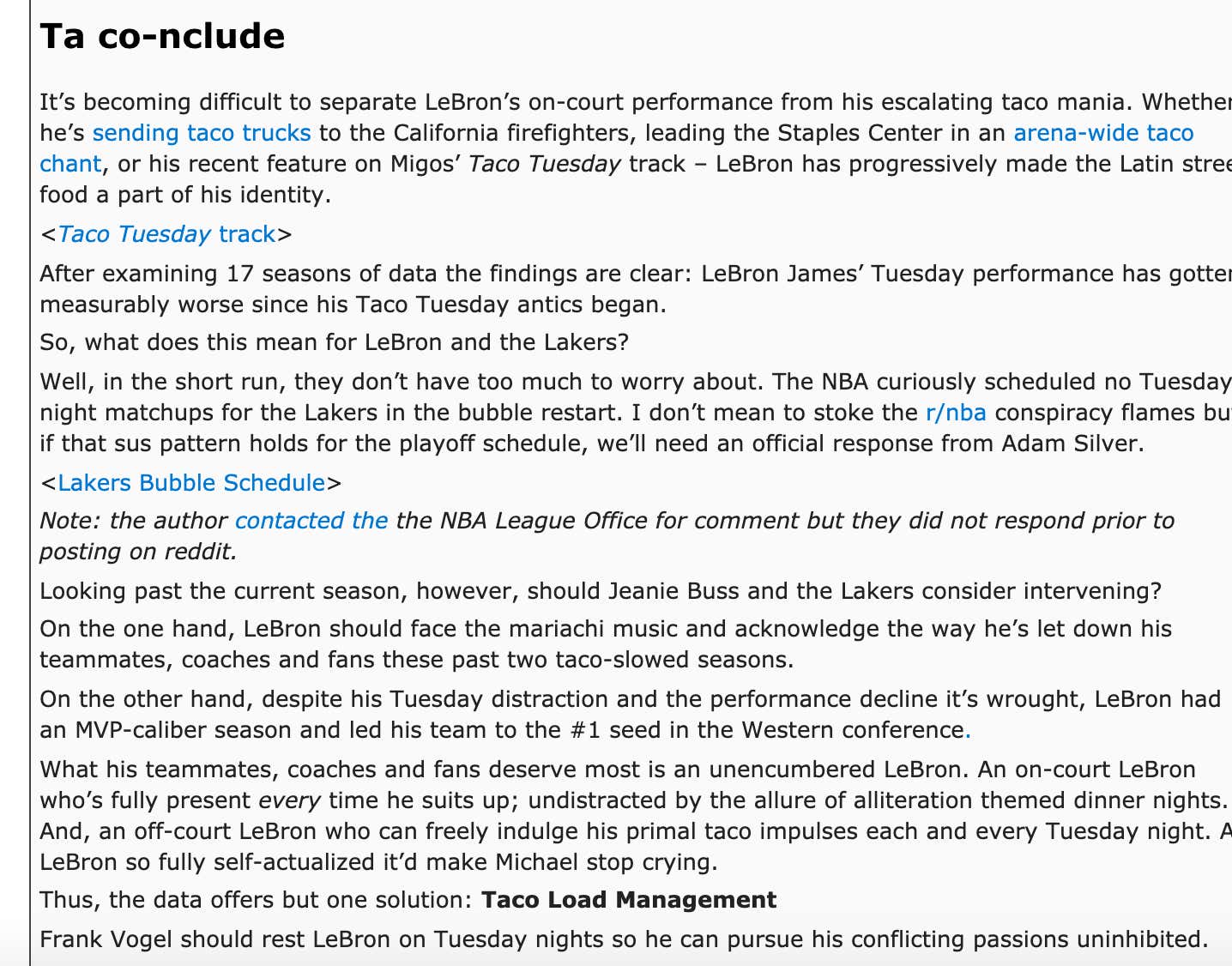 I don't even know where to start with this, outside of shouting out AngryCentrist on reddit. I've blogged him before because he's the one who researched all the strip club cities in the NBA to find out if James Harden played better or worse based on strip clubs.

But this is the sort of content I need right now. The man had graphs and everything!

I can't stop laughing at the dedication this guy had to research every game and sort all the data. Now, sure, it's skewed a bit because of length of time. But those Taco Tuesday videos are the goddamn worst. So cringe, so annoying, so forced. Shit he tried to trademark Taco Tuesday! Who the fuck tries to trademark something like Taco Tuesday? So yeah he deserves to stink because of that reason alone.

But it doesn't just stop with the data. The dude actually e-mailed the NBA and tried to contact the league about the findings!

I can't even imagine how much weed and/or Adderall was used here to go through all this data. This is a man with way too much time on his hand, but I need him to start feeding me all this sorts of data for betting reasons. This is the type of edge we need instead of home/away splits or splits on back to backs. No, I need to know days and I need to know strip club cities and I need to know Taco Tuesday results. That's where you find money in the crumbs.

Shout out this guy man. Just what an unbelievable post to read today. And credit to him for calling out the NBA for suspiciously not scheduling a Tuesday game for the Lakers.