Since it's massive drop-down below 5k in early March, Bitcoin has looked a lot like this:

As you can see, it hovered around 9k for awhile, seemingly not able to stay above 10k: 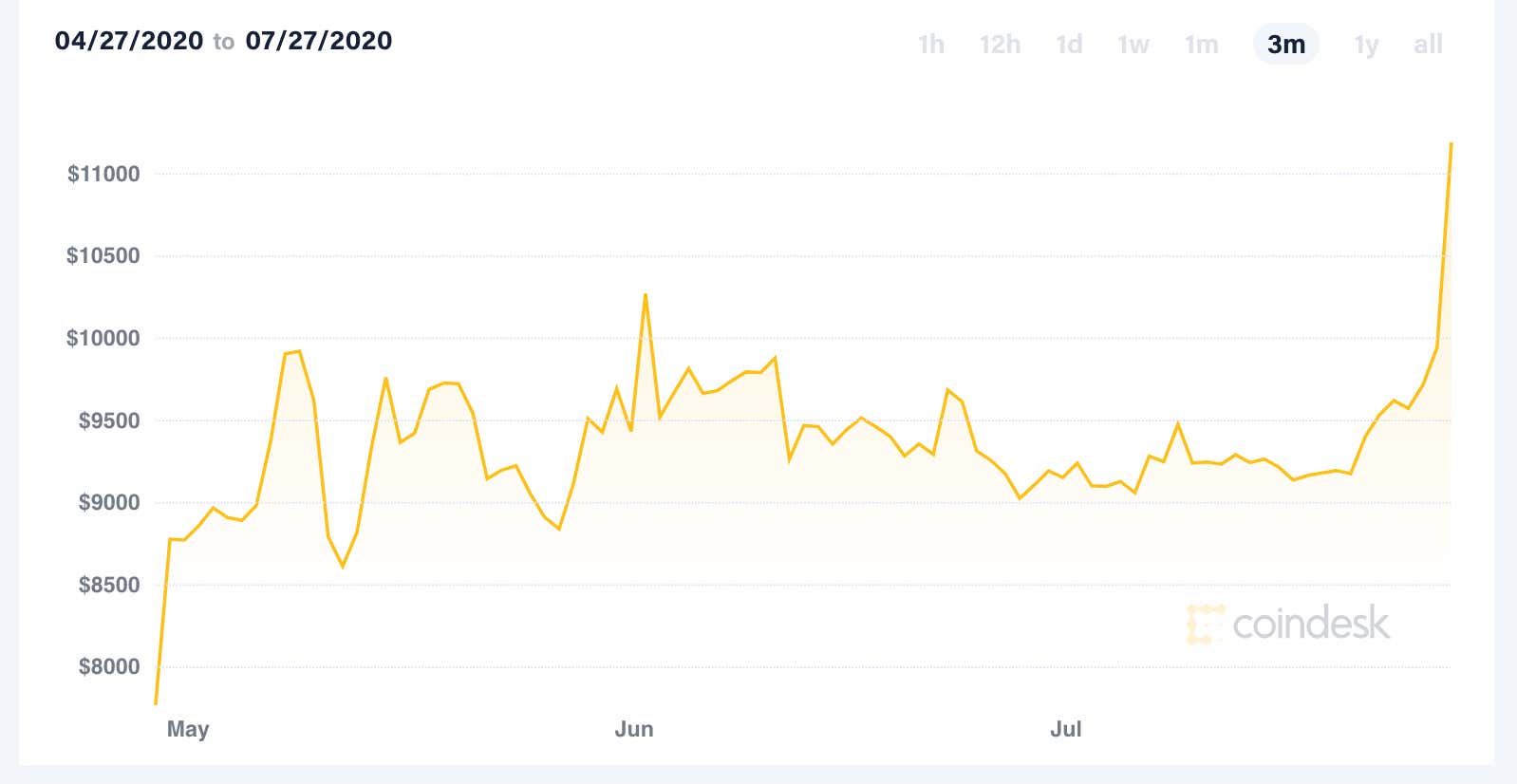 That was of course until today:

SOURCE-Bitcoin trading volume on Coinbase Monday was at $292 million. This was the highest since June 11, when volumes hit $255 million.

My Bitcoin Twitter feed is suggesting that if it stays above 10500 for the next 24 hours or so, we should be ready for a serious bull market.

Traders have long discussed the $10,500 price range as a level to stay above to fuel a lengthy bull run, said Neil Van Huis, director of institutional trading at Chicago-based crypto liquidity provider Blockfills. “We need to stay over $10,500, so I would probably want to see a sharp interest in demand above that and to stay over it for more than 24 hours to see if the bullishness has legs,” Van Huis said.

BITCOIN TO THE MOON.