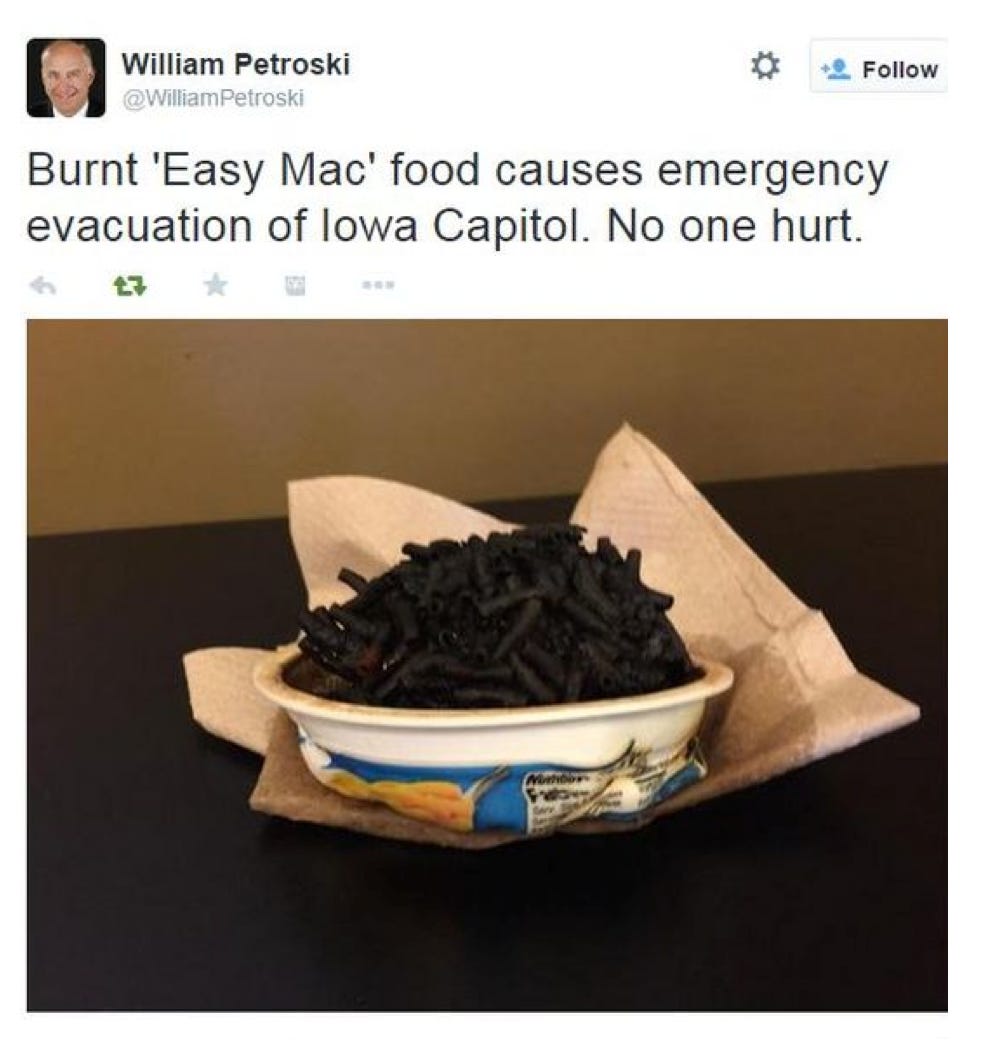 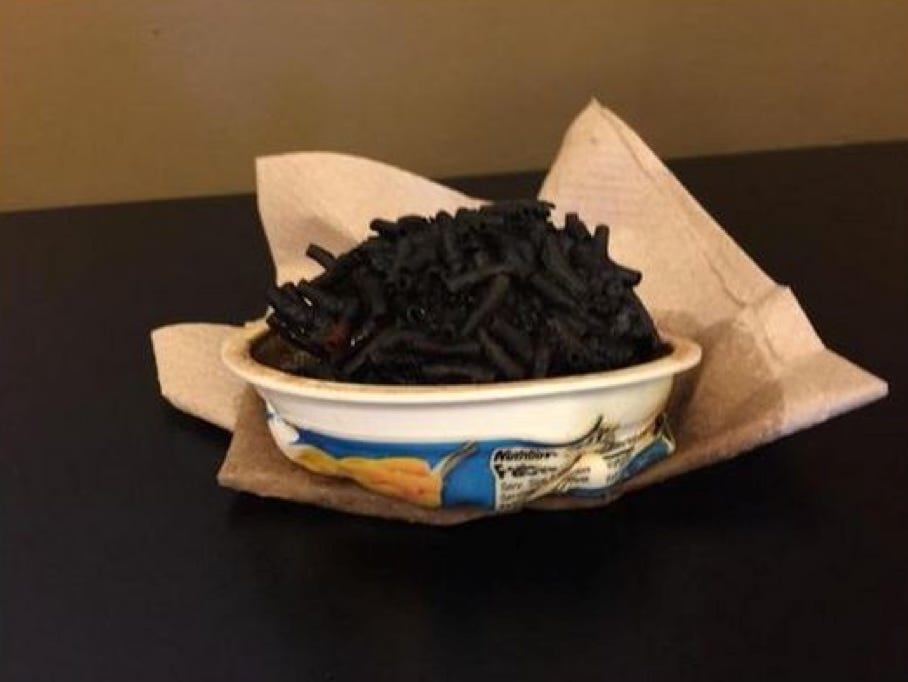 Des Moines Register- Someone at the Iowa Capitol left their lunch in the microwave a little (or a lot) too long Monday. The emergency alarm went off shortly after 11 a.m. due to smoke coming from a microwave oven behind the Senate chamber, according to Secretary of the Senate Michael Marshall. The Capitol had to be evacuated. The source of the smoke? Burnt Easy Mac macaroni and cheese. The evacuation has since been lifted and lawmakers were allowed back in the building.

EVERYBODY OUT!  OH MY GOD!  WE’RE ALL GONNA DIE!  SAVE YOURSELVES! RYAN STARTED THE FIRE!

Wait, nope.  Some guy just left his Easy Mac in the microwave too long.  Classic.  Lawmakers straight up having no idea how long to zap their mac n cheese.  Nice.  No doubt in my mind it was somebody who’s still trying to shake out the cob webs from the weekend’s hangover.  One of those Mondays where you’re like, “How is it possible that I took 4 naps yesterday and I still feel like absolute shit today?”  His day just got even worse and he earned himself a new nickname.  The fire guy!

PS- Somebody at the Capitol better be making RYAN STARTED THE FIRE jokes for the next month or this whole thing was a waste.  Most jokes people make in the cubes suck but this is somebody’s chance to actually land one.  Spin a negative into a positive.