A truly great piece done here on Sportico that shows us the ramifications of college football happening stretches far beyond just campuses.

SOURCE-No company has more money tied into the fate of this upcoming college football season than the Walt Disney Co.

The dominant corporate force in college sports, Disney’s ESPN co-owns two conference networks, has broadcast deals with nearly all of college football’s top division, and televises every major bowl. It also owns—literally—a large chunk of the smaller postseason games, and controls commercial rights like sponsorships and naming rights to the biggest.

That's more than ESPN has in ad deals for the NFL!

To put that in perspective, ESPN’s NFL package only generated $314.8 million.

Those numbers don’t include the college games televised by ESPN’s ACC Network and SEC Network, nor the plethora of other matchups streamed on ESPN+, its digital service, which costs $5 per month and is popular among football fans.

Here are some other networks numbers: 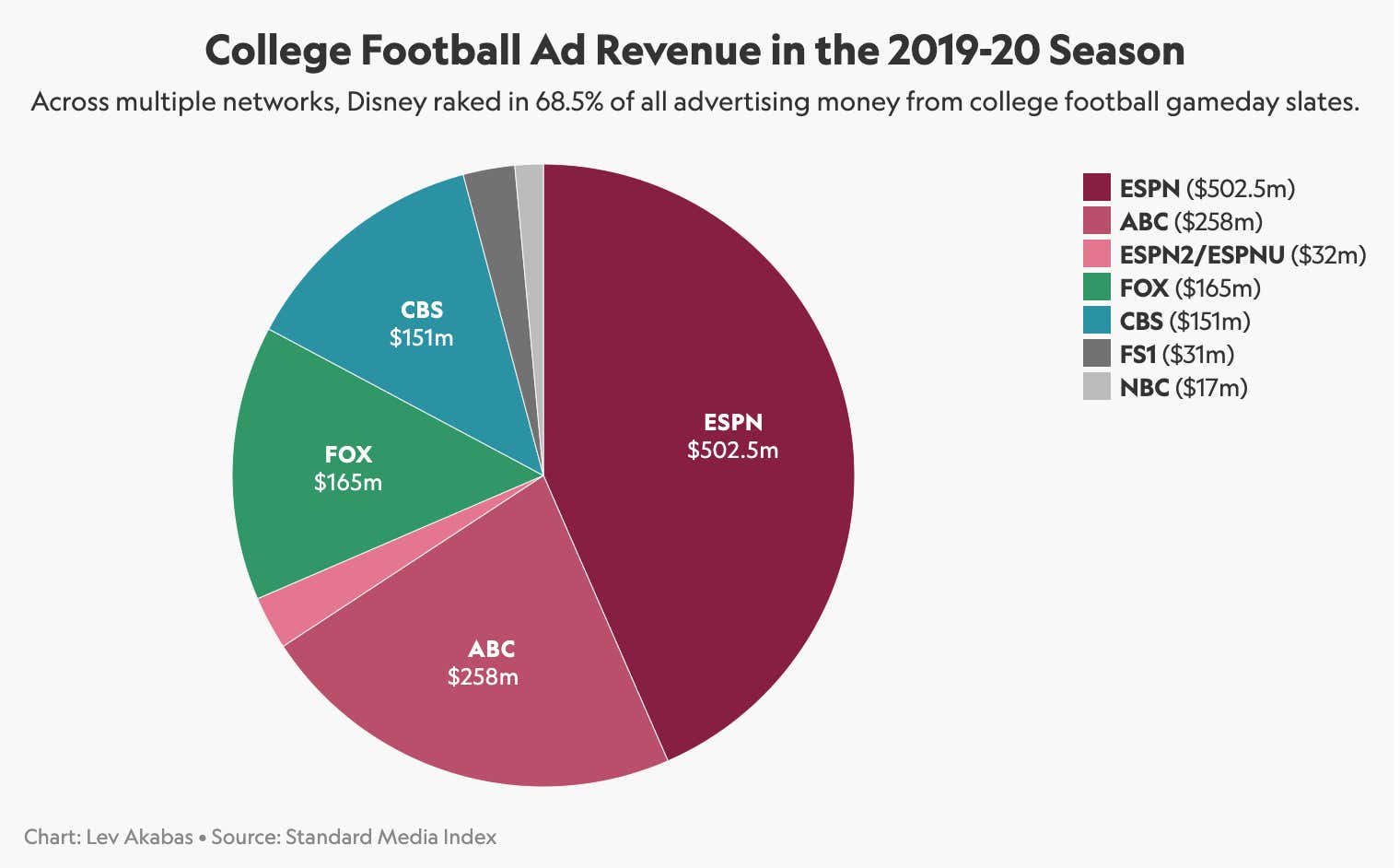 God bless whoever has to figure out what happens if the season does in fact get canceled.

Should college football’s doomsday scenario comes true, ESPN will have to negotiate make-goods for ad buyers, and sort hundreds of millions in rights payments it owes to schools, conference and bowl properties. Unwinding that billion-dollar web of payments will be a Herculean task.

I often fail to truly understand just how big of a business college football is. You think about the basics like ticket sales, ad deals, and whatnot, but what you forget is:

And I'm probably missing a billion other things.

College football isn't unique in this. The trickle-down effects of cancellations are bigger than just the headline you read. As one of my friend's dads put it when we were talking about the 2020 season potentially getting cancelled, "Yeah, a lot of money is going to be lost. Get in line, college football. Get in line."