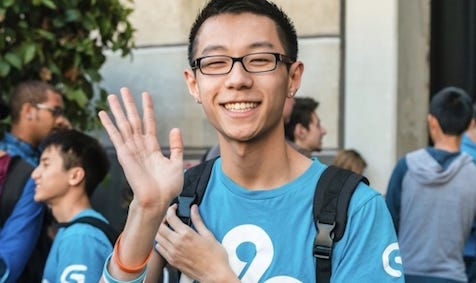 Endgadget – If you’re into eSports, then it’s highly likely that you would have heard of Hai Lam. He’s best known as the Mid Laner and captain of Cloud9, which is regarded as the best US eSports team for the popular online multiplayer game League of Legends. Nonetheless, just less than a week after his team finished second in the North American Championship Series, Cloud9’s shotcaller has announced he’s getting out of the game. Like football players are forced to retire when their knees give out, a persistent wrist injury means Lam can no longer mix it with other A-list players on the big stage. In a blog post on the Cloud9 website, Lam explained his reasons for retirement, noting that his wrist injury made it hard to keep up with his teammates and deliver on a tournament level. In the world of eSports, professional gamers are considered athletes, thanks to their crushing training regimens and busy tournament schedules, so to hear of a big-game player being forced to retire due to injury shouldn’t come as much of a surprise. It’s not been a particularly good year for Cloud9. After a poor showing in North America’s fully professional League of Legends league last year and an earlier than expected knockout in the 2014 World Championships in Korea, the team has found it difficult to replicate past successes. Its recent second place finish means the team might not even make the 2015 World Championships this fall. Lam says that teammates also lost confidence in his playing ability during that time, which contributed to his decision. Although he won’t now figure as one of Cloud9’s major players, Lam isn’t going far. He’ll now enjoy the role of “Chief Gaming Officer,” helping to recruit and mentor new players as well as maintaining the group’s partnerships (which already include HTC).

It happens to every one of the all time greats. The slow decline into medocrity. Joe Montana finishes his career as a shell of his former self on the Chiefs. Michael Jordan retires for good a member of the Washington Wizards, an era of MJ basketball most people choose to forget. Derek Jeter limps to the finish line batting .230 unable to play the field. One of the worst things ever is seeing the all time greats slip into obscurity.

Well thats not how Hai Lam is doing it. Hai Lam is going out on top. Bowing out with dignity before the game passes him by. The wrist no longer allows him to compete at a championship level so thats it. Nothing but the best for Hai Lam. Go out on top like Mariano Rivera or Jerry Seinfeld. Don’t be a burden to your teammates. Dont tarnish your legacy. Just listen to your body and hang em up when its tell you to.

Congratulations on a great career, Hai Lam. One of the greatest competitors of our generation. Enjoy retirement as you make money by making appearances as a Jeremy Lin look alike.