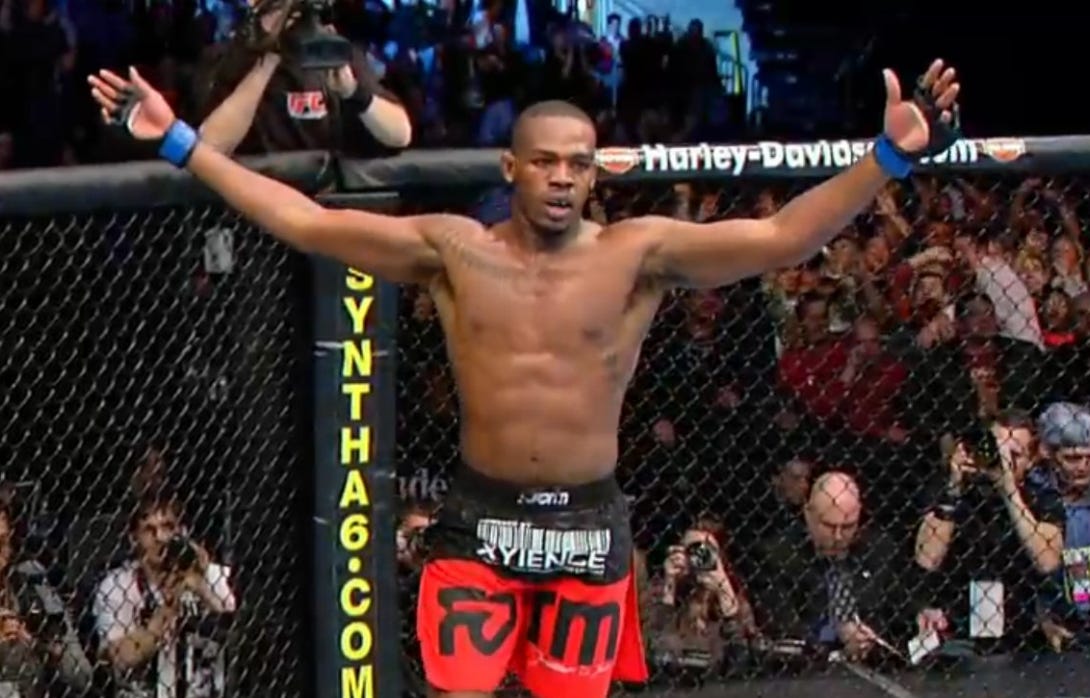 (Source) The Albuquerque Police Department is actively seeking UFC Fighter Jon Jones for questioning in regards to his possible involvement in a hit-and-run accident, near the intersection of Juan Tabo and Southern, in Southeast Albuquerque early this morning, April 26, 2015.

A pregnant female in her 20s, who was the driver of a separate vehicle, was taken to a local hospital for minor injuries. Officers attempted to contact Mr. Jones at his residence Sunday evening, but were unsuccessful. We have also reached out to his lawyer, but as of now, have not heard back.

The Albuquerque Police Department is asking Mr. Jones to please contact us as we continue to investigate by calling (505) 242-COPS (2677). More information will be provided when it becomes available.

Well what did we learn here? How about don’t take your drug addiction advice from a blogger for one. I hypothesized a few months ago that Jon Jones simply had a long weekend of partying when he was allegedly checked into rehab for “cocaine addiction”, then immediately cured 24 hours later. At the time I thought that sounded just about right. You party too hard, you have a shitty hangover, you feel like ass Monday morning, you go to rehab, wake up Tuesday, feel better and boom you’re cured. Normal people like you and me would just call in sick or drink 10,000 gallons of gatorade, but rich athletes with a reputation to uphold would fake go to rehab for a minute and do the whole “i’m sorry” tour. Well turns out I was probably wrong because it seems as though Jon Jones probably does have a little bit of a booger sugar problem. Not saying this conclusively but if everyone says you have a coke problem and then you hit a pregnant woman with your car on Sunday morning when you’re still out from partying Saturday night inciting a police search for you, then yeah I’m going to say you might have a coke problem. Good news for Jon Jones his next fight isn’t until the end of May so he’s probably doing that thing we all do where we tell ourselves come Monday morning we’re going to totally get our shit together. Been rocking that mindset for about a decade now.