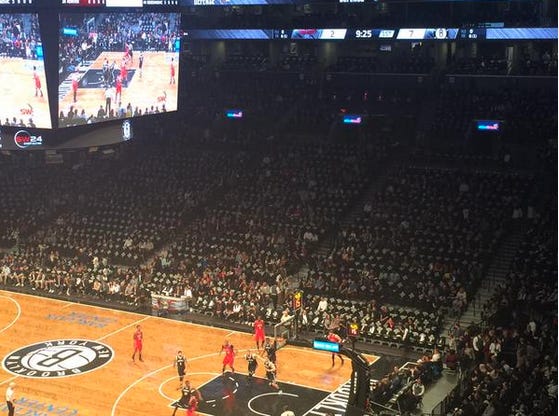 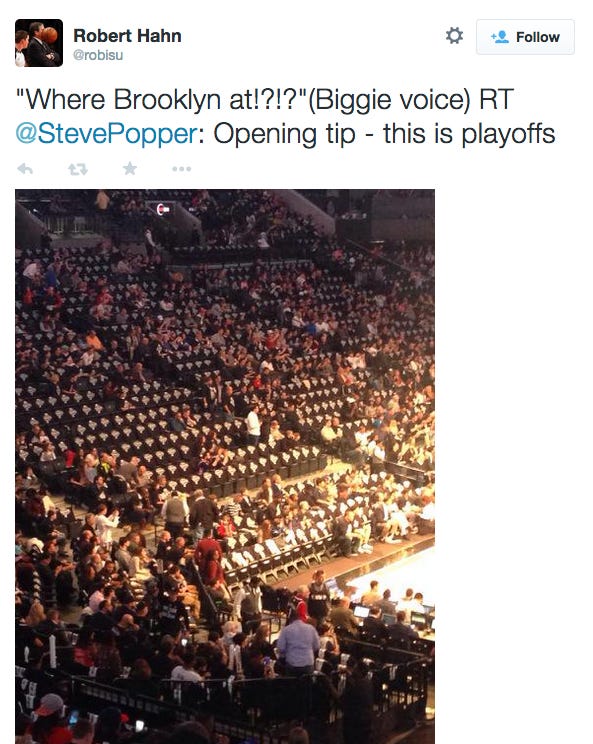 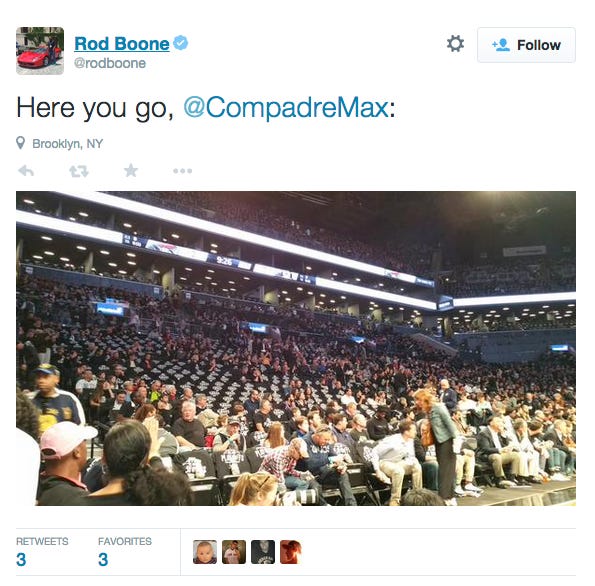 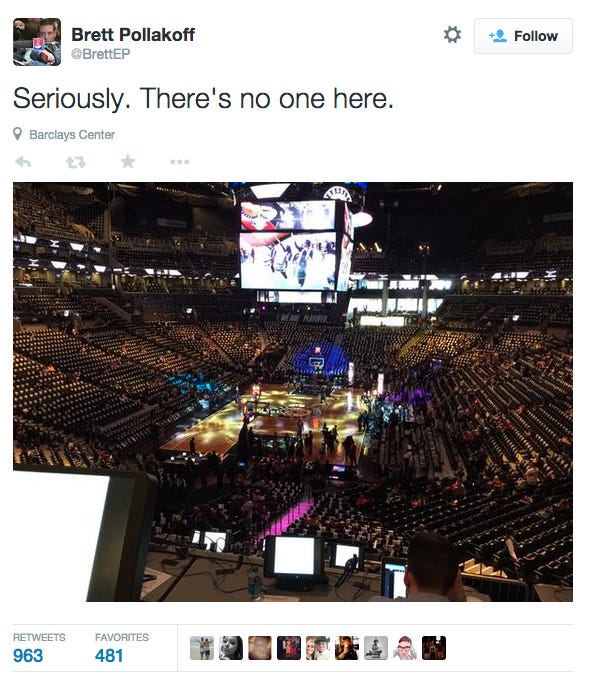 Look I’m not one of these guys that jumps all over teams based on attendance. Its one of the lamest arguments in sports. Arguing which teams sell the most tickets and which teams are “classy” are the arguments losers make when they cant think of anything better to say. But that being said, the turnout in Brooklyn for yesterdays game against the Hawks was staggeringly low. It was a Sunday game with a 3pm tip. You cant blame that on a late arriving work crowd. You cant blame the stadium being crappy or in a shitty location. A turnout that small for a playoff game is absolutely nuts. Borderline inexplainable. Nets fans simply don’t exist.

And like I said ultimately I dont really care. The Evan Roberts’ of the world dont care how many people out there root for their team or how many tickets are sold. The Knicks have sold out the Garden like a billion games in a row and they are the worst team in basketball. Barclays Center was empty all year but the Nets played postseason ball. In the long run the Nets are in worse shape than anyone but they still played in the postseason regardless of how many Brooklyn hipsters showed up to watch.

And all the people saying “I hope the Islanders are looking at these crowds in Brooklyn” can get lost. Comparing the Isles and Nets is apples and oranges. A) The Nets never had fans to begin with. B) they moved from a different state and C) The Islanders have a much, much brighter future than the Nets.  The Islanders have a larger, more loyal, more rabid fan base, and they’re moving less than 30 miles away. Instead of being able to drive around the corner to the dump Coliseum, Long Island folks gotta hop on a train for like 20 minutes to get to Brooklyn. Thats not going to cripple attendance the way the Nets move did. And at the end of the day its about the product you put on the court/ice, and the Islanders are way ahead of the Nets in that department.