Yesterday was easily the craziest day of my entire life.

When I saw the notification on my phone reading that "Ye" followed me on twitter I was in complete and utter shock. One of the most famous people on earth followed me back. Never in my life did I ever think he of all people would follow ME back.

Obviously, most people are aware of the recent drama within the Kardashian/West family. Kanye went on multiple serious twitter rants and made some shocking claims regarding Kim Kardashian. He basically said that Kim was a white supremacist and they were holding him captive within the house. Kanye has spoken publicly about his struggle with Bi-Polar Disorder so it's safe to assume his recent behavior most likely caused by some sort of manic episode.

Yesterday more news broke that Kim Kardashian was meeting with a divorce lawyer after Kanyes rants and controversial comments had come to an end.

I felt that since Kanye had just recently followed me I should direct message him and check in, just to make sure he is okay. Similar to how Dave Chappelle flew out to his house the other night.

So I shot him a DM and surprisingly enough...he actually replied. 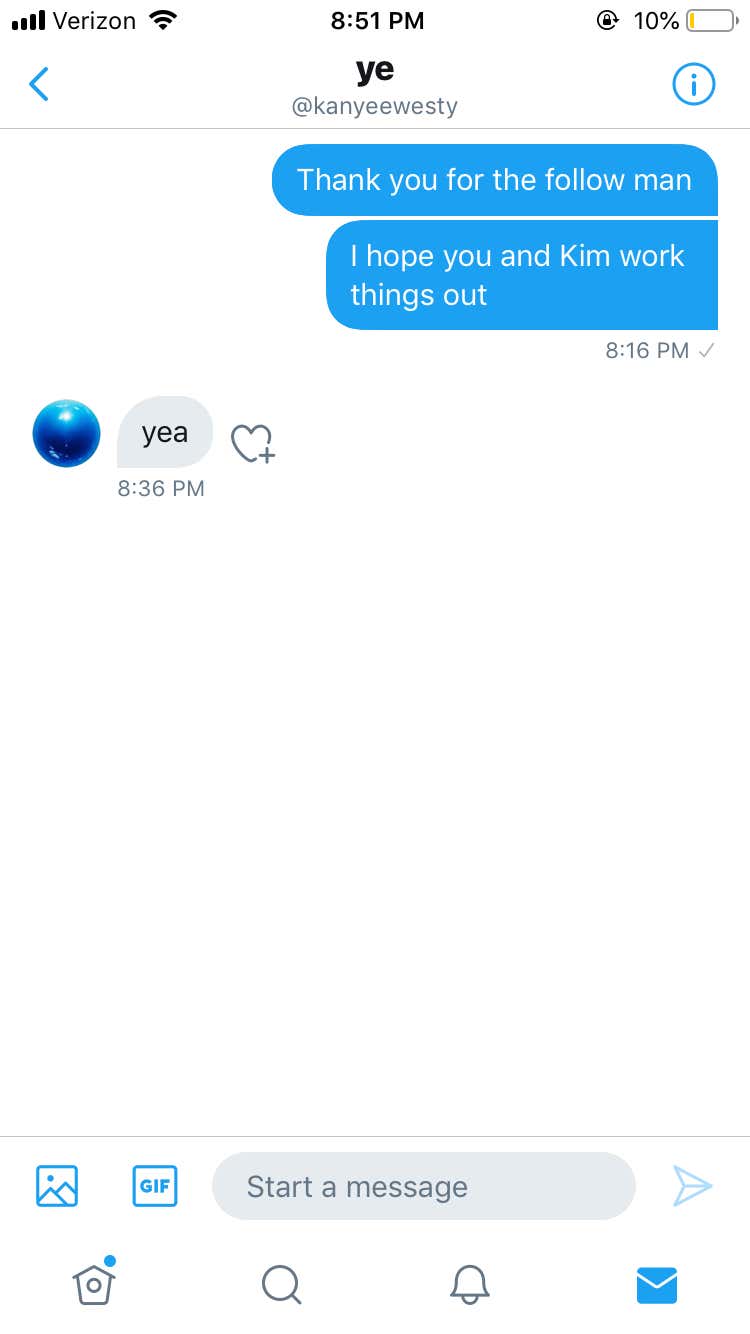 I simply thanked him for the follow and I wished that him and Kim work things out. All relationships go through Hell. Real ones make it through it.

Kanye is a tough man to read but he seemed pretty grateful that I reached out. I think this is the beginning of a great friendship.

Also here's proof that he actually followed me for anyone who thinks I'm lying. 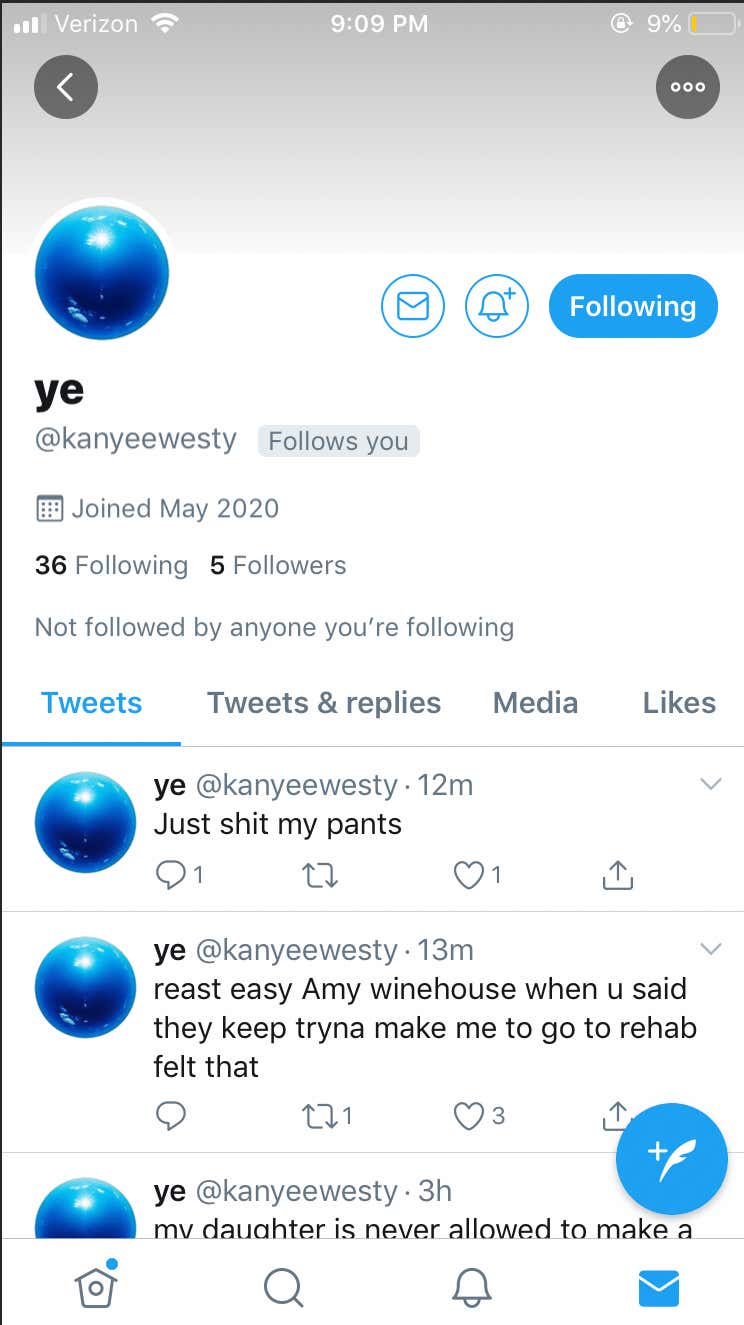