There is an anti-mask rally going on in Wisconsin today. I'm not really a rally guy in general, as I tend to not give too much of a shit about most things enough to show up to something with a bunch of other weirdos who decided a rally was appropriate for. Furthermore, I'm very unfamiliar with what anti-mask rallies generally consist of, but this one today seems to feature this guy singing an original tune which I would guess is titled "Herd Immunity Is Coming To Town" based on the lyrics presented. For the sake of this blog, let's just assume that is the name.

Unfortunately for all of us, the person filming this video seems to started recording in the middle of the song, so we will not ever get to hear this full masterpiece, but I am going to do my best to break down what we do have to work with.

BUT before we get into that, a quick definition of herd immunity just so everyone is familiar.

According to Wikipedia, Herd immunity is a form of indirect protection from infectious disease that occurs when a large percentage of a population has become immune to an infection, whether through vaccination or previous infections, thereby providing a measure of protection for individuals who are not immune.

I'm going in with an open mind, ready to hear this song and hear this guy out.

"Spreading these germs all around"

That is a hell of a hot start. I can't say I am particularly fond of this opening line here. Now, within the construct of the whole herd immunity concept, sure it plays, but generally a bit shocking to hear amid everything going on in the world.

"Herd immunity is coming to town. Take off those masks and let it spread around"

At this point in the tune, I'm starting to come around on this herd immunity idea. No masks sounds better to me. It's 900 degrees in New York City and every time I go to walk my dog my shitty $2 black nylon mask from my bodega gets insanely hot. I think the fact that we have accepted a "slow the spread" concept as a country has me still a bit skeptical, but I'm listening.

No argument here. Kids these days all spend way too much time on social media and playing video games. [Read that last sentence in the voice of the hot dog guy from I Think You Should Leave]. Nothing wrong with a little fresh air and some quality time with the neighborhood kids.

"[Mumbles/unclear sounds]...We all got sick we turned out okay. Herd immunity is coming to town."

Another line I'm not huge on. I understand the idea of strengthening an immune system, but I'm not sure we should be striving to have kids specifically get sick, herd immunity or not. Just doesn't seem particularly fair to the children. The singer also unfortunately seemed to lose his rhythm a bit here, but recovered toward the end.

"How much longer is this going on...How much longer we dragging this on...While peach farmer writes this song...let's start and think what's right from wrong. Herd immunity is coming to town (x3)

Going to be honest, he lost me a bit here. He stumbled over the first line, which left me feeling a bit rudderless, then repeated it slightly differently, sending himself completely off the rails, forgot the words again - losing his rhythm in the process - references a peach(?) farmer that is unfamiliar to me and then challenges me to begin thinking about what is right from wrong, something I fear he did not provide enough information during the song to allow me to do. He once again finds his way back with the herd immunity hook, but unfortunately was not the strong finish one expects in a life performance.

Now, ups and downs aplenty, this was still an objectively electric performance. Unfortunately, he also ran into a few hangups that I, personally, feel could have easily been avoided.

1. Probably don't write the lyrics to an entire song on a single index card. 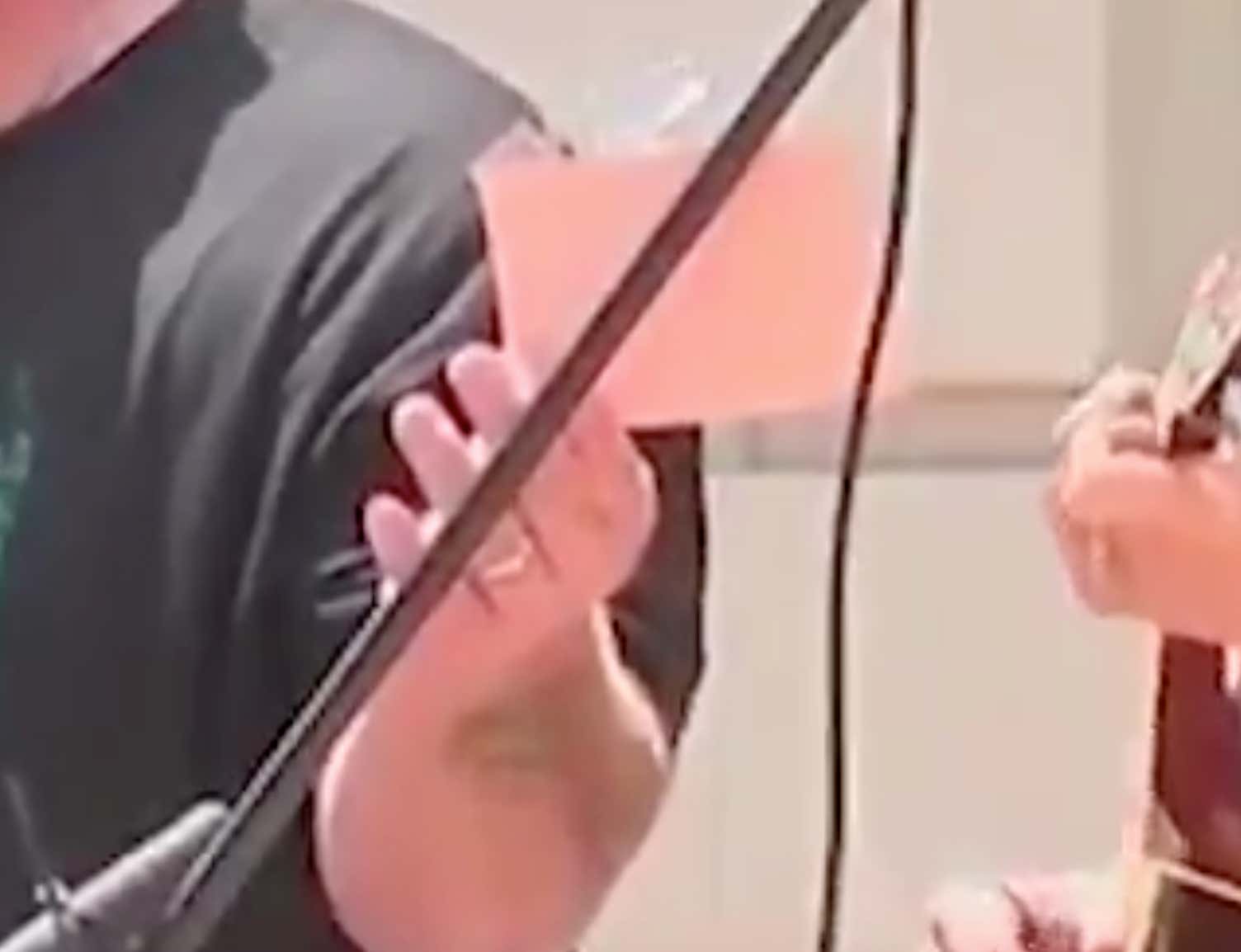 You're putting yourself at a major disadvantage here. How small must the font on that thing be to fit it all? This isn't your biology final where your professor allows you one index card worth of notes for a test, splurge on a second card pal. Which leads me to tip number two.

2. Learn the words to your song before publicly performing it.

It seems our good friend here did...not much practicing leading up to this performance. The combination of the tiny lyrics and seeming severe lack of knowledge of his own song proved to be a pretty brutal combo.

Talk about a consummate professional. I swear to god the first time through I didn't even notice this guy. He might as well be a music stand. Not sure he moved a single inch the entire performance. Eyes forward, stiff as a board, unwavering hand. An absolute masterclass in card holding. Textbook. 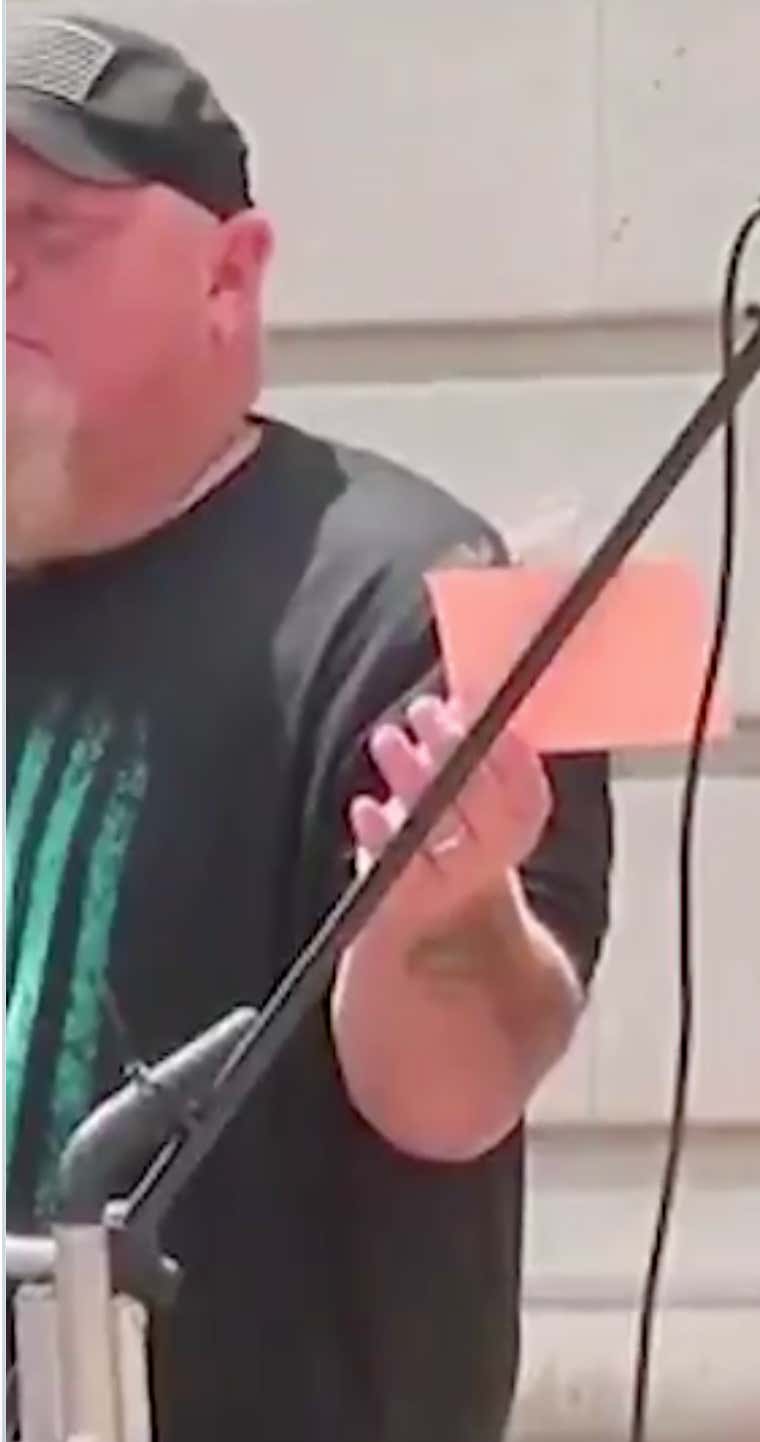 2. Explaining what his song meant directly after singing it.

Typically you wouldn't want to have to explain the meaning behind your song's only intention right after finishing, but that didn't stop this man. He swallowed his pride, clumsily said some words about trying to get people immune and then slowly trailed off into near silence. That takes balls.

Not since Mask Off by Future has a song so passionately revolted against the facewear. I'm rating the entire performance a 5/10. I've seen better, I've seen worse and I'd be lying directly to your face if I said "herd immunity is coming to toooown" wasn't stuck in my head.