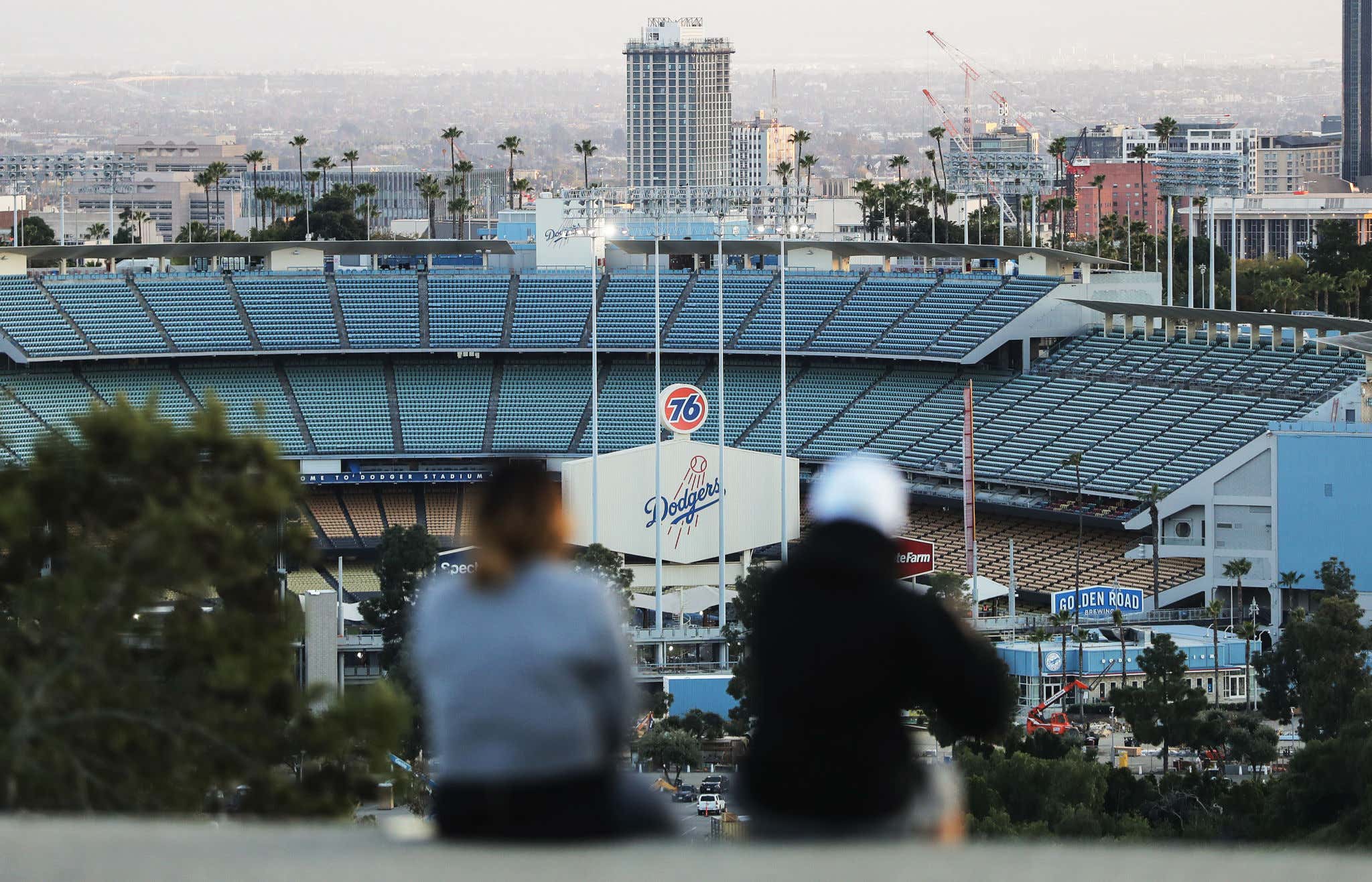 Earlier in the week, Reags wrote about the challenges facing NBA players, having to deal with a sort of forced celibacy inside The Bubble. And we've covered extensively on how what a hardship it's been for them.

Well with MLB starting today, you can make a case it'll be even harder for them, since they're not under the careful watch of Disney's Abstinence Police. Baseball players are on the honor system. And if we've learned anything from a century of spitballs, corked bats, segregation, PEDs and the Astros, "honor" in baseball is not much of a system.

Jeff Passan has a piece outlining some of the various issues that could create havoc with a season already unlike any other. And at least one player he talked to sees the biggest threat to seeing this thing through to a World Series is a problem as old as baseball itself.

What are players' biggest concerns as they start traveling?

Well, there are the plane rides, the hotel stays, the bus trips -- all of the extra points of contact that traveling entails. There are also trips into cities where the coronavirus is far more present.

So the biggest threat to the 2020 baseball season is thirst?

You said it, not me.

Seriously, what's the biggest threat to the season?

Certainly eschewing protocol brings its own perils -- and it's not just guys trying to hook up. What if a player from New York travels to Atlanta, where his family lives. Is he really going to sequester himself at the hotel and just order takeout? Not see his mom and dad after months of lockdown and quarantine limited them to FaceTime calls instead of actual face time? It's possible, certainly, but the risk of travel is rooted as much in those sorts of interactions as it is in players getting Tinder-happy.

It was nice of Passan to throw in that last bit about players being overcome by the temptation to visit their dear old silver-haired parents as kind of a disclaimer. But lets not kid ourselves. That's not going to be an issue. You don't take up a career that has you away from home from late February to (hopefully) late October because you can't stand to be away from the 'rents. Hell, I personally know some non-athletes who are using Covid as an excuse to avoid spending time with their folks, and acting like it's a personal sacrifice. Like they're actually being noble.

No, the real issue here is to ask MLB players to keep it in their pants when they're on the road. And we can't oversell how tough that challenge will be. Boning your attractive fans while you're away from the wife and kids has been as much a part of the culture of the Majors as sunflower seeds and not throwing punches during bench clearing brawls.

I remember reading an old story about this legendary coach named Jimmy Reese, who roomed with Babe Ruth. And the story went that the first time they met, he walked into their hotel room and The Bambino was on his back with a hot dog in one hand and a beer in the other and a hooker riding on top of him. And without stopping, he turned to Reese and said, "Hiya, kid!" Wade Boggs was as famously superstitious as and player ever, and he truly believed Margo Adams coming Commando to his games helped him. And over his career he batted .500 with women in scoring position. The late, great Dan Jenkins wrote mostly about golf and college football. But I read him once ripping guys like Ken Burns for the way they talk about baseball with all this purple prose about how it's a metaphor for life or whatever. And he said, "I never understood why people say that stuff when I've never once met a baseball player who could get through a sentence without using the word 'cunt'."

So yes. I agree with this anonymous guy from last year's playoffs. This is an existential threat. Even if we don't have fans like Julia Rose, the legendary World Series flasher in the stands,

In every Major League market. Laying thirst traps. Threatening to bring down the entire Jenga tower in a blaze of horniness. I hope this player is wrong. But you can't fight nature.
mlb+ 2 Tags