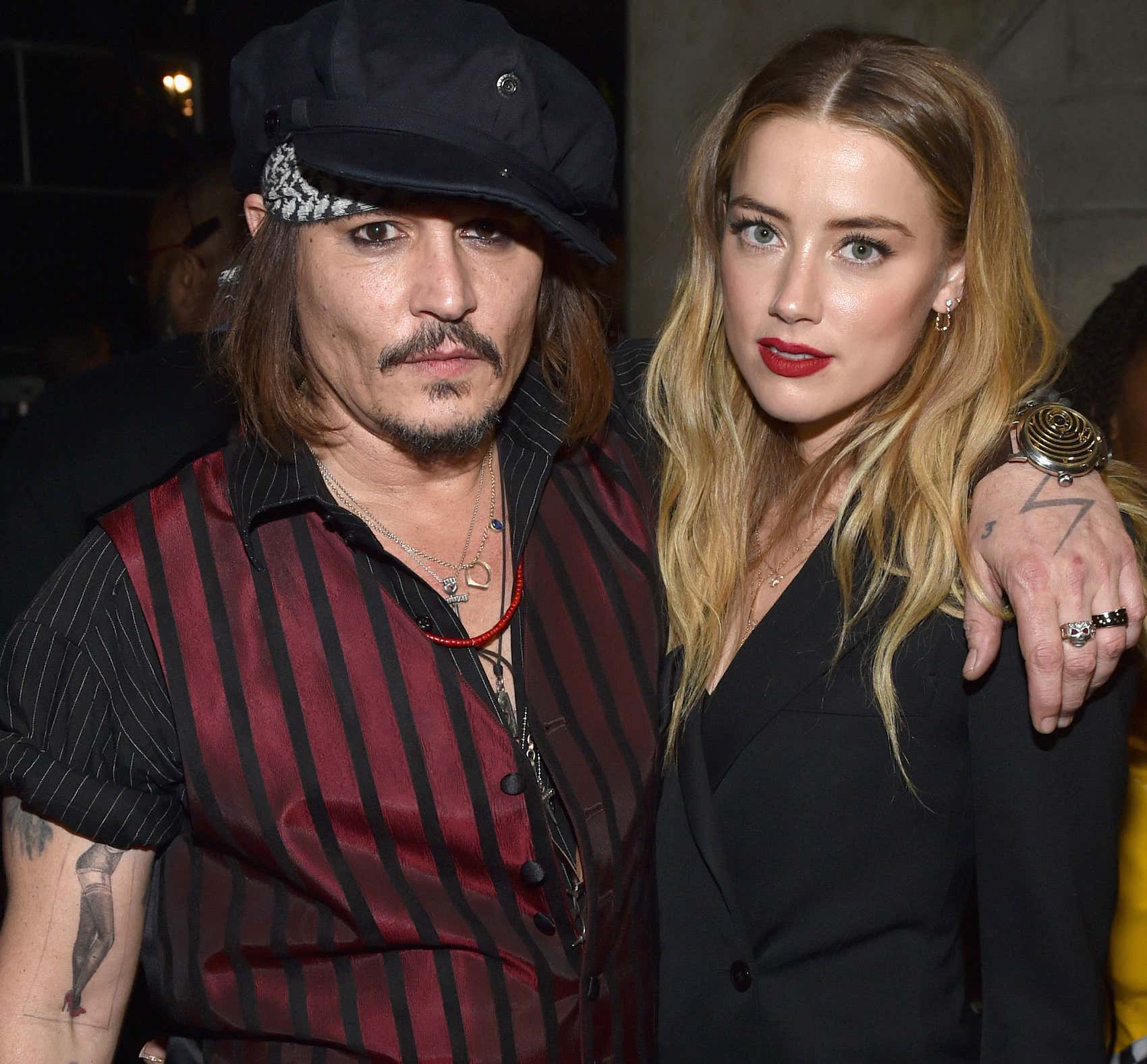 (Side note: it feels a little weird to put a picture of them embracing next to "Amber Heard accused Johnny Depp of pushing people down the stairs," but what the hell else am I going to use for the thumbnail? I considered putting a Depp as Sweeney Todd gif that highlights what Sweeney Todd does best, but that felt HIGHLY inappropriate and accusatory, so happy couple pic it is.)

PEOPLE - Amber Heard claimed to a British court on Tuesday that the first time she struck her ex-husband, Johnny Depp, after years of alleged abuse came in March 2015 when she defended her sister, Whitney, from being thrown down the stairs.

Oh boy. If you thought pooping in beds, pissing on walls, and holding puppies out of windows was bad, you ain't seen nothin' yet.

The Aquaman actress also said she hit Depp for the first time in March 2015 to defend her sister. When asked whether she had punched the Pirates of the Caribbean actor “with a closed fist,” Heard said she had struck him after he had hit both her and her sister.

"He was about to push her down the stairs and the moment before that happened, I remembered information I had heard that he pushed a former girlfriend — I believe it was Kate Moss — down the stairs." Heard said. 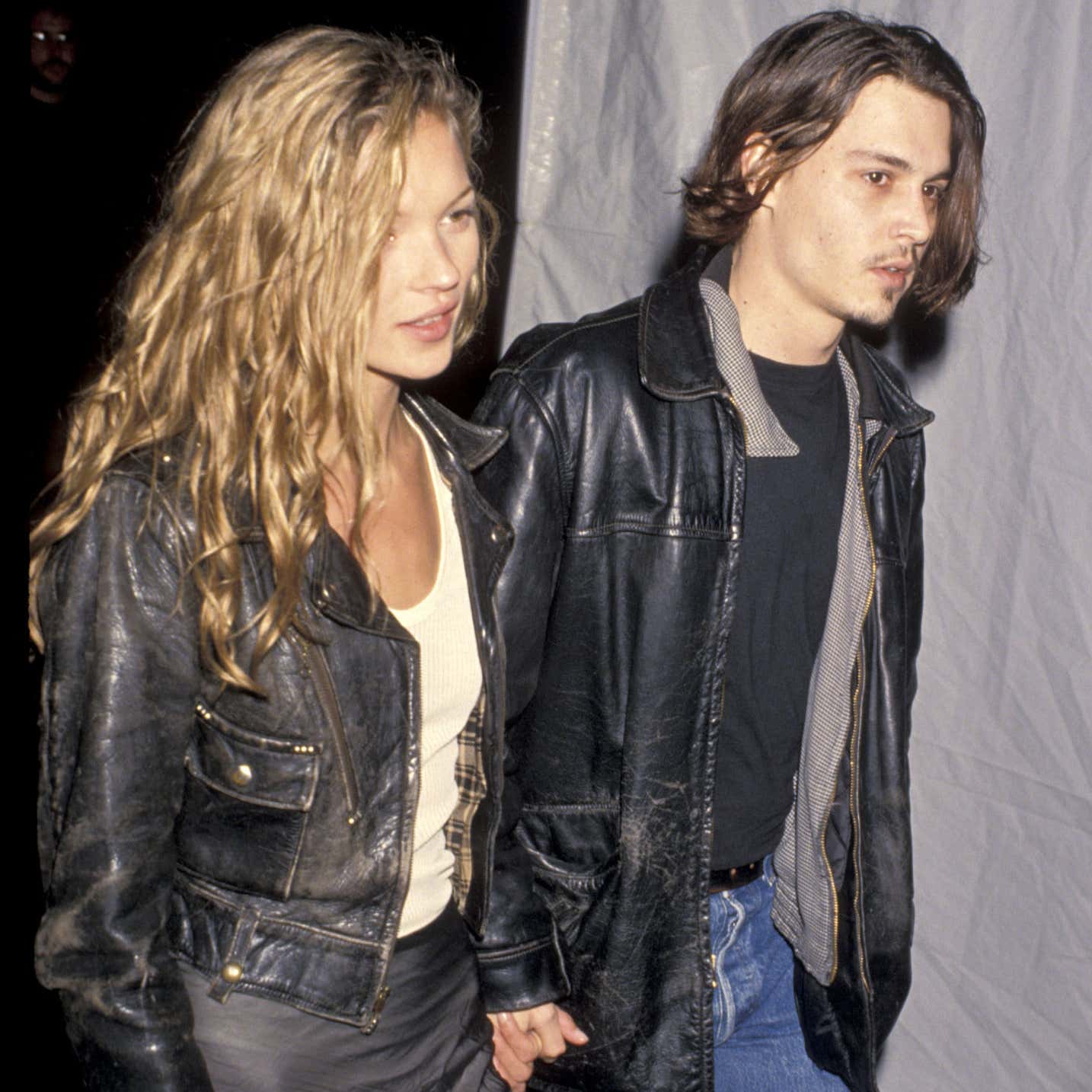 Hang on. Johnny Depp was moments away from shoving Heard's sister down the stairs, when suddenly Heard remembered a story about him pushing an ex down the stairs, so she smacked him to prevent the incident from happening? And she "believes" that ex was Kate Moss? Wow.

Let's sidestep the validity of her testimony for a second… if you're going to make an accusation of that magnitude, you better make damn sure you KNOW who the alleged past victim is; "maybes" and "believes" just aren't going to cut it. And if you aren't positive, it's probably not a good idea to just throw someone's name out there so casually when the statement is anything but.

Heard was then questioned by Depp’s counsel, Eleanor Laws, on why she had never previously mentioned the allegation involving Moss, who dated Depp in the 1990s.

“I’ve not had the liberty of time or space or energy even to list every thought that crossed my mind,” Heard said.

As someone with a terrible memory, I can attest that sometimes you just don't remember shit you really should remember until it's too late; however, you should probably do your best to remember monumental moments that could possibly corroborate your statements and, in turn, your case. In fact, some might argue that's THE most important thing.

For now, it appears the stories will continue as this thing is far from over. But when it finally is, if this all turns out to be true, Johnny Depp is an awful, awful human being. And if it turns out to NOT be true, the same will be true for Amber Heard because you really can't go around falsely accusing people of almost-shoving/shoving people down the stairs. That's what we call attempted manslaughter and that is not to be taken lightly. 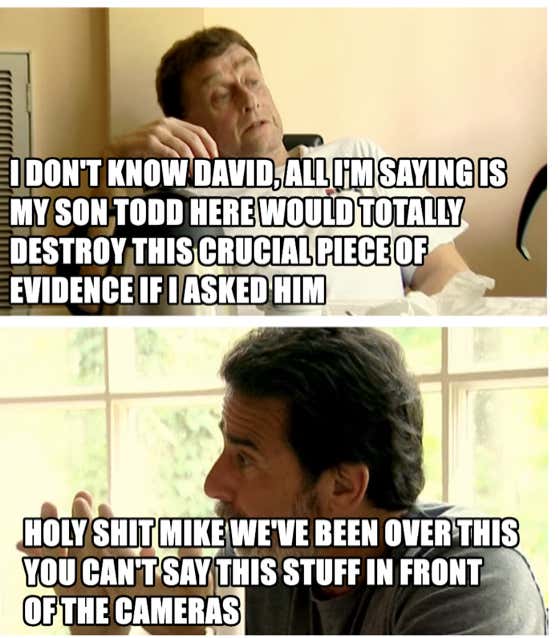