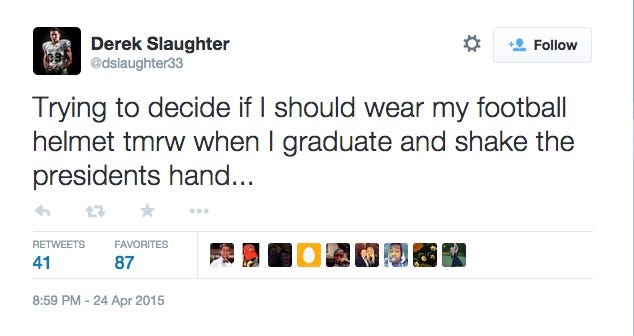 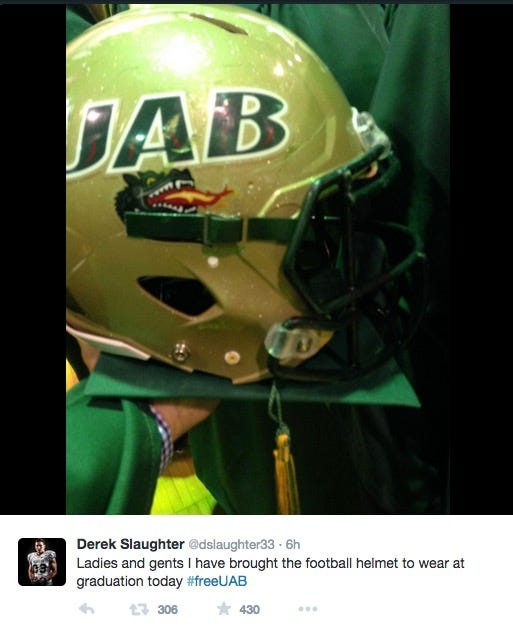 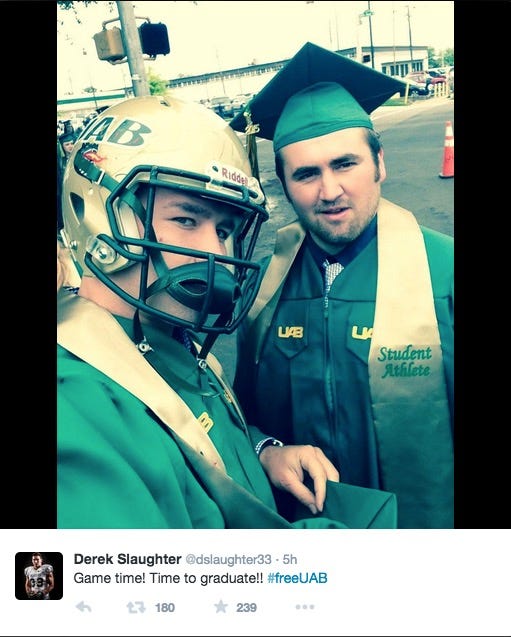 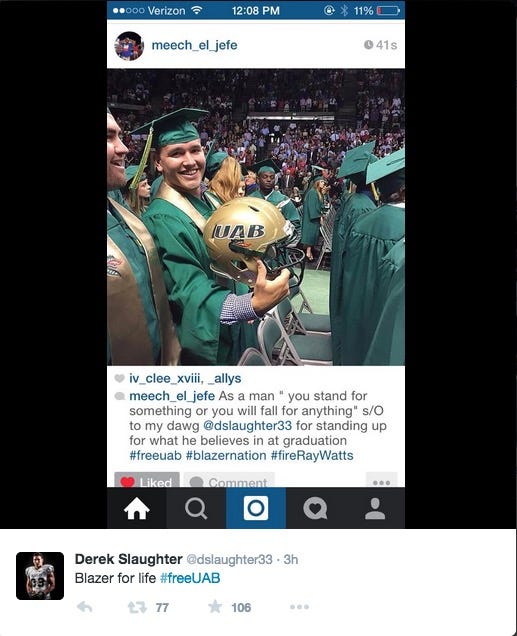 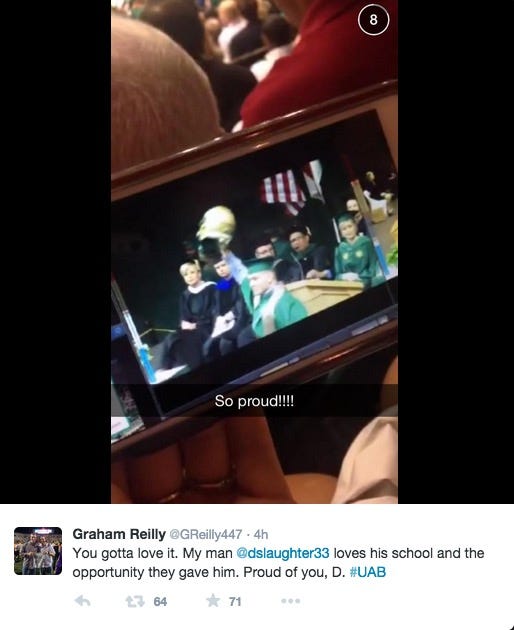 Awesome move of protest by Derek Slaughter, a (former I guess, thanks to the administration) linebacker on the UAB football team. The team that was disbanded because it “wasn’t making any money,” except, oops. A couple of experts messed around and realized that was all bullshit.

A study released Thursday by an independent economic analysis firm challenges the claim by University of Alabama-Birmingham officials that the football program had to be dropped for financial reasons, asserting that, in fact, the sport makes money for the university — and that surpluses would grow in the coming years.

The report comes in response to the move by the Conference USA school to shutter the sport on the grounds that it could no longer afford to financially support football, especially with schools moving to cover the full cost of attendance with athletic scholarships. UAB also eliminated rifle and bowling.

“We find that the three sports in question did not cost the university anywhere near the $3.75 million indicated on UAB’s accounting statements,” wrote Dan Rascher and Andy Schwarz, partners of Bay Area firm OSKR. “Instead, after making the sort of adjustments suggested by the economics literature, we conclude that the three sports were effectively break-even to slightly positive. Football and bowling showed a modest positive return for 2013-14, the last year for which complete data was available. Rifle showed a deficit, but the three-sport balance was positive to the tune of $75,000.” [ESPN]