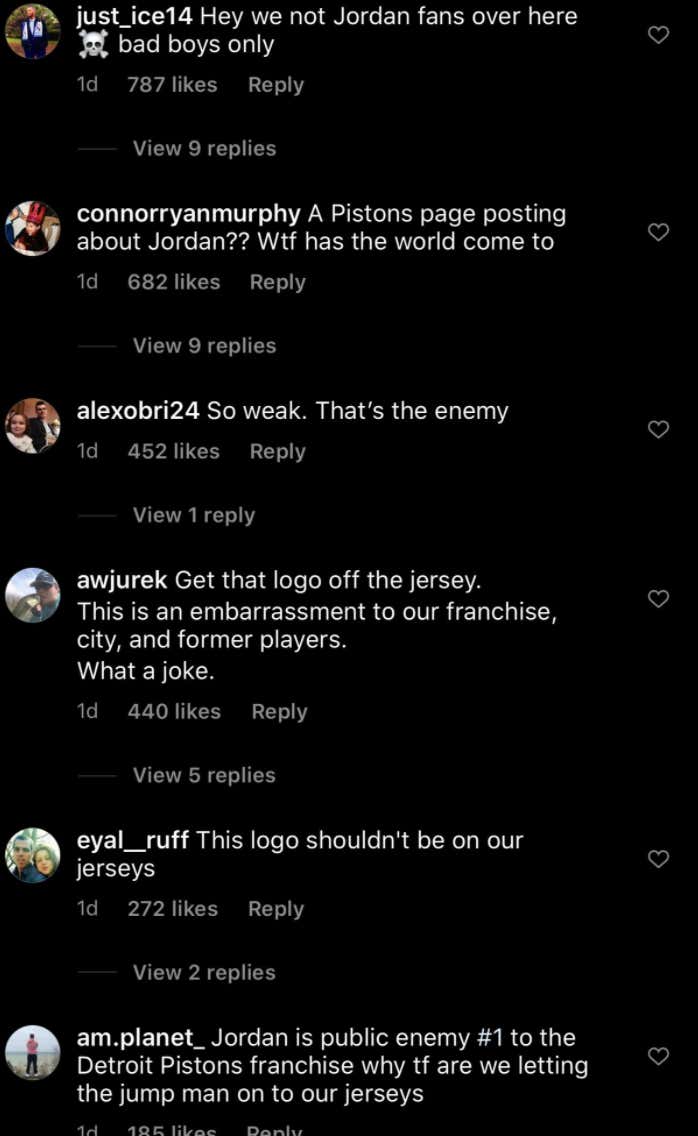 So the Jumpman logo is going on every Statement Edition jersey starting next year - including the Pistons. Now you may not know this but the Pistons and Jordan have a history. Not sure if you ever heard about him vs Isiah Thomas or him vs the Bad Boy Pistons. There may or may not have been handshakes not exchanged and something called the Jordan Rules.

Here's the thing. I know it's petty. I know Jordan Brand is one of the biggest names in basketball. But I LOVE that Pistons fans are pissed. I want that in sports at all times. I want the pure hatred and pissed that they even have to think about seeing the Jordan logo on their jersey. I'm surprised there hasn't been some sort of petition yet to change it to Isiah Thomas, even though he doesn't have his own company. This is the type of shit we need more of.

I do love when fans take it a bit too far like my guy saying the Jumpman logo was an embarrassment to the city of Detroit. I'm surprised he stopped there. Why not go with the whole state? He's 100% the guy who will buy one of these jerseys just to burn it. I can see it on Twitter a year from now. There's also a 0% chance any of these guys know that every team has the logo on it next year.

PS: You know, YOU KNOW, Jordan is fucking dying laughing at this.