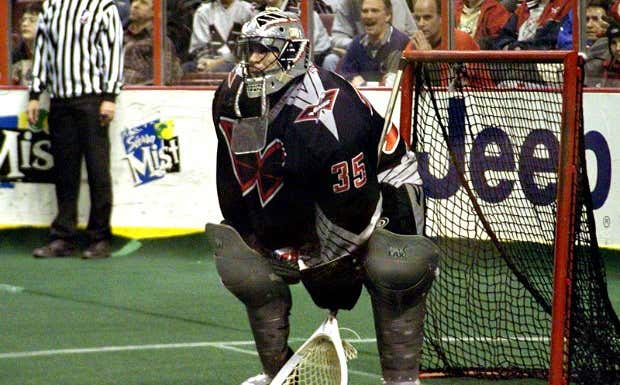 First of all, it's a shame the team won't be located in Dallas and then they could have been called the "Dallas Eliuks". That would have been sweet. But I supposed beggars can't be choosers. And according to trademark applications, it looks like they'll be going with something more livestock related.

Herd and Stampede both make sense because, ya know, Texas. Personally I'd call them the Fort Worth Briskets but that's just me. Now that I think about it, I might just need to move and become the Barstool Fort Worth guy. Don't get me wrong, the Dallas Cowboys can still suck a massive overstuffed bag of dicks. But they've got hockey with the Stars, now they have lacrosse with the Fort Worth Whatever They're Gonna Be Calleds, and it's no Austin but they have some barbecue with Brendan Lamb's Smiley's BBQ in the Forth Worth area.

And they always say keep your friends close and your enemies closer, so it would make sense to get as close to Jerry Jones as I can. Honestly it's starting to make a lot of sense. But that's neither here nor there.

Because the fact of the matter here is that is now 5 new teams and 1 new relocation in the past 3 years for the National Lacrosse League. Expansion teams in Philadelphia, San Diego, New York and Fort Worth. A relocation from Rochester to Halifax and then a new expansion team to replace the previous team in Rochester. All of this going down since the 2018 season. This Fort Worth team is still at least 1, probably 2 seasons away from actually playing in the league but still. That's a shit ton of growth in a short amount of time. And the more the league grows, the more the sport continues to grow with it.

There's already been a strong box lacrosse movement in the Dallas area growing over the last few years. But now you put a team down that movement is only going to grow stronger. Just imagine a world where every kid playing high school football in Texas now has box lacrosse to play in the winter. We're still a little ways away from that being a reality but this is a damn good start to make it happen. Then they play field lacrosse in the spring instead of baseball, then more colleges start to pick up lacrosse because they realize it's going to be a money maker sport in the next 10-15 years, then we get SEC lacrosse, and then the takeover is complete. And this Fort Worth NLL team is going to play a major role in all of it.

Unless the league decides to put this team in the same division as the Wings. If that's the case, I hope they're fucking trash forever.