Anybody who has been following Barstool for a while knows that Alex Trebek has been a mainstay on the blog, usually for something he said or did. It could be ethering a nerd who answered in the form of a question in some bonehead manner, letting his hair down for a minute to flex on one of those contestants, or reading a clue with a French accent thicker than a bowl of oatmeal.

However, I had to shout out the beautiful bearded man in that video for looking at most 65 despite turning 80 and oh yeah, fighting off Stage 4 pancreatic cancer longer than pretty much anybody expected. Trebek has always been an ageless wonder. But seeing him continue to shine despite everything that's going on while that lovely laid back celebratory Final Jeopardy theme played in the background as Big Brain James and other ex-contestants wished him well was music to my eyes, ears, and soul. Alleged "GOAT" Ken Jennings' absence did not go unnoticed but I'm sure he was likely busy scheming how he could pull out the Jeopardy throne from under Trebek.

For fellow diehard Jeopardy fans, this week they've gone back into the vault to give us all of the faces of Trebek back when he was rocking the lady killer combo of the sweet perm and stache during his younger days.

Some things have changed over the years, such as the colors, the set, and the audience acting like JFK just got assassinated after a wrong answer.

However, the occasional clean sweep of idiots making the biggest stage in trivia has clearly been going on for years. 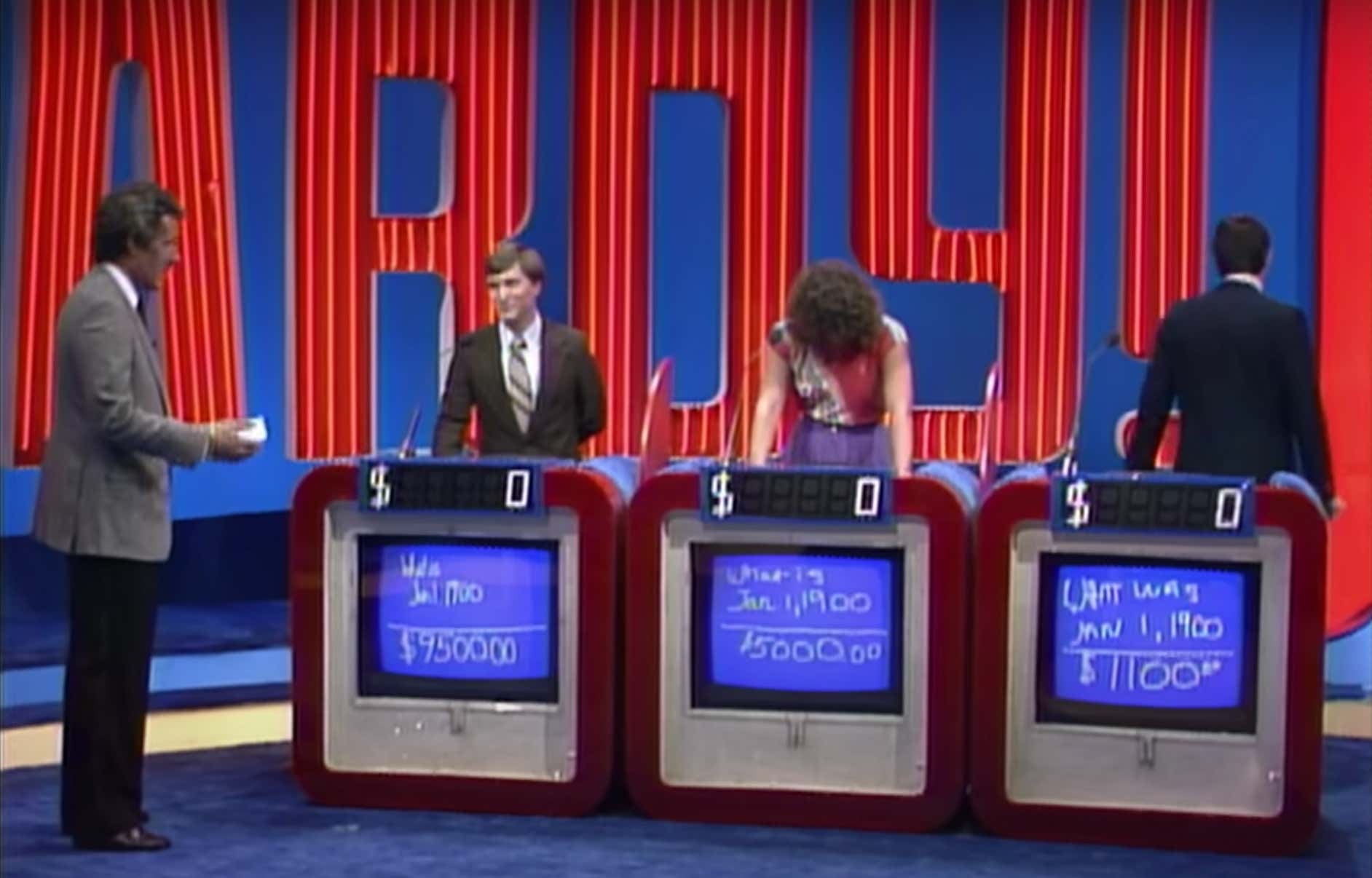 Here's to Alex having himself a great day as well another 80 years if he wants it, even though the thought of anybody other than Alex Trebek living to 160 sounds awful.