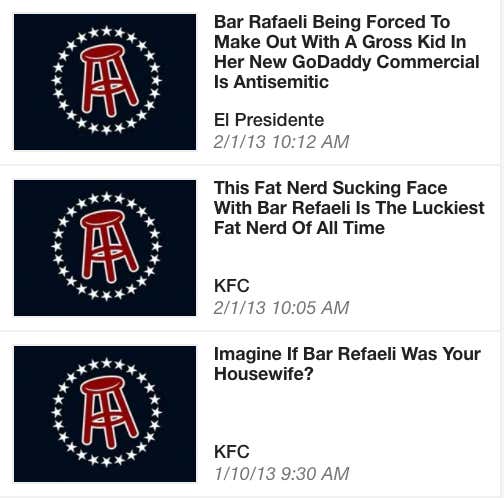 This is a story that the Big J Journos here at Barstool Sports have been tracking since 2015 (in between other extremely important news items) and this week she's finally been convicted & given her sentence.

The 35-year-old pleaded guilty to charges of providing false tax returns while living abroad in order to avoid Israeli taxes.

The model's mother was also convicted of tax offences.

Tzipi Refaeli, who also acted as her daughter's agent, was sentenced to 16 months in prison and also ordered to pay a 2.5m-shekel penalty and taxes owed.

The two women pleaded guilty and were sentenced under a deal agreed with authorities last month.

Israeli authorities began their investigation into the case in 2015.

Bar Refaeli admitted to not declaring her worldwide income for certain years, claiming that she spent most of the time abroad, although her lawyers said she had not intentionally avoided the tax payments.

Her mother, meanwhile, was convicted of signing property leases under the names of relatives to obscure the model's residency status, among other charges.

I can see me getting convicted for tax stuff at some point down the line, but only because I'm a large child who waits until the last minute, panics and then can't find the documents I'd finally started working on after stepping away for a couple hours. I look at the instructions on that stuff, all those tiny words & boxes & numbers, and it's like looking at a giant diner menu when I'm hungover. I can stare at it all morning but nothing is going to register. My brain simply hasn't the patience for it. I'll take my chances thanks very much. Huh... Come to think of it I guess me & Bar aren't so different after all.