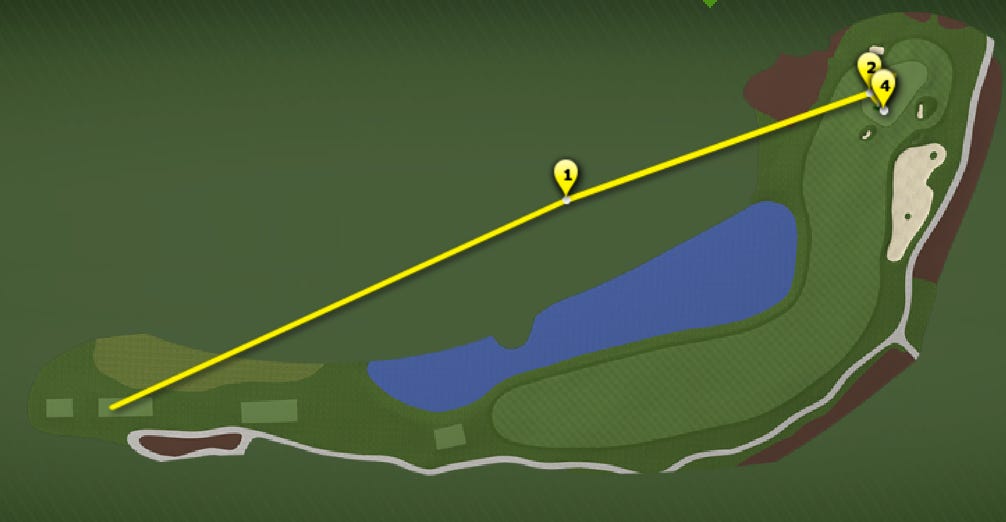 Awesome.  I bet Ben Crane is great at Golden Tee.  Or the-video-game-formerly-known-as-Tiger-Woods-golf on Xbox.  Just taking the shortest route possible and bucking the conventional way.  You can even hear him say, “Shortcut” after he hits it which is boss.  I will say this, if you’re gonna pull a ballsy move like that you gotta make better than par.  I’m not saying he’s gotta put down an eagle but he’s gotta at least walk away with a birdie.  You can’t show off like that then put a 4 on your scorecard.  Still pretty dope though.

PS- Not really sure what’s so special about Ben Crane’s position there TBH.  I use it all the time.  It’s called playing the slice and it’s necessary.  Ohhhhh look at Ben.  He is so cool and can hit the ball straight.  Show off.