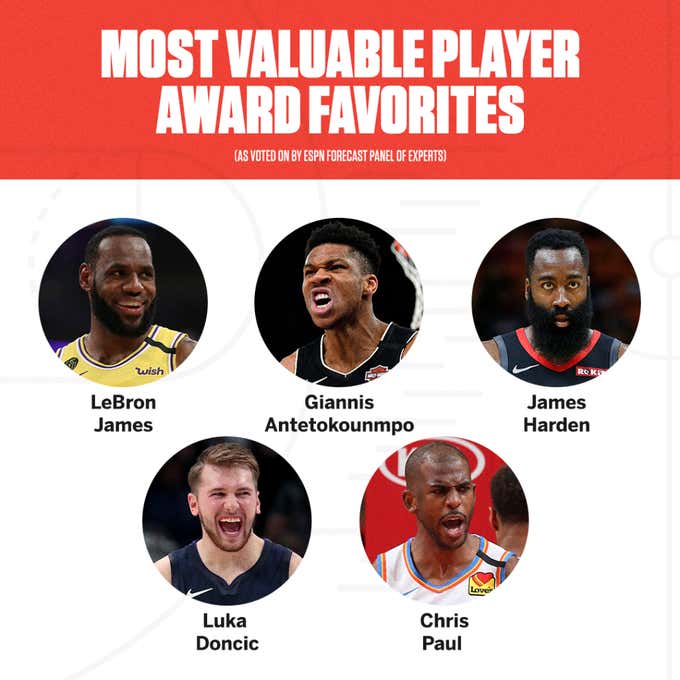 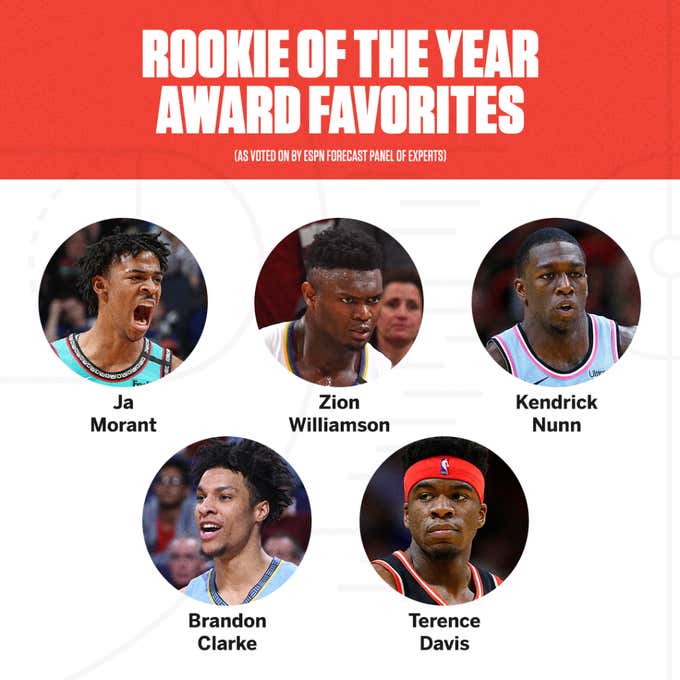 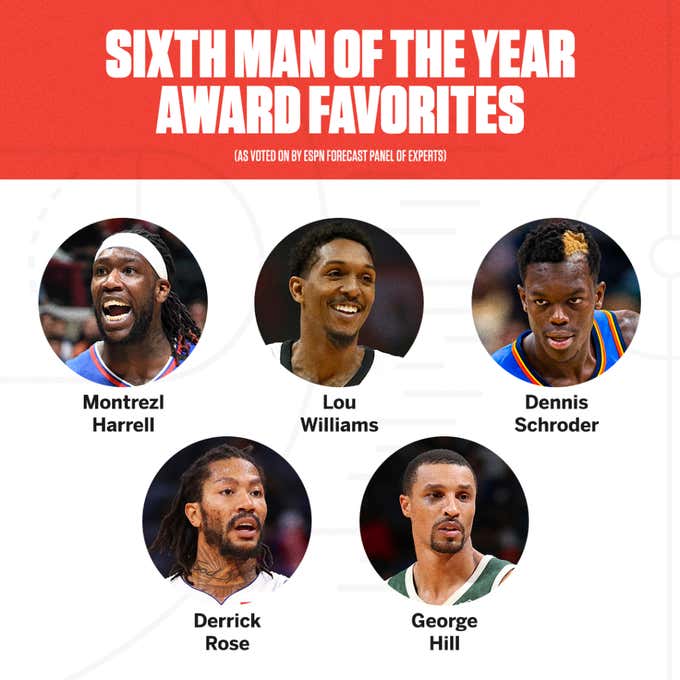 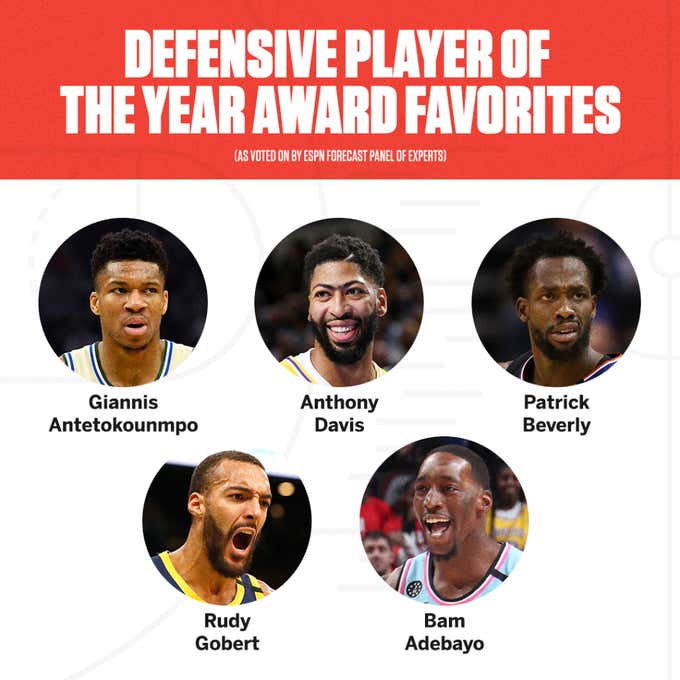 Since the NBA came out and announced that all NBA Award voting will only be considered through March 11th and won't include what we see in the bubble, people have been giving their predictions. As you could expect ESPN had their "experts" weigh in and just like I knew it would, their results have triggered me. I know it shouldn't, but it's been so long since we've seen any sort of basketball I have become weak. I wouldn't say they are drastically incorrect, but a few things don't make too much sense to me. I'm going to assume that the order of the circles from left to right is how they feel the order will be. That could be wrong, but I don't think so.

So let's start it from the top

You are out of your mind if you didn't think ESPN was going to have LeBron as the MVP. It's incorrect, but understandable. My problem is more with including someone like Chris Paul over someone like Anthony Davis. What is it with everyone suddenly trying to pretend like Anthony Davis isn't having an MVP caliber season? Yeah, OKC is a nice story and Paul was great this year, but he wasn't better than Anthony Davis. Someone who in my opinion is just as much a contributor to the Lakers success as LeBron. Why push him down just to prop up LeBron? The dude leads the Lakers in points, rebounds, steals, blocks, and is a gigantic reason they have one of the best defenses in the league. I'd say that warrants him being a top 5 MVP candidate.

My issue here isn't so much with ESPN because they aren't the only ones who feel this way and most likely this is the order we'll see, but I would tweak it. If you look at the entire body of work, Kendrick Nunn deserves to be #2. That is not me saying he's better than Zion, I have eyes. This is about who had the better rookie season in my opinion. Nunn came right in and started for MIA and they are a top 4 team in the East. He did it for 62 games not 19. I also think people tend to forget how bad Zion was defensively in his limited action. The offense was exciting as hell, but the other end of the floor was pretty much a disaster.

Two Clippers over a player who is averaging more points off the bench on better shooting splits than both? That doesn't feel right. The minutes are all relatively even too. You want to throw one of the Clips on there as the leader? No problem. But there is no way both of those guys have a better case than Dennis Schroder. You throw up 19/4/4 on 47/38% splits you deserve to be at the very least top two.

And I'm sorry…GEORGE HILL??? All 9 points per game? How does he make it over guys like Jordan Clarkson, Terrance Ross, or Goran Dragic? All of whom had better seasons? What planet am I living on.

This is not the first time I've seen what the ESPN experts are predicting for DPOY, but even all this time after their initial list they still haven't smartened up. There is absolutely no reason why a player who will not make All NBA first team at his position should be in consideration for DPOY over two guys that will. I'm not even going to make this about Marcus Smart because I know people will just call me a homer. I'm saying that in no way shape or form has Patrick Beverley had a better defensive season than Ben Simmons to the point where he's the only point guard listed. I don't get it. Simmons shuts down every star player he faces, and is going to be First Team All Defense. How on earth is Patrick Beverley a more deserving player than that? It makes no sense to me. That's not me saying Beverley is bad at defense, he isn't. It's more the level that Simmons (and Smart) produced at is better.