I don't care if you think Hard Knocks has fallen off a series or don't care about this year's season because it's hard enough to find actual fans that even care about the Rams or Chargers. We need to embrace Hard Knocks' return with open arms in the midst of all these whispers of the NFL season being impacted by coronavirus. Positive vibes only. Simply hearing that air horn, coaches coaching up their players, and dudes talking shit had me instinctively going to directly to the nearest fantasy football rankings site to stare away the rest of my day. And that song? What is there to say about the Hard Knocks song that hasn't already been said about heaven? Pure football bliss every single time.

The Rams may not have many exciting storylines since they were just on Hard Knocks four years ago and the Tyrod Taylor/Justin Herbert Chargers QB1 competition is not what anybody would consider riveting TV. But it is new football content, which is something I will never take for granted during these desperate times. And something tells me ESPN won't either.

P.S. The Rams new logo looking like a character from StarFox 64 will never not make me laugh. I don't understand how people get paid good money to come up with logos and uniforms yet always fuck it up worse than before. 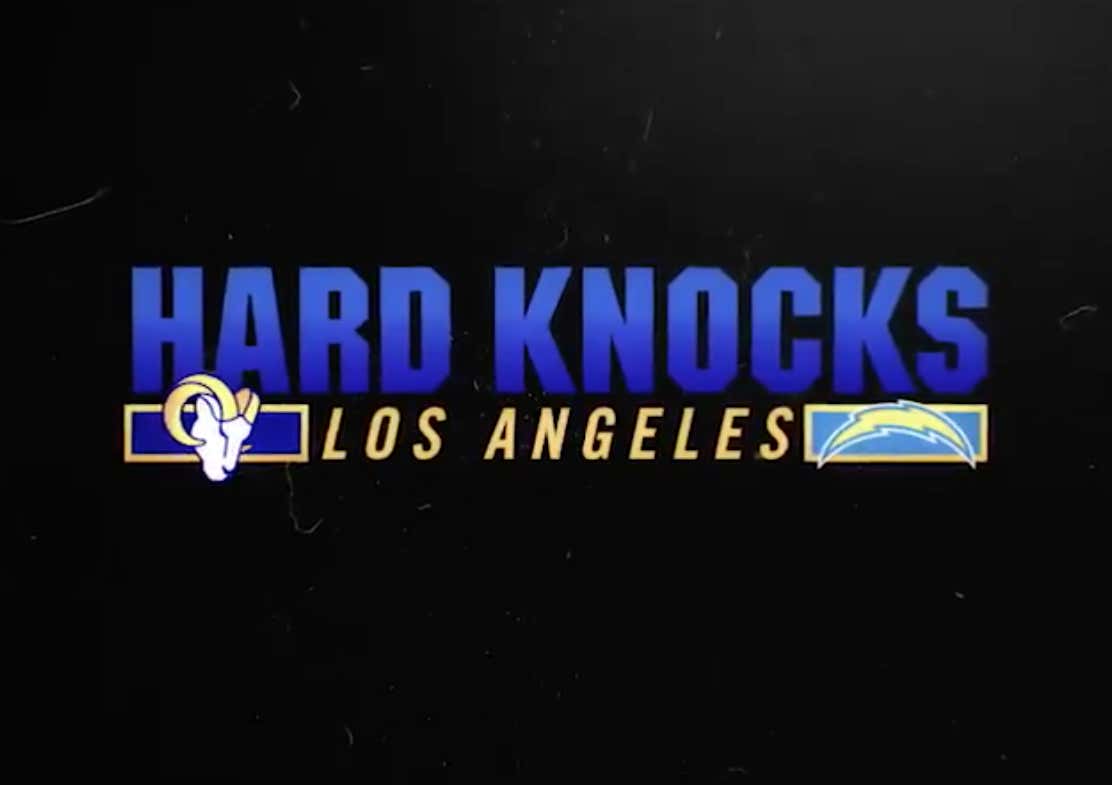 At least the Chargers will be bringing nothing but the motherfucking thunder every week*.

Technically lightning but whatever