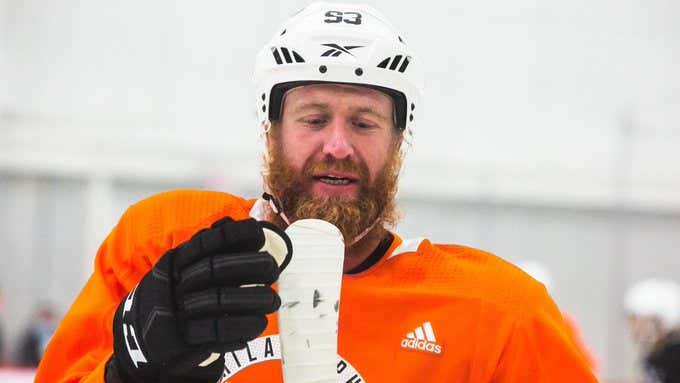 Not only is Voracek going sans visor, but it's also got the old Reebok bucket before the CCM rebrand takeover. Just an ultimate beauty move here from Jachobe.

As health officials all across the globe are begging people to wear a mask, Voracek goes in the complete opposite direction and pops off his visor just in time for the playoffs. Combine the no-visor with looking like Gritty's cousin with that beard and I'm calling at least 20 tucks for Voracek during the restart alone.

I have a feeling that little weasel Gary Bettman is going to step in here at some point and say he can't rock that lid once the games get going again. Mostly because Reebok probably doesn't pay for licensing in the NHL anymore and Cash Rules Everything Around The NHL. But if by some miracle chance this is the Voracek we get to see in the playoffs? Well then you all better kiss Lord Stanley's Cup goodbye because there's no telling what's going to happen to it once Gritty gets his paws on it.