ESPN - The NFL's Washington football team has hired Julie Donaldson to oversee all of its broadcasts as senior vice president of media, becoming the team's highest-ranking female executive, it was announced Tuesday.

Donaldson will be part of Washington's radio team, but she won't be doing play-by-play. Former play-by-play announcer Larry Michael retired last week amid allegations of sexual harassment, as detailed by the Washington Post.

Her first task will be to hire a play-by-play announcer, and she will have power and input on content for the team's various broadcast platforms.

"It is with great humility and sincere appreciation that I accept this new role," Donaldson said in a statement. "This is a challenge I've been preparing and working towards for nearly 20 years in sports media, including the last decade in Washington. I am excited to join the organization as we begin a new era and I look forward to working with my new colleagues in making it stronger than ever."

FINALLY a good move from the Washington Football Club (which is the name I've decided to call them until they finalize Red Wolves). After Larry Michael was booted...errrr...resigned amid the sexual harassment scandal, the WFC needed a complete overhaul of their media department. And Julie Donaldson is perfect for this job. It's not a token hire AT ALL, this was a long time coming and she's awesome.

I actually worry she's too good for this job. Like...that when you work for Dan Snyder you have to tip toe his bullshit company line, the same way we saw Larry Michael do it for 16 years. I thought they were going to hire some buffoon to fill his job, but for once Dan Snyder actually made a smart decision.

Weirdly Dan Snyder did not reach out to me about becoming the Senior VP of Media. Was it something I said? We may never know.

PS: No word if she plans to continue "Skintangibles". Crossing my fingers! 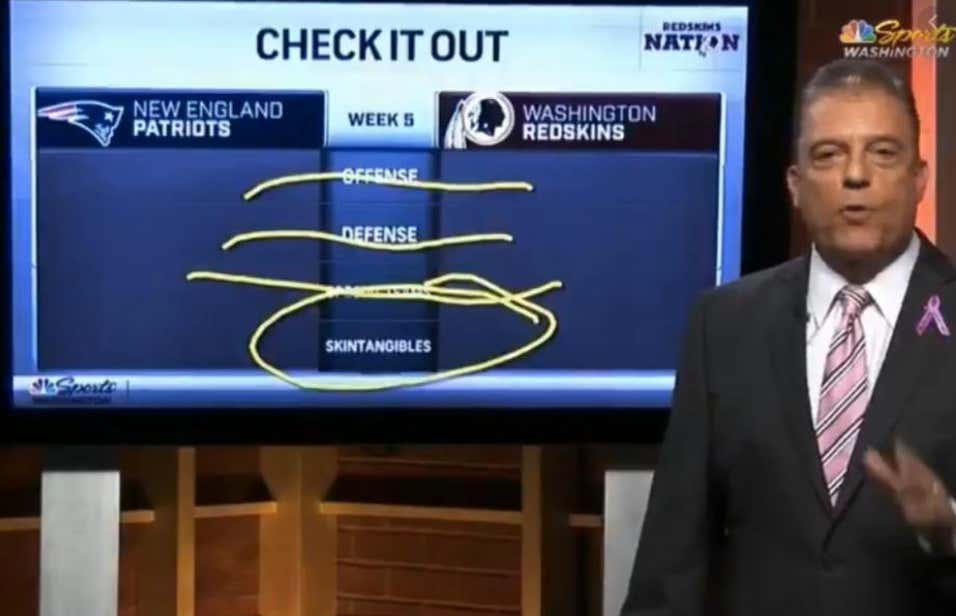