Yesterday on radio, Chief forgot to pick an intro song for the week, so I immediately chimed in with "Appaloosa" by Eric Lindell:

I stumbled upon this song a few months back on Spotify during a 10+ mile run I was on because I'm a freak of nature athletically. It definitely piqued my interest as I had never heard of Eric Lindell before and the song is a straight up jam. Low and behold, it came out in 2018, so it's not new, and most of his other discography is from 2010 and earlier.

The point is, the dude has been around for a long time... and he SLAYS. I have become addicted to his music recently. Straight up addicted. I do not understand whatsoever how he's not more well known - he has a bit of a John Mayer/Dead and Co. vibe combined with a little southern blue grass Amos Lee-like twang.

After listening to him more and more it's not just one song I like, it's like.... 100 songs of his I like, but nobody knows who in the fuck he is, so I'm taking it upon myself to share his music with the masses. 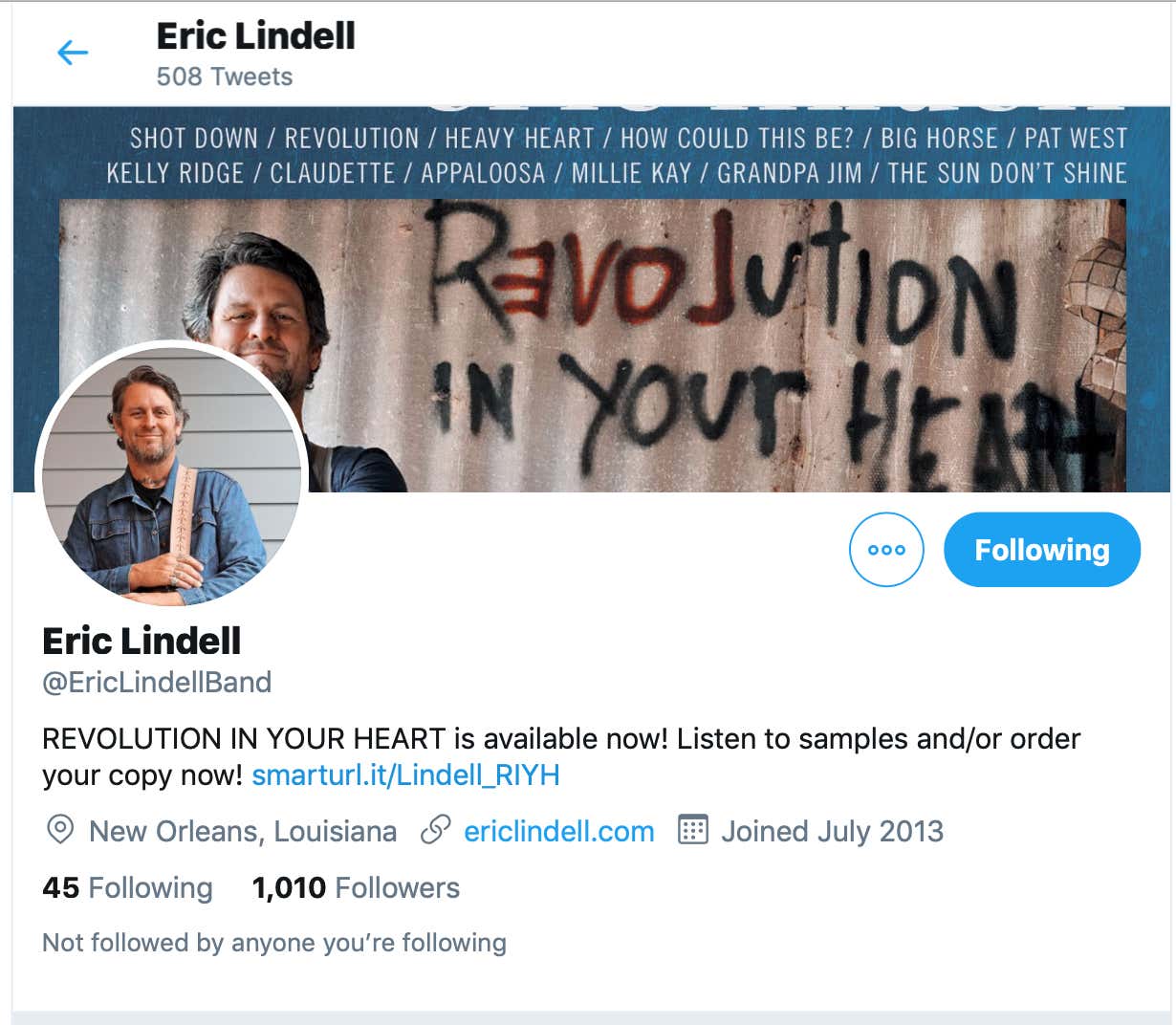 Other jams are "Give It Time" and "Heavy Heart"

Now he did have a hit back in 2006, kinda. "Lay Back Down" is by far his most commercially popular song as evidenced by 250K views on his video on YouTube:

But he's far from some household name. Just do yourself a favor and listen to his music for an hour or two today and get back to me. You won't regret it, the dude is so fucking good and I just can't get over the fact that he's not a huge star selling out stadiums. Fucking awesome music that you all need to know about. Better late than never.