Typically when there's a video of a Sammy Hagar lookalike wearing a pair of white Oakleys, chances are that dude is going to be the dickhead in the video. At least more often than not. But I don't think that was the case in this video. I mean, yeah, clearly the dude is out of his goddamn mind. Clearly he's a lunatic and has most likely been through at least 2 divorces with a third on the way. But the kid filming here is even worse. Because he's not filming just to document what's happening. The little twerp is clearly antagonizing. Sammy Hagar Jr. walked away on multiple occasions and instead of putting the phone down and letting the situation die down, this snot-nosed bastard decided to keep filming out of his window. So I was rooting for white Oakleys here. I was rooting for him hard.

But sometimes the situation gets away from you a little. Sometimes you end up saying things you can't take back. And "I will beat your fucking dick into the ground all day long" is just one of those things. Regretfully so. 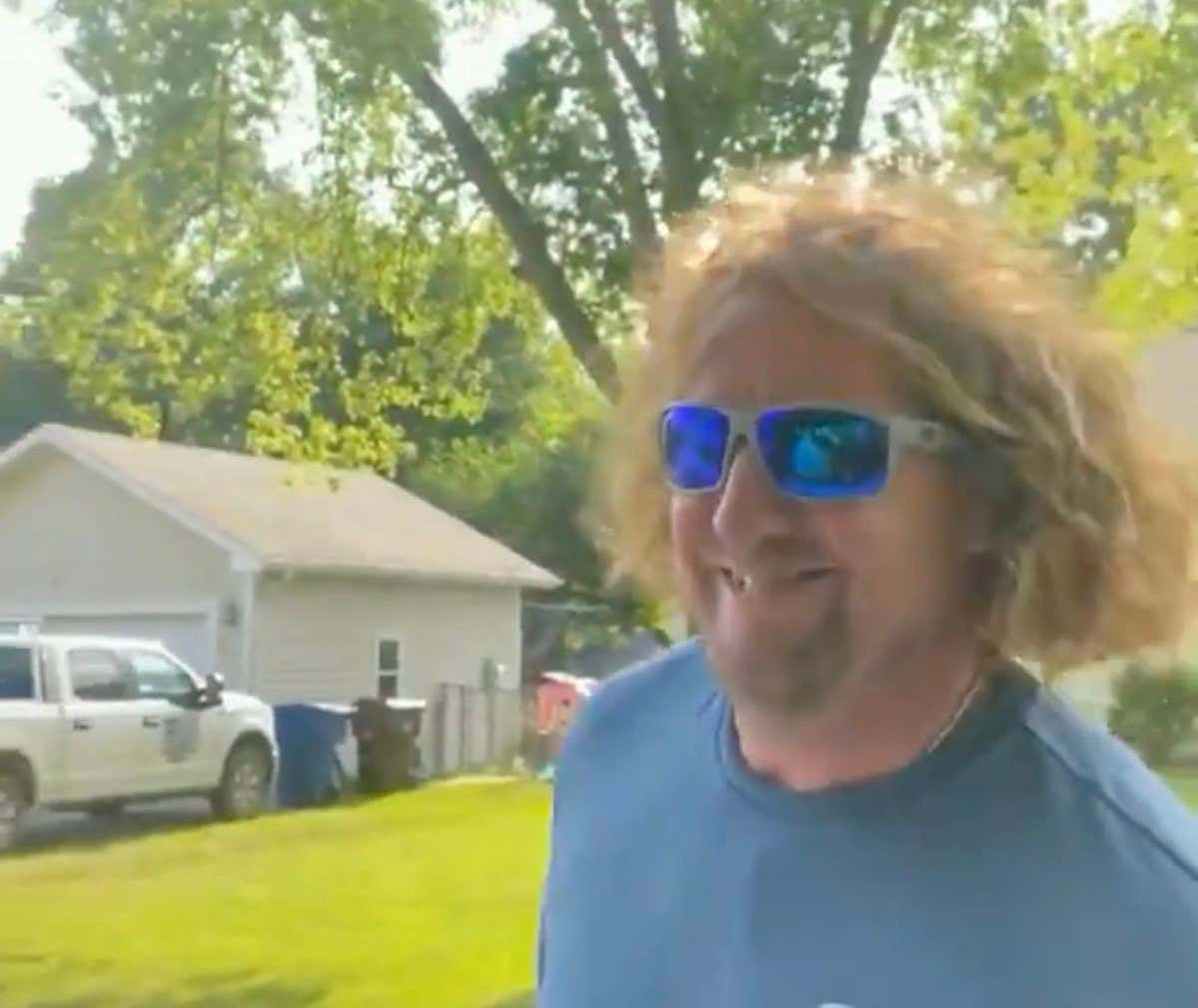 It's just hard to keep the tough guy act going when you just told the dude you were trying to fight that you're gonna jerk him off. Really changes the entire mood and dynamic of the situation. One moment this kid thinks he's about to get his face used as a personal punching bag, the next he thinks he's in for a little afternoon delight. Just a quick afternoon HJ as a treat. And if you're gonna tell a guy you are going to jerk him off in the middle of an altercation, you better be willing to back it up.

BMS was such a top tier show. I miss it more and more every day.