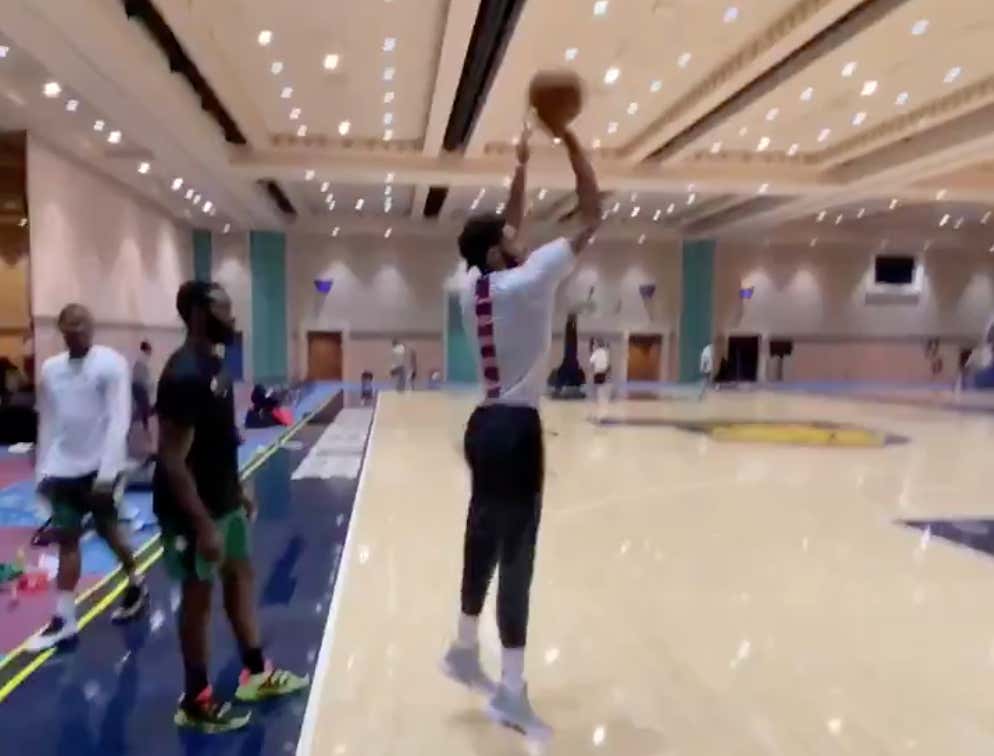 Just yesterday I talked about all the great videos we've seen on our timelines that showed how the Celts have been thriving in the bubble. Team chemistry is off the charts. But in that blog I stated that it was really the only thing we as fans had to go off of because there hadn't been any legit basketball footage yet. As I've talked about there is two parts to this bubble puzzle. The first is obviously the basketball side and how the players look after this hiatus, and the other is the mental side of adapting to this weird bubble environment. We've seen that they have no issues dealing with the bubble, but as the days went by I found myself more and more antsy when it comes to seeing them actually play. The quotes we were getting in media sessions were mixed and at this point is the same training camp pandering you should be used to. Everyone feels great and is in the best shape of their life blah blah blah. I want to see it.

Well, a few hours later we got just that. It was almost as if my blog spoke that into the existence and the internet delivered, so you're welcome. We have two pieces of video content of this team actually playing basketball, so let's see what we're dealing with

Why do I care about this? Well, we can't rule out the fact that I am pretty much a lunatic. But what do you want from me. It's been a total of 131 days since I've seen this team do anything basketball related. We've basically made it through a traditional offseason with this hiatus. If all we get at the moment is half speed practice footage, I'll fucking take it.

- Kemba doesn't look like he has any lift issues on his jumper due to his knee. Chalking that up as a positive

- Tatum hasn't lost a goddamn thing in terms of his touch. All that sports talk radio bullshit about him not having a hoop and playing golf looks pretty silly when you see he's still as money as ever

- Go to about 2:18 when it zooms in and we see Hayward take some catch and shoot threes. Tell me that doesn't get your juices flowing. Orlando Hayward looks great.

- I see you Marcus pulling up from three off a screen. Why is that important? Read this

Well if that video wasn't enough, the NBA wasn't done. Soon after practice ended yesterday we got this

I'm going to just say what we are all thinking

Yeah I know this is practice and NBA players make their practice threes but I also don't give a shit. This is a man who was shooting just 26% from three before the hiatus. We know Jaylen and Jayson are money from three, but I can't lie and say that seeing Javonte go shot for shot with those two didn't catch my attention. We know and love Javonte because he's an athletic beast who has some of the best in game dunks this team has had in years. But if he can somehow be an slightly below average to average three point shooter from the corners? I'm into it.

What I wanted to really focus on though was Tatum's form. Compare that to how it looked during the season from the corners

and it doesn't look like the time off hurt him one bit.

With Jaylen it's the same story. He looks exactly the same which for those who aren't aware is a player making the most 3PM of his career and someone who is having the 2nd best 3P% season of his career.

The Celts are in no way the only team in the bubble who have put out these type of videos or have players that look good in practice clips. That's the beauty of this moment in time. Every fanbase in the bubble is seeing clips and getting excited about their teams chances. Basketball is so close you can feel it. But this is the first time we've seen some extended footage from the Celts since they got down to Orlando and frankly it was just what I needed to see to kick my week off right.