There have been a ton of news headlines about President Trump and this cognitive test he said he aced. Enough that after I saw about a hundred tweets about it last night and this morning I decided I need to see what the whole goddamn fuss was about. After doing some research, (I went to journalism school) ((I googled "Trump cognitive test)) I learned the cognitive test he takes as part of his annual physical is The Montreal Cognitive Assessment (MoCA). Now, I'm sure that means as much to you (nothing) as it means to me (nothing). The entire test is not available publicly, but let me hit you with the visuals I was able to snag. 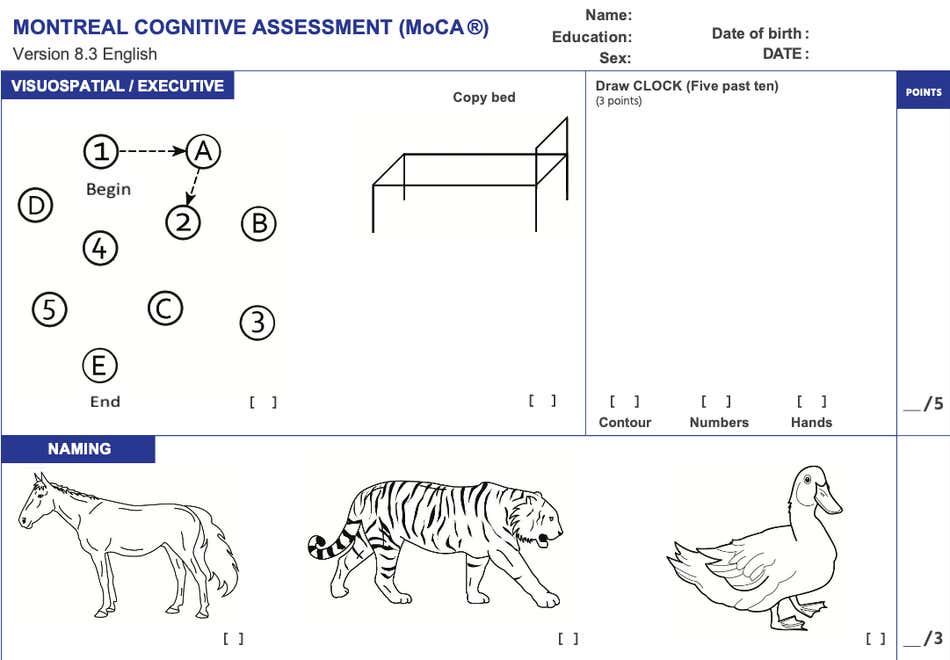 I tried it myself: 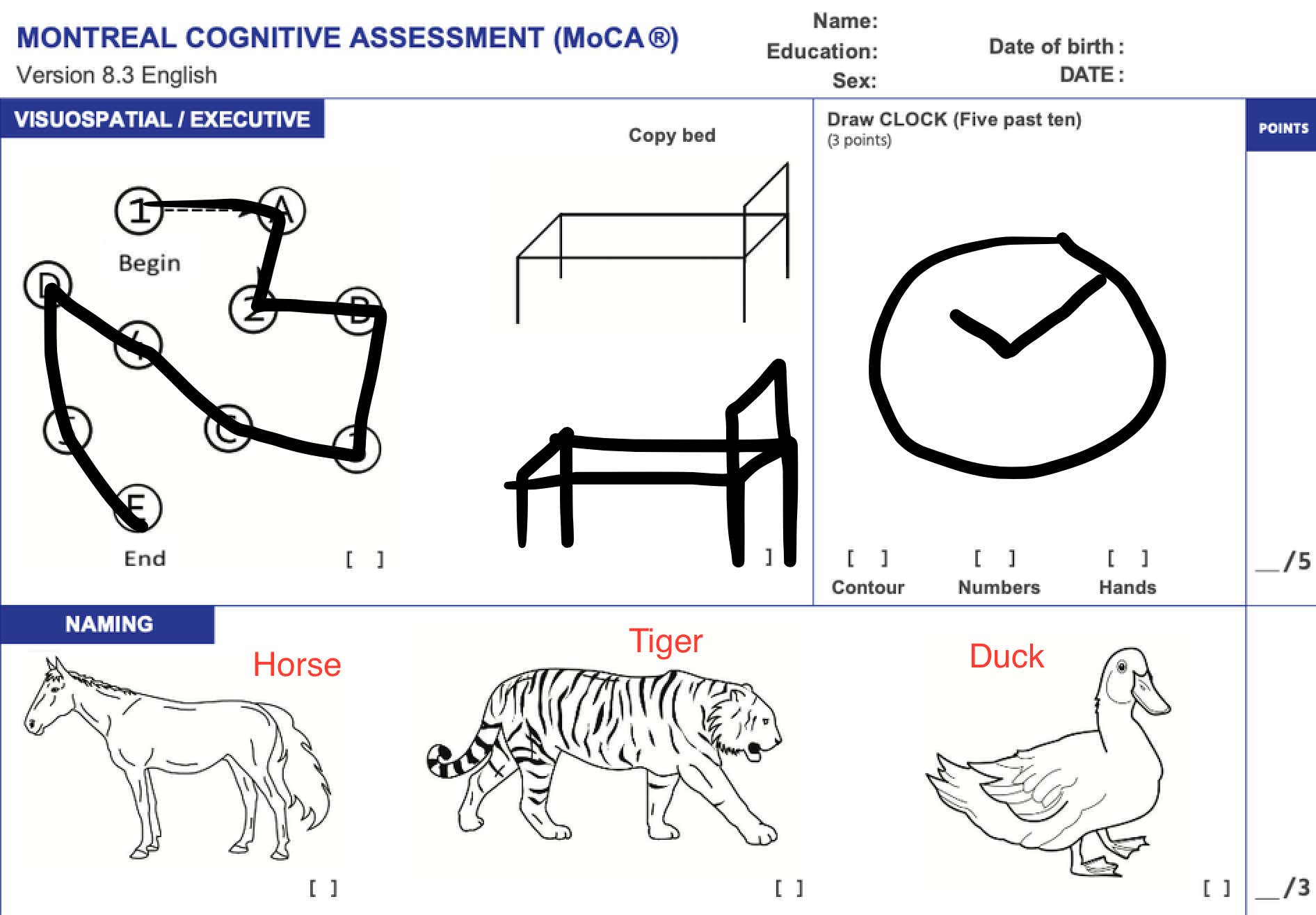 President Trump also mentioned that the last five questions of the test is where the real challenge exists.

I was able to find this final section via a Mashable article.

I'm not sure quite how to feel about this. Regardless of where you lean politically or how you feel about President Trump, this feels a smidge...easy? It reminds me of going to the school nurse and waiting in a chair for about 30 minutes to do the eye test after hearing 20+ other kids already do it. I have it memorized at that point and fear it really is not a great indicator of my current vision status.

To be fully transparent, I struggled with the bed part. I really never got the hang of 3D shapes. I have vivid memories of art class growing up and just not being able to draw that fucking 3D box regardless of how many times I tried. I am also now remembering that in elementary and middle school they let me type things instead of using a pencil because my handwriting was so atrocious. Also, my state tests in high school? I am also now realizing that until literally right this moment as I type this, I had repressed this. I think I may have been a borderline special education student..like physically? I am going to stop unpacking this now before this entire yarn ball unravels and I end up like Frank Reynolds when he becomes completely unzipped.

I'm honestly super glad the president aced this because anything short of that would be very concerning. Him saying he "aced" it definitely falls under the "weird flex but ok" category of brags, but generally I think if we're going to give cognitive tests they should probably be a bit more difficult.