We’re back! Back on the blog and back at Muirfield Village for the second week in a row and this time the course is living up to it’s reputation. Again we have a star-studded leaderboard going into the weekend at Muirfield Village with Finau, Rahm, Woodland, Day and even Spieth all playing well through the tough conditions to set themselves up nicely for a chance to win the Memorial. 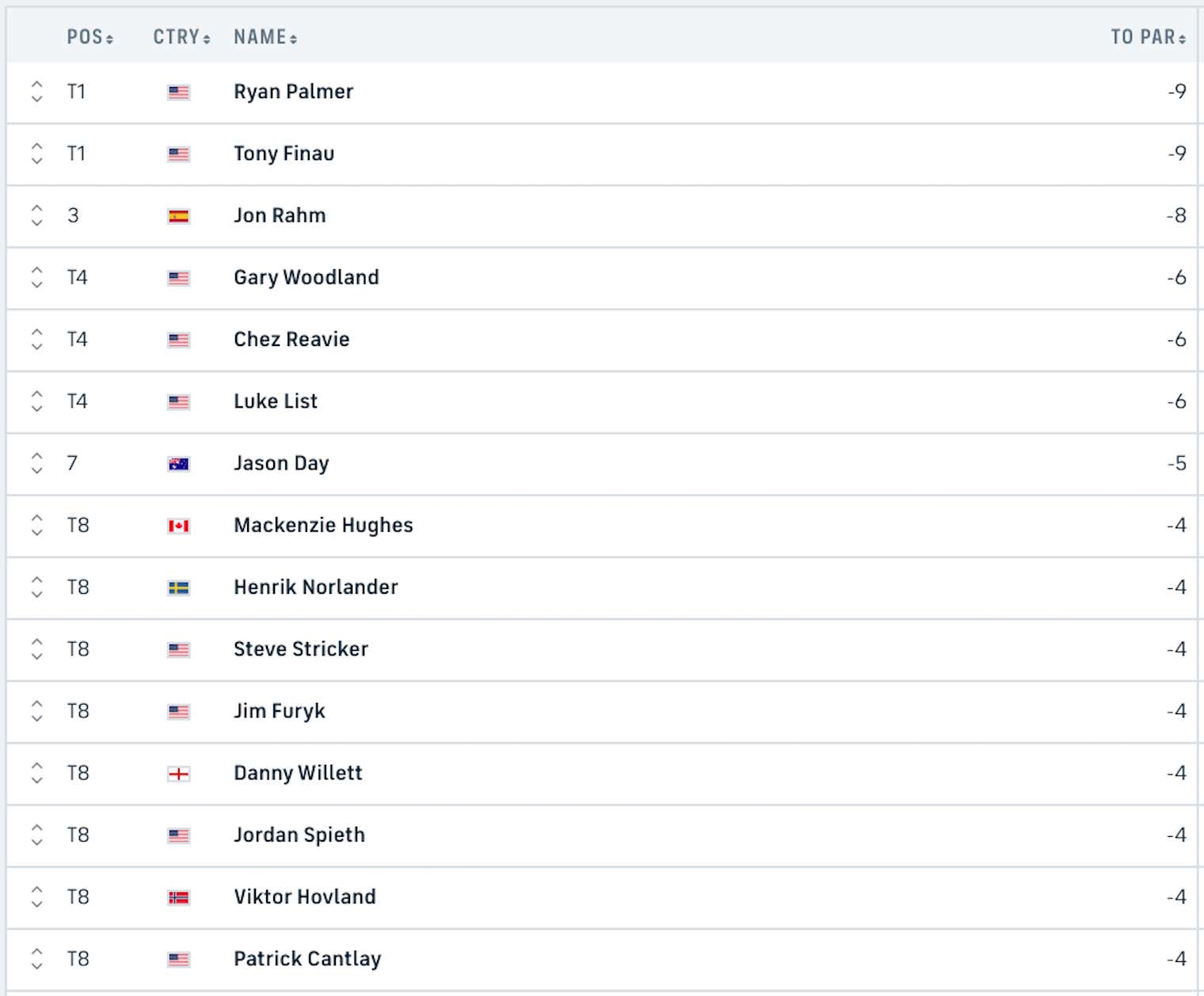 It's pretty shocking to see numbers like -9 and -8 on the board when only 30 out of 129 guys are in the red after two rounds. There's no denying the course is playing more difficult this week. One of the storylines going into this back to back at Muirfield Village was how the course was going to adapt from week to week. How were they going to keep it interesting and make it more challenging? Well with greens firmer, rough thicker and some help from the wind, we got the change we were looking for.  Let’s look at the difference in scoring average through the first two rounds between last week and this week.

Please look at it because it just took me no joke 35 minutes to input all these numbers and do the math. I took out a physical calculator for the first time in like 10 years. Also it could be flat out wrong.. I had no idea what to do with the guys who WD from the tournament so I didn’t include them in the total number.

Thats a pretty significant difference considering it's the same players on the same course. Dustin Johnson helped bring the numbers up this week after posting back to back 80s (+16). I didn't want to have to call out DJ like that but once I saw this lefty swing I was pretty rattled

Hilarious how much better his lefty swing plane is than mine.

Another guy who helped bring that scoring average up was everybody's favorite lunatic, Bryson DeChambeau. I'm sure you've seen the clips already but if you haven't.. Bryson was +1 after Thursday and was even through 14 holes on Friday before completely crumbling in front of our eyes on the 15th hole.

Bryson is wild boy right now. Every single time this guy is on the screen you have to watch because at any given moment he could be stomping his feet and bitching to a rules official, or he could be hitting 423 yard NUCLEAR bombs like he did on Thursday.

Outrageous stuff, but enough of that crazy person...you know what else is outrageous? The fact that Ryan Palmer was +14 last week, missed the cut and then comes out a week later on a more difficult version of the same golf course and posts a 68 (-4) on Thursday and follows it up with a 67 (-5) on Friday to give himself a share of the lead with Tony Finau.

So is this the week Tony breaks through and gets it done? I love Tony, he seems like the nicest guy on the planet and I love that short quick swing. It's mind numbing to think about how often Tony Finau is in the mix week in and week out but he only has 1 PGA Tour Victory (Puerto Rico Open - 2016). 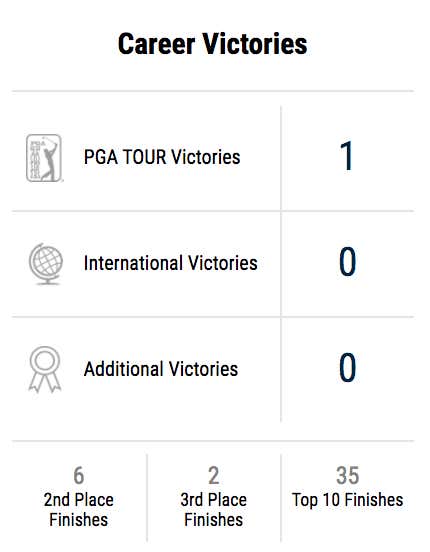 I'm sure I've said this very sentence going into the weekend before but I truly think this could be the week for Tony. Not only does he have the short game dialed but he is absolutely MASHING the golf ball

[via PGATOUR.COM] Through two rounds at Muirfield Village Finau has opened up and surpassed 185 mph off the tee eight times, with three of those surpassing 190 mph. His best, a roasting 193.158 mph on the par-4 18th hole in round one that resulted in a 367.9 yard drive.

For comparison, DeChambeau averaged 175mph before his transformation last season. His quickest ball speed from round one at Muirfield was 194.552 mph. His infamous 423 yard drive on the opening hole came with 191.138 mph ball speed.

“I’ve got so much in the tank that I leave out. The result for me to try it hit it further is my swing just goes back a little bit further,” he explained. “It's not something that I think about; it's just something that happens when I try and hit it harder. I just stand over it and say I'm going to hit this one a little harder.

Hilarious to think that all these years of watching Tony with his short, compact swing he's had the ability to reach all the way back and drop bombs anytime he wanted. Him saying "I just stand over it and say I'm going to hit this one a little harder" is the least relatable thing I've ever heard.

Another guy to watch this weekend is last year's Memorial winner, Patrick Cantlay. Cantlay had a sneaky great round on Friday where he hit 15/18 GIR and didn't miss one putt inside 10 feet. Cantlay is tied for 8th and only 5 back going into the weekend and if he continues to literally not miss a putt a green in regulation you gotta think he's a threat to make a move.

I guess while we're here we'll touch on the Boss Man. Tiger Woods, the greatest golfer to ever walk this earth, shot out of a cannon Thursday opening up with two birdies in his first three holes. It seemed as though the rest of the field should just pack it in because Tiger had this whole thing locked up about 30 minutes into his first round. Turns out it doesn't really work that way and Tiger ended up having a pretty sad looking Friday round where he looked like he was uncomfortable all day and barely made the cut (+3). Pretty weird to see Tiger Woods and Brooks Koepka teeing off at 8 am on a Saturday five hours before the leaders. Tiger birdied two of his final three holes on Friday so look for him to build off some of that momentum. I like Tiger over Brooks in that head to head.

My official prediction, not that you would ever want it because it means absolutely nothing, is Tony Finau to win the Memorial at -14. I can't wait to look back see how far off I was on this.

Enjoy the weekend of golf my friends!