USA TODAY - A Michigan jeweler is calling it quits after 23 years and taking prospective adventurers on a treasure hunt.

Johnny Perri, who owns J&M Jewelers in Washington Township, Michigan, had an "epiphany" after being forced to shut down due to the coronavirus pandemic.

"Although I enjoyed being in business for myself and have been blessed serving our wonderful customers, I’ve discovered that I was never truly happy," Perri writes on the website set up for his "Treasure Quest."

Perri said he read the news one morning and learned about the man who discovered art dealer Forrest Fenn's $1 million treasure chest. He decided he wanted a piece of that magic himself.

He and his fianceé, Amy, embarked on their own adventure, burying the contents of his entire jewelry store — and "thousands upon thousands" of precious metals and antiques — throughout the state of Michigan.

In total, he's buried $1 million worth of treasure.

"We went through waterfalls, streams, we kayaked everywhere," Perri told WJBK-TV in Detroit.

Each piece of buried treasure has an "X" painted on the spot, as well as a GPS so that he knows whether the treasure has been discovered.

A word of warning: Sharing clues online is forbidden. And during the pandemic, Perri notes that "good judgment" is crucial, so social distancing and frequent handwashing is important.

Do you hear that sound?

That's Mama Fratelli and the boys getting ready to let everybody else do the dirty work figuring out the clues how to get to o̶n̶e̶ ̶e̶y̶e̶d̶ ̶w̶i̶l̶l̶y̶'s Johnny Perri's treasure and then swooping in last minute to steal it. 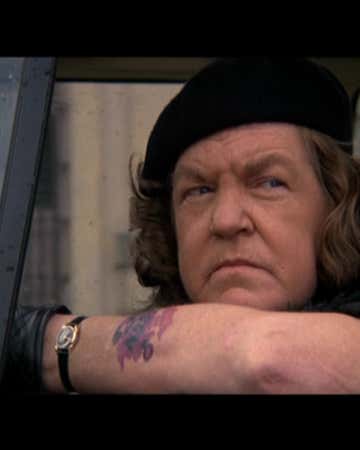 But in all seriousness, I am all for Johnny Perri's idea here.

Retire comfortably, then go out the same way you came in.

Share the wealth. And make people work for it. Better yet, give them something to do and a reason to get out of the house in these miserable times.

There is nothing better than a treasure hunt.

Think back to the last time you were happy. Not for a fleeting minute like after a last second cover, or beating a dealer with a five card 21, but really, genuinely happy.

Childhood. Before bills, responsibility, and all the other bullshit that comes with being an adult.

There's not a kid on the planet (unless they were future serial killers) that did not love the fuck out of any of the above.

(sidebar - Serious question, are kids even allowed outdoors today? Or is it all just video games, pads, and youtube all day everyday? I remember not being allowed in the house unless it was pouring out or 20 degrees or below.)

Back to the blog and Perri's treasure. You incorporate adventure, the outdoors, and the chance to get rich and I am in.

Also, this isn't some sketchy operation like that guy Fenn ran. As KFC pointed out, numerous people died searching for that and coming up short. Then one day he just announces, "hey, they found it. Nice knowing ya." and it's over?

Flag on the play bud.

Our guy Johnny Perri, despite his name, is an honest man. He fixed GPS trackers to all his stashes so he'll know for sure when they've been found and has proof they're out there.

Also, with all due respect to the Rockies (one of my favorite places on Earth), don't sleep on the state of Michigan when it comes to scenic beauty. Not just the Upper Peninsula either, the Traverse area and northern lakes part of lower Michigan are incredibly beautiful. People that haven't been scoff, but Torch lake is legit one of the top 5 lakes in the world. If you've been you can see why. Crystal clear blue water that looks like you're in the Caribbean, not the midwest. And the Upper Peninsula is pretty much preserved frontier land. Untouched for the most part, it feels like you're on another planet compared to Detroit which is only 3-4 hours away.

Don't take it from me though.

Take it from Tim The Tool Man Taylor -

Hopefully Michigan's tyrannical Governor doesn't put a kibosh on this contest like she did in disallowing people from going to their vacation homes. (Yah, that actually happened). Because this should make for some good family outings to round out an otherwise sad summer.

Hold on, what's that?

$4200? Come on man. If you really hid a million dollars worth of treasure we're talking 250 of these individual hunts? Quality over quantity. Always.