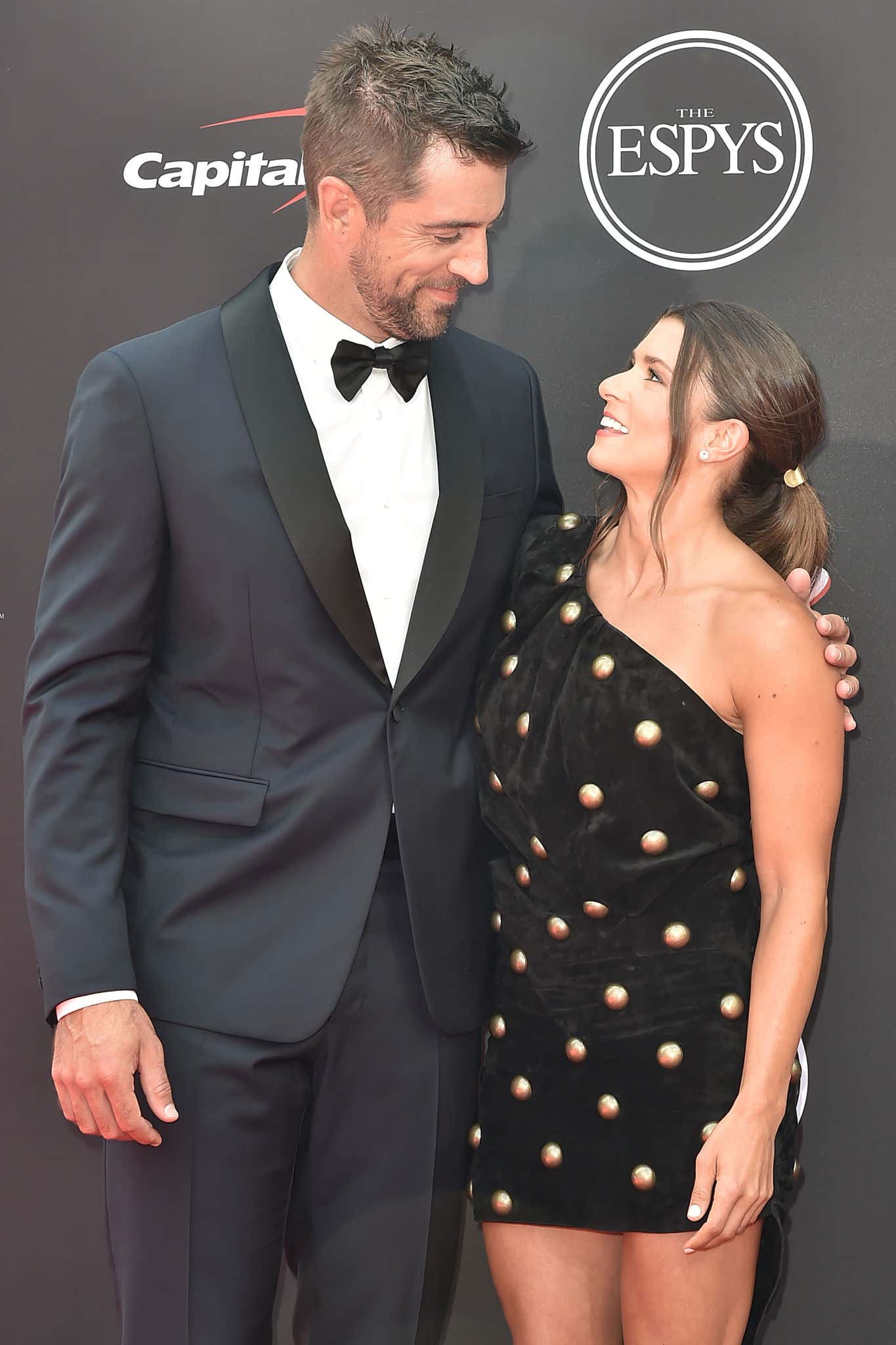 On Wednesday, rumors surfaced that Aaron Rodgers and Shailene Woodley were spotted "getting cozy." According to the report, Danica Patrick stopped following Rodgers on Instagram - a clear indication that their relationship was dunzo. I took it with a grain of salt and moved on because I'm not about spreading rumors that involve my quarterback.

Well, the break up is no longer a rumor.

Danica's rep confirms to E! News that she and the Packers star are "no longer together."

Rumors of Danica and Aaron's breakup began to swirl last weekend, when fans of the couple noticed that the former professional driver was not present to support her boo at the American Century Championship…

I guess people are a lot more suspicious/nosy than I am. When I saw Patrick wasn't present at the tournament, I figured it was for reasons related to COVID-19 and never gave it a second thought. Meanwhile, people have been out here developing all sorts of conspiracy theories that basically turned out to be true.

And upon further investigation, it seems the star is no longer following her beau on Instagram and deleted a few posts with the athlete on her feed, as well, with the last post featuring Aaron being from April 11.

A brief search of Rodgers' Instagram shows that he still follows her.

Honestly, I'm a little surprised. I, like most people, thought an engagement was on the horizon. They were always together and extremely supportive of each other; she went to his games, he went with her to the track and on her podcast. It seemed they were both intrinsically driven and focused on reaching their higher selves, together.

They were both living together in his Malibu home, so maybe it was the lockdown that created the separation? Who the fucks knows what happened or how it went down, but I'm not going to sit here and speculate because, again, he's my guy, and breakups are tough.

And the only thing I know is that I want my MVP quarterback ready to go come September. (If we even have a season.) The organization already did a fantastic job of motivating and pissing him off with Jordan Love, maybe the last thing he needs in his life right now is love. Bring on the focus and rage.