Hand up, I didn't realize Twitter had enough power users that alternated between their timeline and DMs so often that they needed a quicker way to access their DMs. But that's likely because I am an old, married, washed up blogger that probably uses 2% of what Twitter can actually do.

Anyway, that video made it appear that switching between your timeline and DMs is going to make things a lot easier and by easier I mean 1000 times more confusing, which should be a lot of fun for the screenshotters of Twitter as well as the smut bloggers that write about those screenshots.

I am going to set Ray Allen's infamous tweet as the extremely high bar of horniness for someone to mistakenly clear once this feature goes live since it's pretty much the reason I wrote this blog. 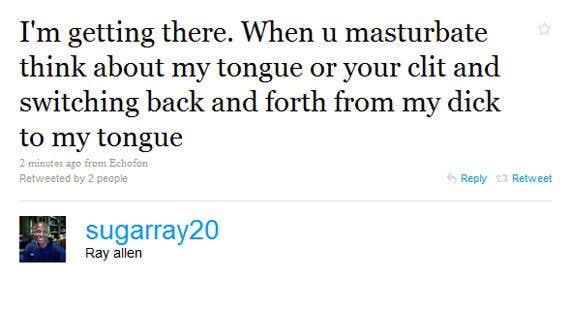 It may be tough to get better than that. But as Ray's former teammate once said...