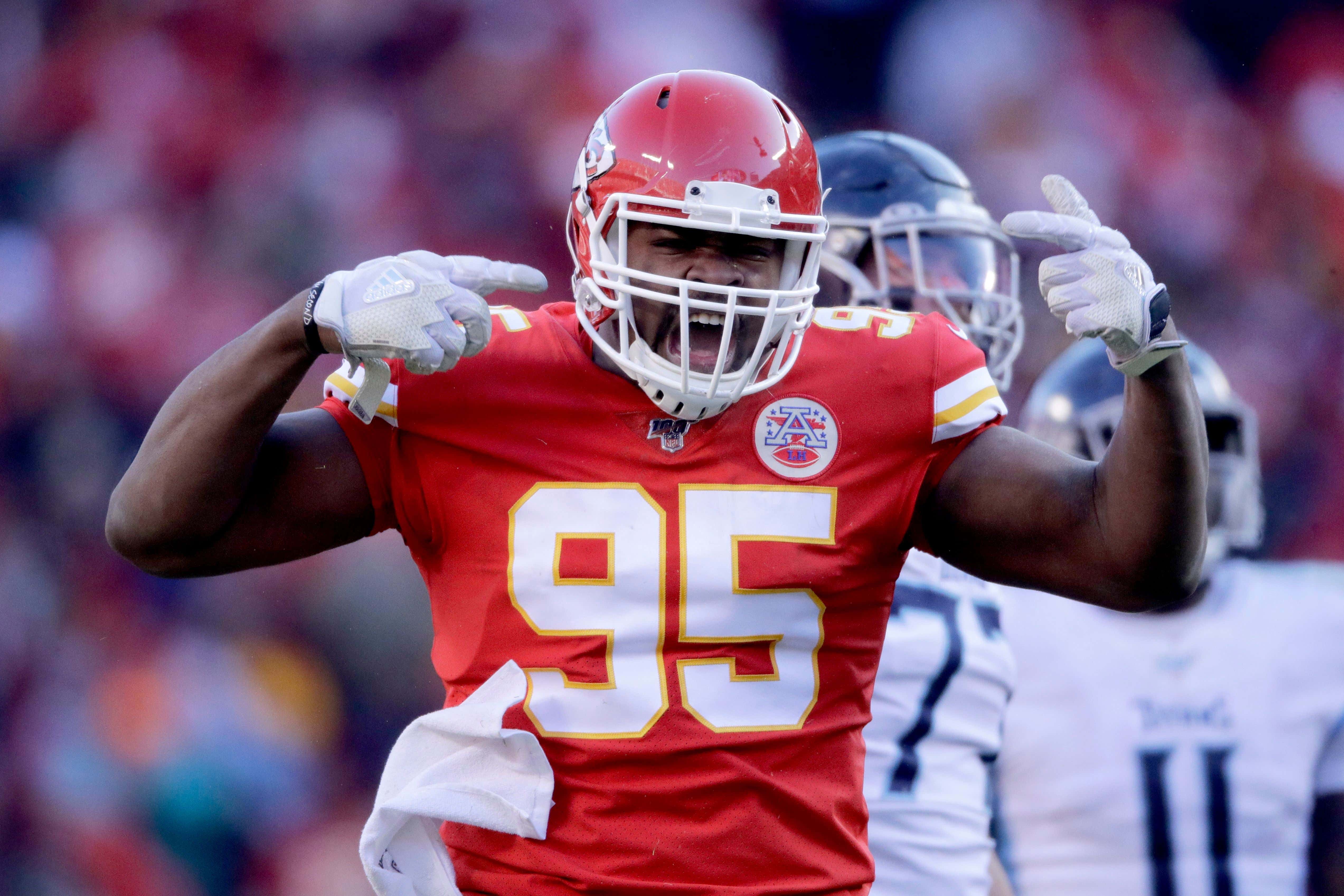 Let's be perfectly clear about one thing right up front. I am not the least bit bothered by Chris Jones calling the Chiefs a dynasty. I'm not mad at him in the slightest. As a matter of fact, I don't know how I could ever get mad at a guy who had his dong come out of his shorts while running the 40 at the Combine in 2016.

My reaction to this isn't anger. It's more like the first half of this:

Seriously, there's something sort of sweet about a team winning its first Super Bowl in over 50 years and throwing out the D word. A kind of innocent hopefulness that's to be admired, not put down. I mean, Kansas City players want to put themselves in the class with the 1960s Packers, the '70s & '80s Steelers, the '80s 49ers or whomever, that's just the sort of wide-eyed optimism we don't see enough of as we pass through this vale of tears. And it should be encouraged, not discouraged.

After all, they've won one Super Bowl in a row now. And practically won one the year before. They were favored to. But then they lost that unlucky coin flip in the conference championship and unfairly weren't allowed to get the ball in overtime and America was deprived of the chance to see them win. So we can pretty much call that a win too. Which for all intents and purposes puts them in a class with the Yankees, Canadiens and Celtics. Hell, they might as well be the Yamato Dynasty, the Imperial House of Japan which has been around since 660 B.C.

I think it's fair to call the Chiefs a Dynasty as it was to say it about the '68 Jets or the '85 Bears or to say Foster the People are the same as U2 after "Pumped Up Kicks" was a hit. Some franchises choose to wait for their third or even their fourth before they start that talk. But I say, why not get out ahead of it.

After all, Ricky Proehl saying, "Tonight, a dynasty is born, baby!" worked out really well for Ricky Proehl and the Rams.

And Proehl was definitely correct. It just wasn't the team he was talking about.