So, this is major news and apparently Dickie 'Scoops' Vitale is striking while the iron is hot. Who could forget his scoop that two programs will get NOA's sometime in 6 weeks? That's how you break news on Twitter and there are very few people better on social media than Dickie V. Who else could film a video sideways for the entire video? Who else could fire off tweets from concerts? Not that fraud Magic Johnson, who we now know uses someone else to fire off his tweets.

Oh, but wait a minute. Here's the response from Tillman: 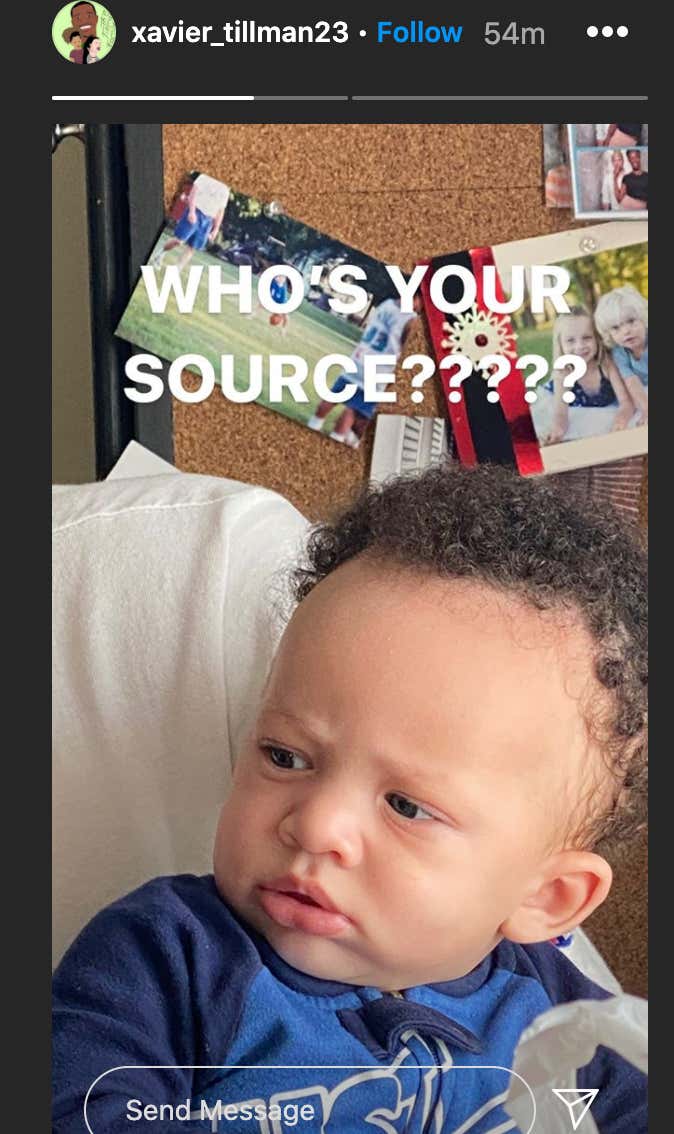 Now him returning would be surprising. First off, Xavier Tillman has 2 kids and is going to get drafted this year. You may not know this, but you 'can't' make money in college hoops and can make way more money in the NBA. You may also not know this but kids are fucking expensive. He's mocked to go in the top-40, with the outside shot of sneaking into the end of the first round. Still not a bad gig, you're talking a ton of money in that range.

Second, Tillman is already kinda old. He's already 21 years old and we know that NBA front offices look at age and things like that. So in that sense it's also kinda baffling. Finally, the most important thing here, we don't even know if there's going to be a college hoops season. Why not get your draft and original money? Just seems like something you should do in these times.

Now, working under the assumption we get some sort of season and Tillman returns this is what you'd be looking at. Tillman was one of the best defenders in the country last year. He can switch on the high ball screen, he knows how to hedge and recover. He's awesome defensively. If he wants to be better than that top-40 mock, he needs to start shooting the ball. He's an undersized big that doesn't really have a shot. Not the best combo in today's game. That said, he is awesome in the PnR set and has a soft touch around the rim.

Need Dickie V's response to his source off. Need it.