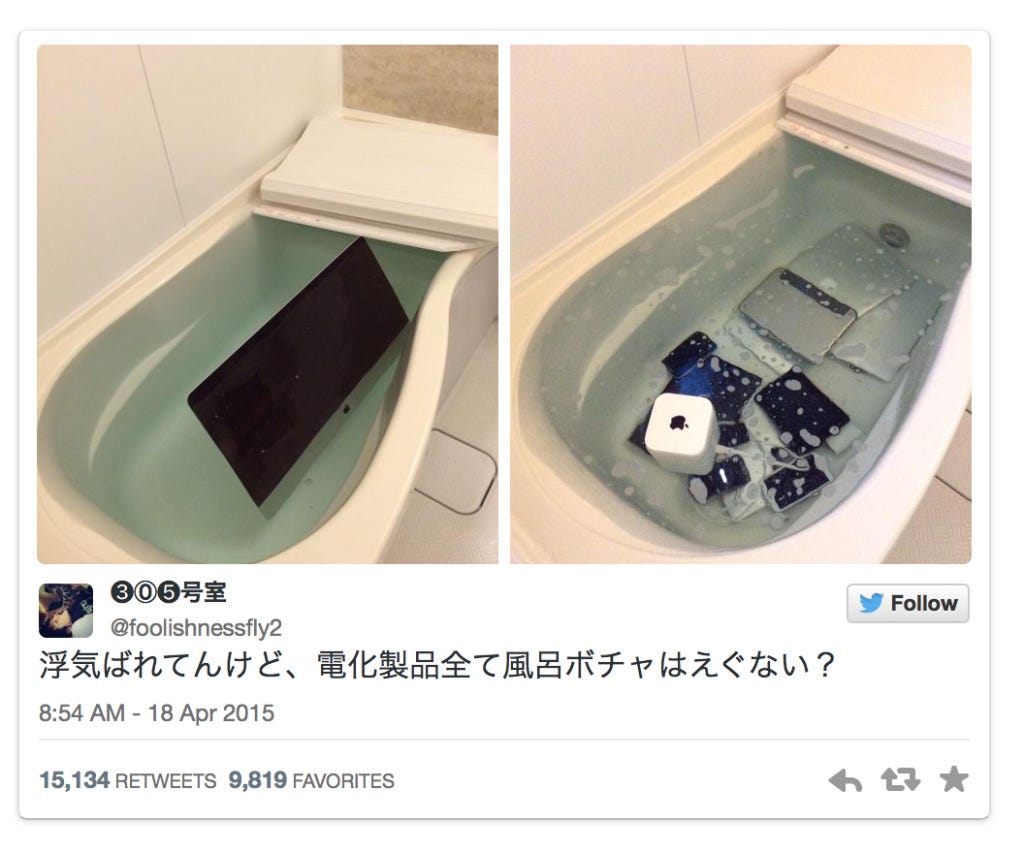 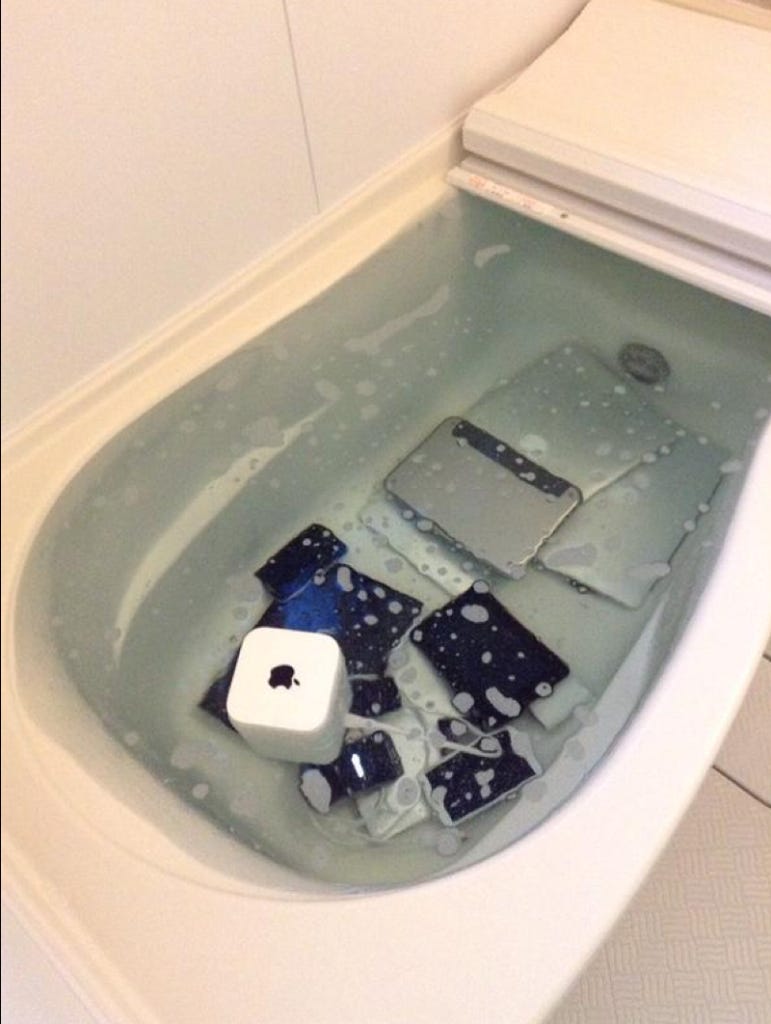 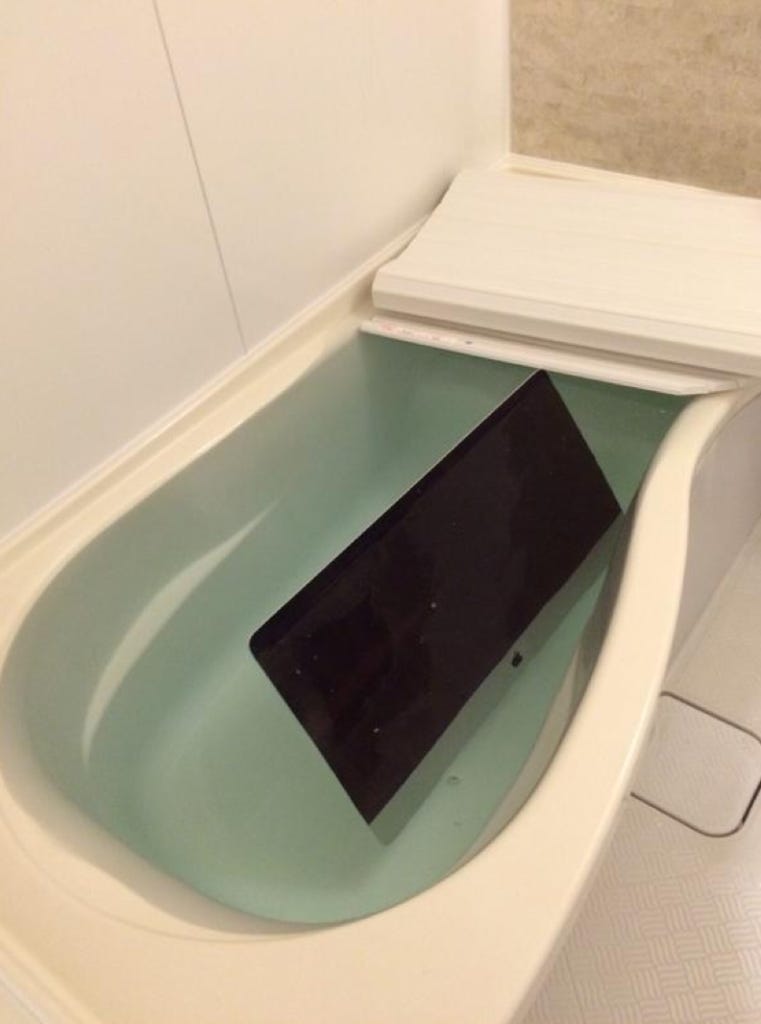 (Source) – Anyone in a committed romantic relationship knows that the worst possible thing your significant other can do is cheat on you. Cheating never ends well. A Japanese Apple fanboy learned that lesson the hard way after his girlfriend drowned all of his beloved devices in a bathtub to punish him for cheating on her. After discovering what her “darling” had been up to, Twitter user @foolishnessfly2 collected her philandering beau’s sizable collection of Apple products and, without hesitation, dropped everything into a tub full of water and what appear to be soap suds. She didn’t just want to soak the tech; she wanted to inflict maximum damage. In a further act of retribution, she took a picture of her expression of “heartache” and posted it on Twitter.

How the fuck do you have about a billion dollars worth of Apple gear but live in a place with a bathtub the size of a bidet? There’s some shit in that tub that I’ve never even heard of. I think I see like two Pros, couple iPad minis, and iPad, a desktop and like three things that I really can’t identify. At no point in purchasing all that shit did the guy think “Maybe I should just not buy this, as I have enough technology, and instead I’ll move out of this motel room.” That’s why she’s pissed off bro.  She’s dating a nerd who would rather spend money on Angry Birds than he would her. Girls can forgive cheating as long as it’s physical. When it’s emotional, as it is with your Apple shit, that’s when it becomes a big problem. Couple that with the fact that you’ve been making her lay down in the fetal position whenever she wants a tub and this was bound to happen. Fucking another chick was the stressor but she’s been dreaming of destroying this shit every night for years.