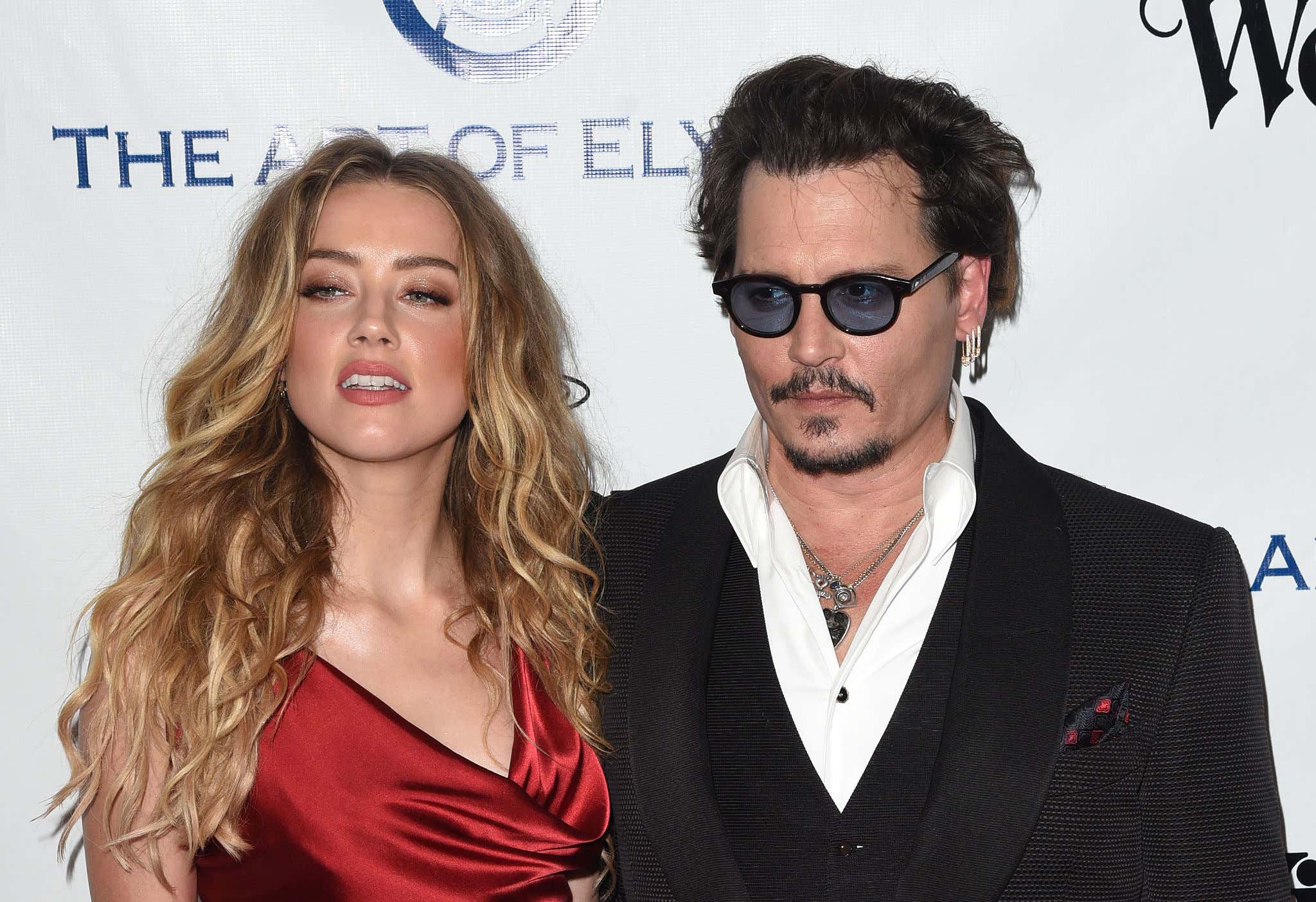 Johnny Depp may have made the decision to divorce Amber Heard after she allegedly pooped in their bed, but it appears that deuce wasn't the only thing she allegedly dropped on him.

PEOPLE - Johnny Depp is testifying that Amber Heard got physical with him after finding out he was hundreds of millions of dollars in debt...

"It’s just a type of wild swinging … kind of a roundhouse punch, as it were," Depp elaborated of the alleged physical abuse. "It’s a bit of a wild swing, but effective if it reaches the target."

Uhh... let's back up here for a second because already this is a lot.

1) Johnny Depp owes hundreds of millions of dollars.
2) Amber Heard, his wife, finds out about this massive debt on the night of her 30th b-day party, at the party.
3) Amber Heard rings in a new decade of her life by allegedly punching Depp in the face.

Now, maybe it's because I'm poor, but learning your husband owes hundreds of millions of dollars is kind of a big deal. Some might argue if ever (I said "if") there was a reason to punch your husband in the face, it would be upon discovering that you two are suddenly in the hole a few hundred million. Some (not me, but some) might even say a tiny little knuckle sandwich is letting him off easily. After all, people have murdered their spouses to collect life insurance money that amounts to .25% of that debt, so taking on debt of that magnitude out of nowhere? Well, one can see how that could be slightly upsetting.

Unless, of course, it wasn't his fault.

It was put to me this way, because I had no idea about money or amounts of money: Since Pirates [of the Caribbean] 2 and 3, I had – and this is ludicrous to have to state, it’s quite embarrassing – apparently I had made $650 million, and when I sacked [the former business managers], for the right reasons, I had not only lost $650 million, but I was $100 million in the hole because they had not paid the government my taxes for 17 years.”

Ok, so it's not quite as bad as People made it out to be in their opening line. Depp isn't in debt hundreds of millions of dollars; he only owes a measly $100 million! He is SHORT $650 million thanks to his managers who stole it without him ever realizing that over half a billion dollars was somehow missing from his accounts. So while he technically has $550 million (650-100 for taxes) less than he should, that $650 million didn't exist to him before this discovery and wasn't a factor in his finances, so really he's only out $100 million.

Is that grounds for being punched in the face?

I'll hang up and listen.