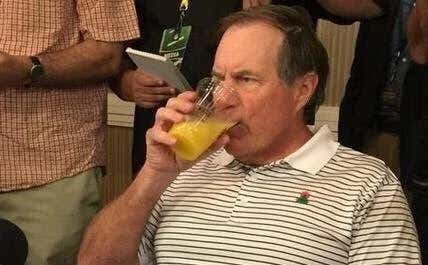 Over the last couple of days, the Patriots did the one thing they are best at in the league, but the thing only the most obsessive Pats fans, the most educated Capologist specialists and the Kevins, Oscars and Angelas ever pay attention to. They moved money around on a balance sheet and instantly made themselves more competitive in the process. From Mike Reiss:

The New England Patriots have settled compensation grievances with Antonio Brown and Aaron Hernandez over the past week, which creates notable salary-cap space for the team, league sources told ESPN.

The Patriots had owed wide receiver Brown $9 million, and as part of the settlement he will instead receive $5 million, per sources. ...

In addition to that $4 million credit on the Patriots' cap, the club received a $2.55 million credit after settling a long-running compensation grievance with the late Hernandez, per sources.

Earlier this week, prior to restructuring the contract of running back Rex Burkhead, the Patriots were down to less than $500,000 in space. The club now has $7.79 million in room under the salary cap.

To give you an idea of how significant this counting of beans is, they went from having the least amount of cap space in the league in 2020 to, according to SportTrac's calculations, the 9th least. With plenty of potential redoings like Burkhead's and possibly an extension or two (Joe Thuney would be great news) still ahead. And it had to start by settling claims by a murderer who's been dead for three years and a guy who played four quarters here.

If this stuff bores you, I don't blame you. I for the life of me can't understand it any more than I could do my Calculus II homework today. And when I try to read about it, I just end up doing that look like the dog gives you when he can't figure out which hand you put the slice of ham in. What I do know is that 20 years ago when Belichick beamed down to Foxboro from his own dimension, he said getting the cap in order was critical to cleaning up the mess left behind by Bobby Grier and Pete Carroll. And it's worked out reasonably well.

Why creating this room was critical not only has to do with how they'll need to replace the inevitable injured guys and camp cuts. It's got to do with adding more talent to the locker room before practices begin. Because believe it or not, even in mid July, there are options out there. Ranking them in ascending order:

Suggs is a disaster who goes through his career like the thief wants to get caught, repeatedly choosing the move that will get him suspended over the move that will force a punt. Bennett has the same code name in New England that Andy Dwyer gave Ann Perkins: Been there, done that.

Talib and Ryan have played here, thrived, and know the system. Reid is a serviceable safety. Freeman is a solid, dependable running back. All play positions where the Pats aren't the least bit desperate for help. The first three are DBs and the Patriots have unarguably the deepest secondary in the game.

Freeman would have to crack a versatile running back depth chart when 2019 third rounder Damien Harris barely saw the field as a rookie and is expected to share the load this year. Reed was good but unfortunately concussions cost him all of last year and I have a hard time believing the medical staff would sign off on him, with his seven documented concussions leaving him one hit away from becoming the subject of  a Will Smith sequel. There are also lot of good offensive linemen, but with all five starters returning and heavy investments in the last few draft classes providing depth, I don't see them adding one, barring injuries.

Pryor hasn't been in the league since a near-fatal knife attack in 2018. He told TMZ he has already spoken to New England among other teams, and would love to catch passes from Cam Newton. Wideout is obviously an area of need and it shouldn't eat up too much cap space to sign him to a one year Prove It deal. 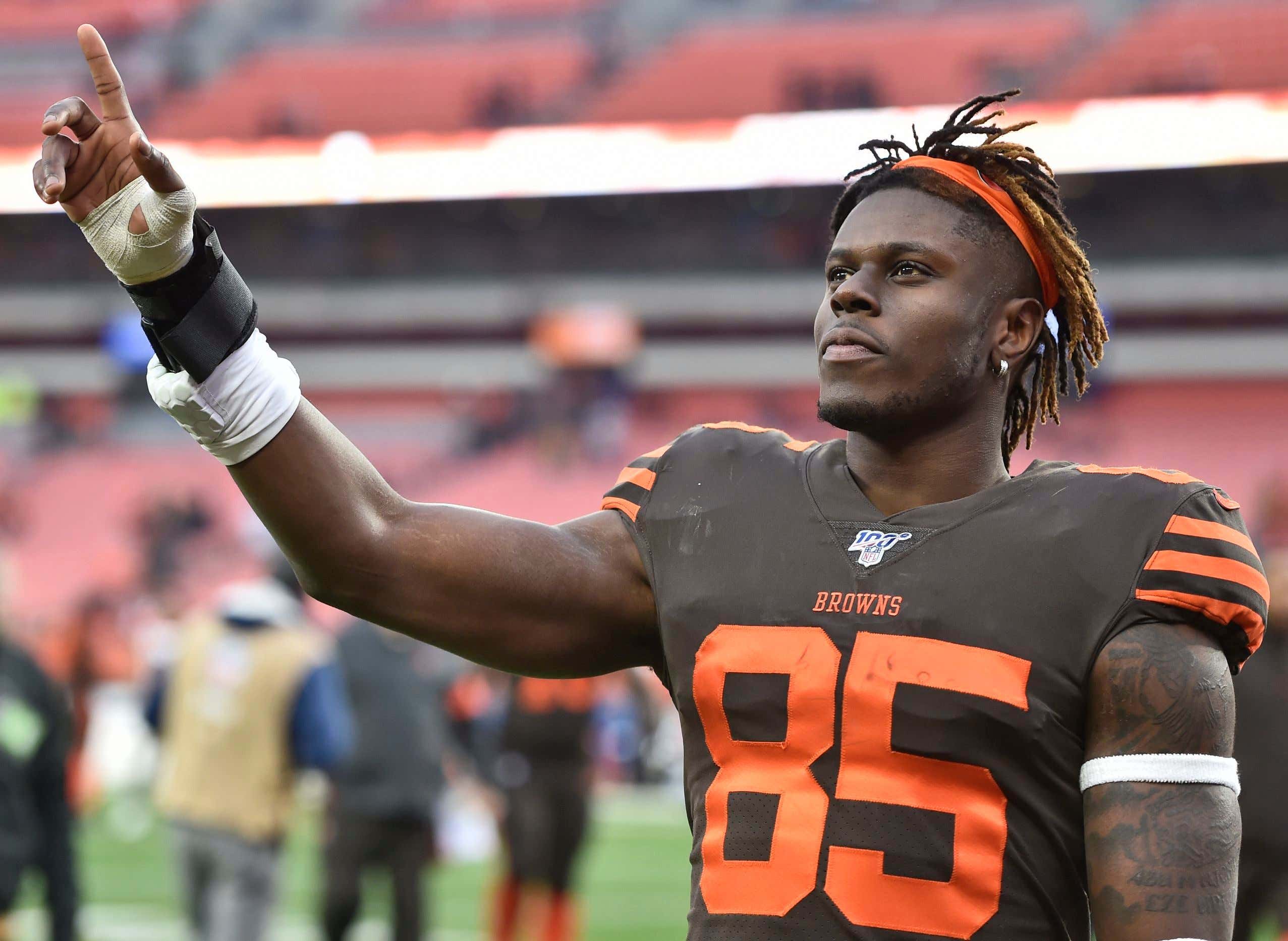 This is your classic Patriots pickup. A former first rounder who hasn't lived up to his potential playing on a bad team, is unhappy losing, and whose agent has declared he wants out. It'll take some draft capital or some talent going back to Cleveland to make it happen, but now at least they can afford him. He'd immediately give some experience to a tight end room made up of two rookies and some depth guys who were non-factors this year. Plus, Njoku just turned 24.

Griffen last year produced a stat line of 66 pressures, 9 sacks, 14 QB hits and 43 hurries. Across the board, those numbers are higher or equal to the numbers of both Kyle Van Noy and Trey Flowers. And he made his fourth Pro Bowl. He's holding out for more probably than the Pats can still fit under the cap. But the later it gets, the more it makes sense for him to consider coming here for a year, balling out and then breaking someone else's bank in 2021. You know, the way Van Noy and Flowers did.

One of the big assets of the league's best defense last year was the ability to stuff the inside of opposing offenses with big, space-eating, 2-gap inside presences like Danny Shelton. Shelton is gone now. And anyone who remembers the way they got gashed by Derrick Henry early in the playoff loss will appreciate the need for all the fatties they can get. Snacks is not only 350, he's played in this system under Matt Patricia in Detroit. Seems like a natural fit. Which would seem to be the case since the restaurant he mentioned in that deleted Tweet, Union Straw, is just a couple of miles from Gillette. 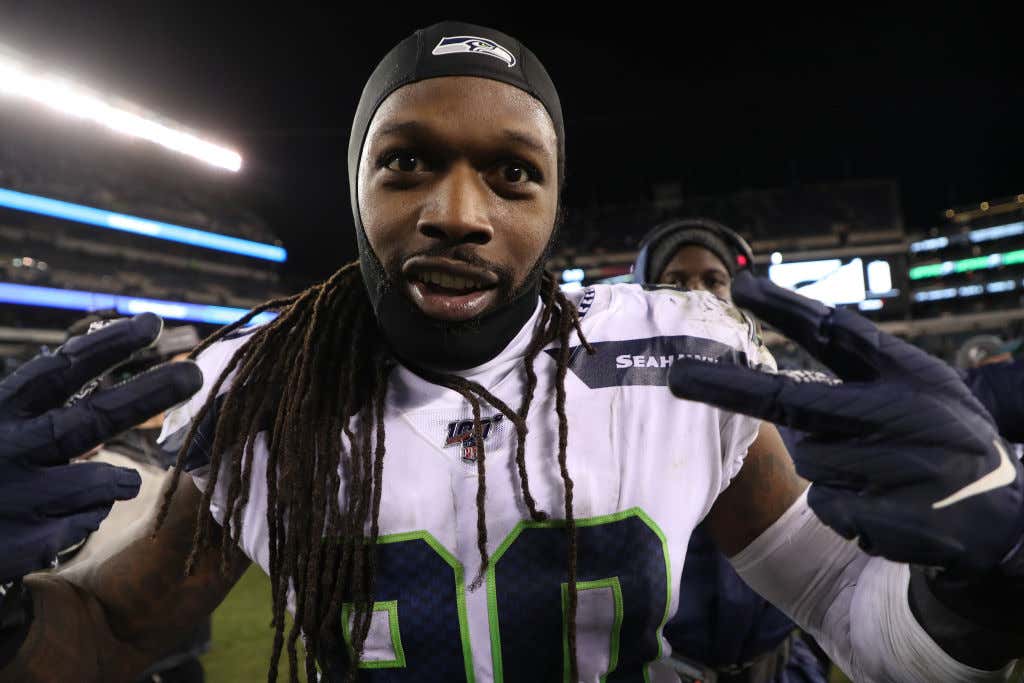 Clowney is unemployed solely for the fact he's looking for a ton of money, not his performance. Yes, he only had three sacks. But Belichick cares way more about pressures and hits than worrying about that one stat. And Clowney not only registered 48 pressures and 10 QB Hits, he was Pro Football Focus' 10th highest graded edge player overall. He'd have to take less than he's been holding out for to come to Foxboro and compete for a championship. But at least after this latest bit of creative accounting, it's possible.