I've got baseball fever again and it feels awesome. 10 days. We are 10 fucking days from Opening Day and it looks like we might actually get there despite the naysayers saying there's no chance. Every team has been holding intrasquad games and televising them for the public to get their fix before the real thing gets cooking.

The Detroit Tigers finished 47-114 last year which was good for a 53.5 games out of first place. For the most part they've got an aging Miguel Cabrera surrounded by a bunch of a really young guys and some okay pitching. You won't see much from them unless they pull off the extraordinary like they've been doing the last few days. These two catches you're about to see are simply outrageous.

The first one comes from Riley Greene, the Tigers 5th overall pick in last year's draft. Dude was looking forward to his first full season of minor league baseball until corona happened. He was luckily added to the 60 man player pool where he'd be given chances like this one to make a play.

First of all, how the fuck did CJ Cron hit that baseball? The catcher was sliding over to make a block because the ball was thrown that far low and inside. Meanwhile Cron golfs that baby out of there over the fence. That was some Vlad Guerrero type shit right there. The power you have to possess to muscle that baseball that far is insane.

Next the catch. Every outfielder to ever own a glove has dreamt of making that kind of play. Full extension, entire arm over the fence, pulls it back in and hangs on. Absolutely insane. Yeah I'd say this kid has some potential wouldn't you? What's crazy is it wasn't the best play I've seen out of Tigers camp in the last week. Check out Derek Hill...

Now you might watch on first glance and be like, oh yeah impressive grab over the shoulder running straight backwards. Probably made it a bit harder than it had to be in actuality, sure. I can hear Brandon Walker from his house yelling at a cloud saying that was routine, but look closer and realize how insane this was. As Hill is sliding out there the ball comes loose in mid-air. Hill then locates the ball as he's sliding and saves it from hitting the ground with his barehand. WHAT! 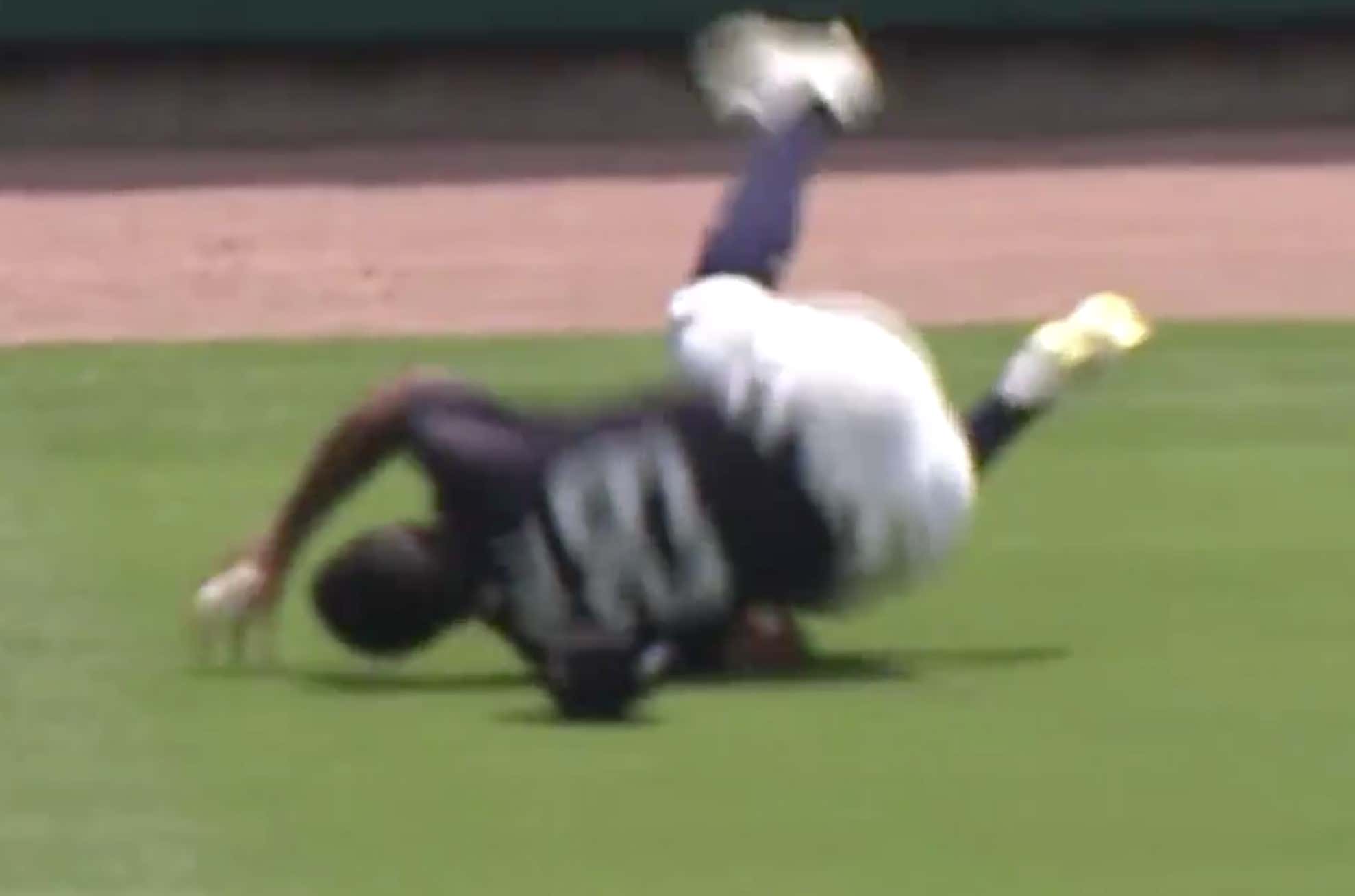 I don't know if I've ever seen something like that before.

Keep the web gems coming Detroit. Hey maybe in a 60 game season if you play defense like this in the outfield you can actually make some noise. Okay, probably not given how bad this roster is, but hey at least you'll be on SportsCenter a few times!