Significant news out of the soccer world today.

The ripple effects that were going to come out of Manchester City being banned from the Champions League were going to be massive. Star players would have most likely left and the dominant run by Man City may have ended. This was going to be very disappointing for the ownership of Manchester City (headed by a Sheikh in UAE that has more money than god) due to the club not winning a Champions League since they've bought the club.

On top of a potentially wild transfer window this summer, the ban would've also put the squad in 5th place in the Premier League table to the Champions League. The ban being reversed effect not only Man City, but Chelsea, Leicester City, and Manchester United, who are battling for the final 2 top 4 spots instead of the final 3. 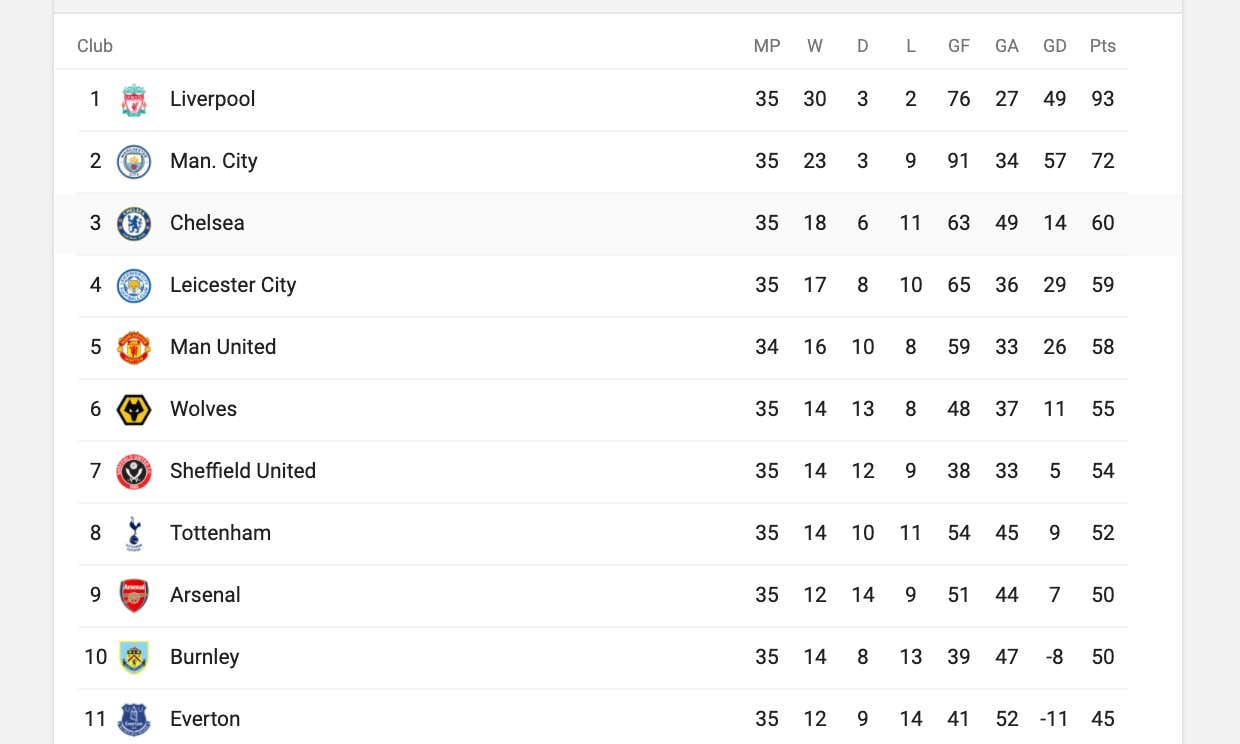 From 538, here are the probability for who finishes top 4: 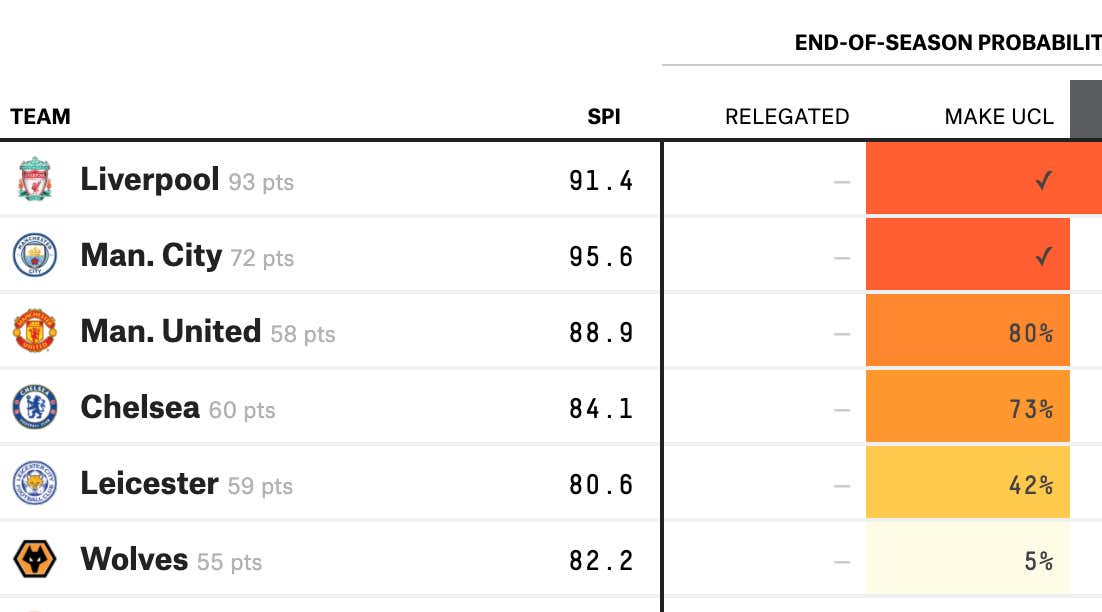 The ban was originally given to Man City for violating UEFA's Financial Fair Play rules.

SOURCE-The Club Financial Control Body (CFCB) had previously found that City "committed serious breaches" of FFP regulations -- which limit the net losses that clubs can accrue over a three-year period -- between 2012 and 2016 and failed to cooperate with the subsequent investigation.

City took their case to CAS on June 8 after the initial ban and fine were issued to them by the adjudicatory chamber of the independent CFCB.

On Monday, the CAS statement said that charges related to concealment of equity funding "were clearly more significant violations than obstructing the CFCB's investigations," so it felt it was not appropriate to impose a ban on participating in UEFA's club competitions.

For some, this isn't much of a surprise. Gary Neville predicted this ban would be overturned back in February:

As you probably figured out by watching the above clip, the FFP rules are very controversial in the soccer world.